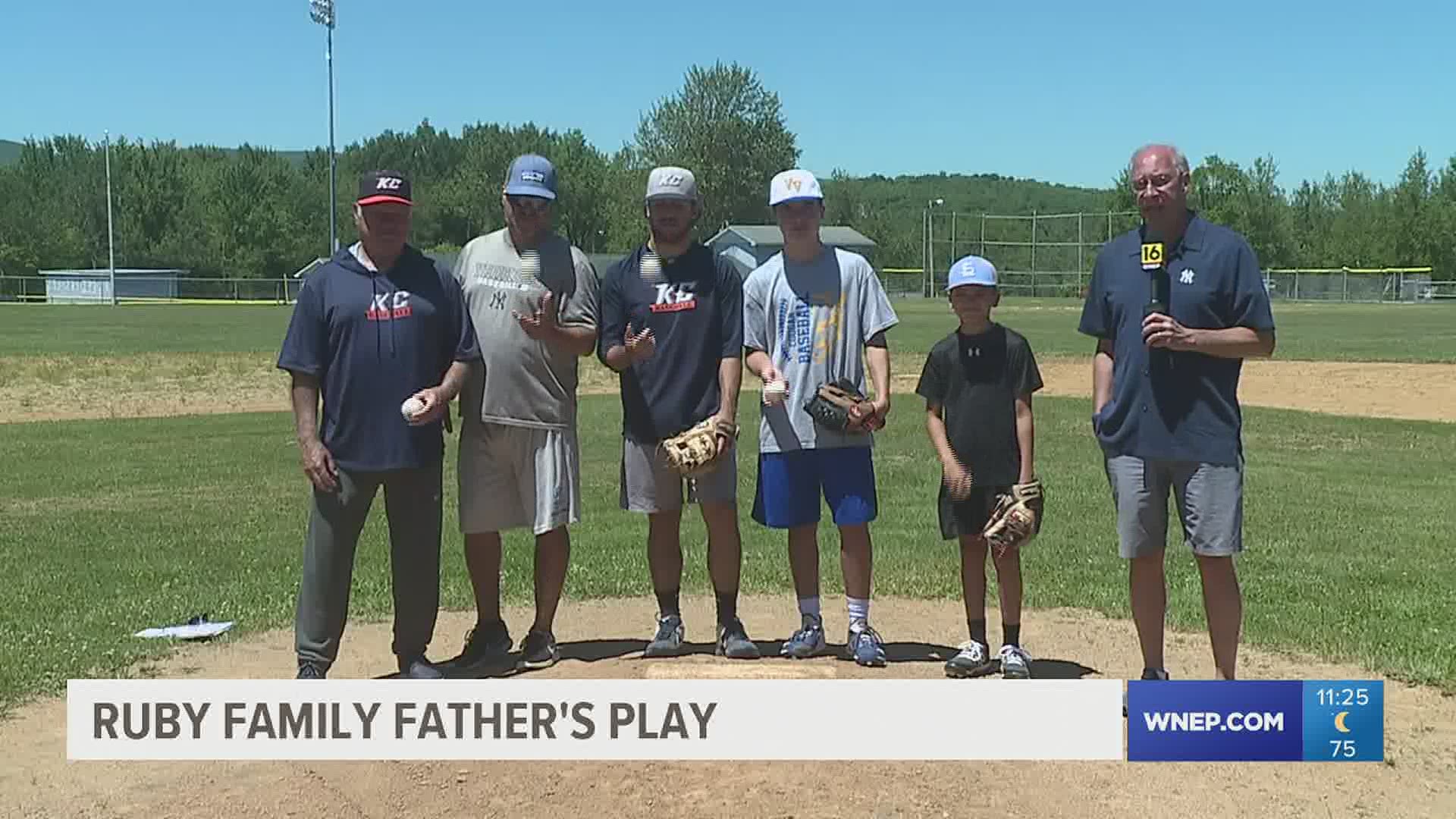 ARCHBALD, Pa. — After spending parts of five decades polishing pitching talent, Gary Ruby finds gems from Cooperstown to his hometown. The message to his grandsons? It's like spotting a good comedian. It's all in...

"Your delivery," Ruby explained. "The bottom line is if you have a good delivery at a young age and you get good, quality repetition at a young age. It carries all the way through even if you get to pro ball or the big leagues. They get bigger, stronger and fit into them better, but basic, fundamental deliveries are the most important thing."

The baseball family tree doesn't start with Gary, far from it. Joe Paparella, his maternal grandfather was a 20 year veteran American League umpire. In 1962, he umpired 176 games, including 30 double-headers. That's a record.

"He was a third grade education guy, coal miner and ended up in the big leagues for over 20 years," Ruby explained. "So, you can't get much of a better story than that. So as a family member and you watch him and you watch him work and be around him all the time, you're not going to take any short cuts. Let's put it that way and his priority for all of us was baseball, great, but everybody has to be educated, which thank goodness, we all are, but if you do play a sport or if it's a musical instrument or it's academics, we all want to be top achievers."

"My dad being in major league, minor league ball for as long as he was and then having the opportunity to be around him growing up and then myself getting into baseball with the Red Barons and the RailRiders, it was just an awesome experience," Gary's son, Jeremy Ruby added, former Red Barons and RailRiders General Manager. "We miss it big time now, but those were some great years and it's great to be around him and him work with the kids, it's just a good time."

"I was born into it," DePietro said. "These guys have always been there for me and they've taught me a lot throughout the years and just being around the game, being able to go with my grandfather and Gerald Ott in all different parts of the country and even the Dominican Republic. They just showed me how much the game means to them and it started to mean a lot to me."

"It opened the door to other cultures," the elder Ruby said. "It opened the door to other ethnic groups. They've been fortunate to be in a couple different countries and understand how hard it is for a lot of people and that develops the same way in baseball. The underdogs in baseball are the ones we love. OK? It's the same thing in life. You always take care of the underdog and I'm very proud of our family. They always take care of the underdog."

Talent and tradition trickle down over the years and when father's play, it's a true Father's Day.