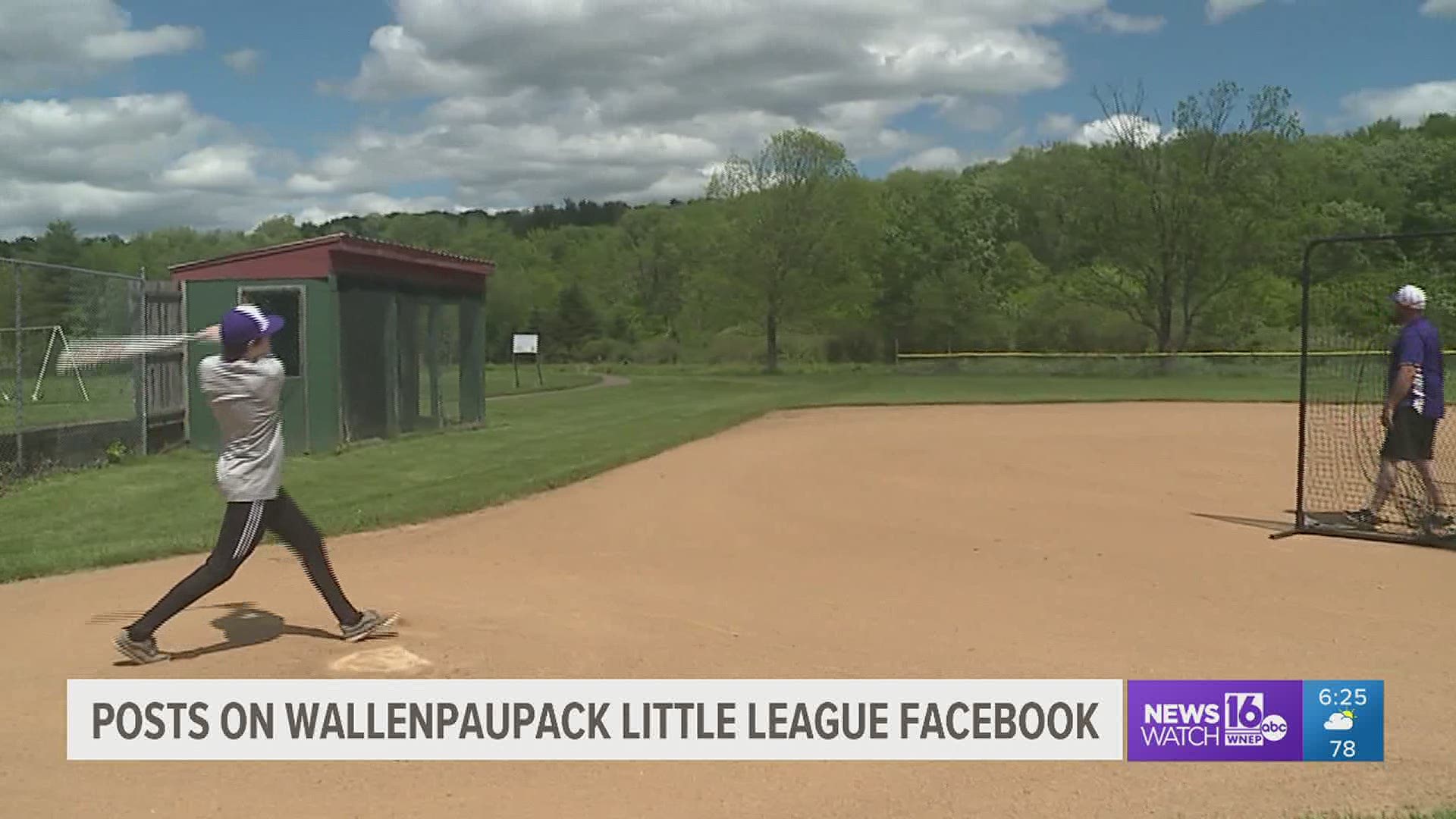 NEWFOUNDLAND, Pa. — Brady Reynolds is no expert. He's not a coach. He's just a 14-year-old kid who missed out on his freshman season with Wallenpaupack, but during the pandemic, he's taking the initiative, teaching baseball to the next generation of little leaguers.

Amy Janoske-Reynolds
Enjoy a series of videos made for you to help practice your skills. Hopefully we will be back on the fields soon. Hoping everyone is staying safe and keeping in touch!

"I want to be like my coaches were because they were a big deal in my life," Reynolds said. "They always knew what to say. I want to help other kids who want to play baseball during these times."

So the Greentown-native started a web series of tutorials he posts to the Wallenpaupack Little League Facebook page. So far, he's got one on hitting, one on pitching and two on fielding, both the infield and outfield.

Amy Janoske-Reynolds
HAPPY MOTHERS DAY EVERYONE! Here is the second of the series of videos to keep everyone practicing! Thanks for sending me some pictures of your batting practice.

"I was always taught fundamentals, just getting the base down," Reynolds said. "So if you're building a house, you need to get the base before you do anything else. So that's what I was trying to do with the kids because if they're younger, then they can just excel when they get older."

Amy Janoske-Reynolds
Third video on Out fielding- Hope everyone is enjoying them- STAY SAFE!

"You always sit there and say as an adult, I remember what certain coaches I had that made me who I am as a coach and a player when I played," Wallenpaupack Little League Vice President and former President Sam Gurian said. "It's nice to see that Brady's kind of taking in the footsteps of what we always tried to instill in them."

Reynolds records his tutorials at Carlton Drake Memorial Park in Newfoundland. It wasn't long ago he played on this little league field, which is why is tone is so candid.

"I try not to get a script down," Reynolds said. "I just wanted to think on the spot, like a comedian and I didn't want to sound robotic. I guess it's easier for them to relate to."

Amy Janoske-Reynolds
Here is the pitching video- Hope everyone is enjoying them- Brady has decided to do more- stay tuned!

A good trait for someone who hopes to go into coaching. So why wait?