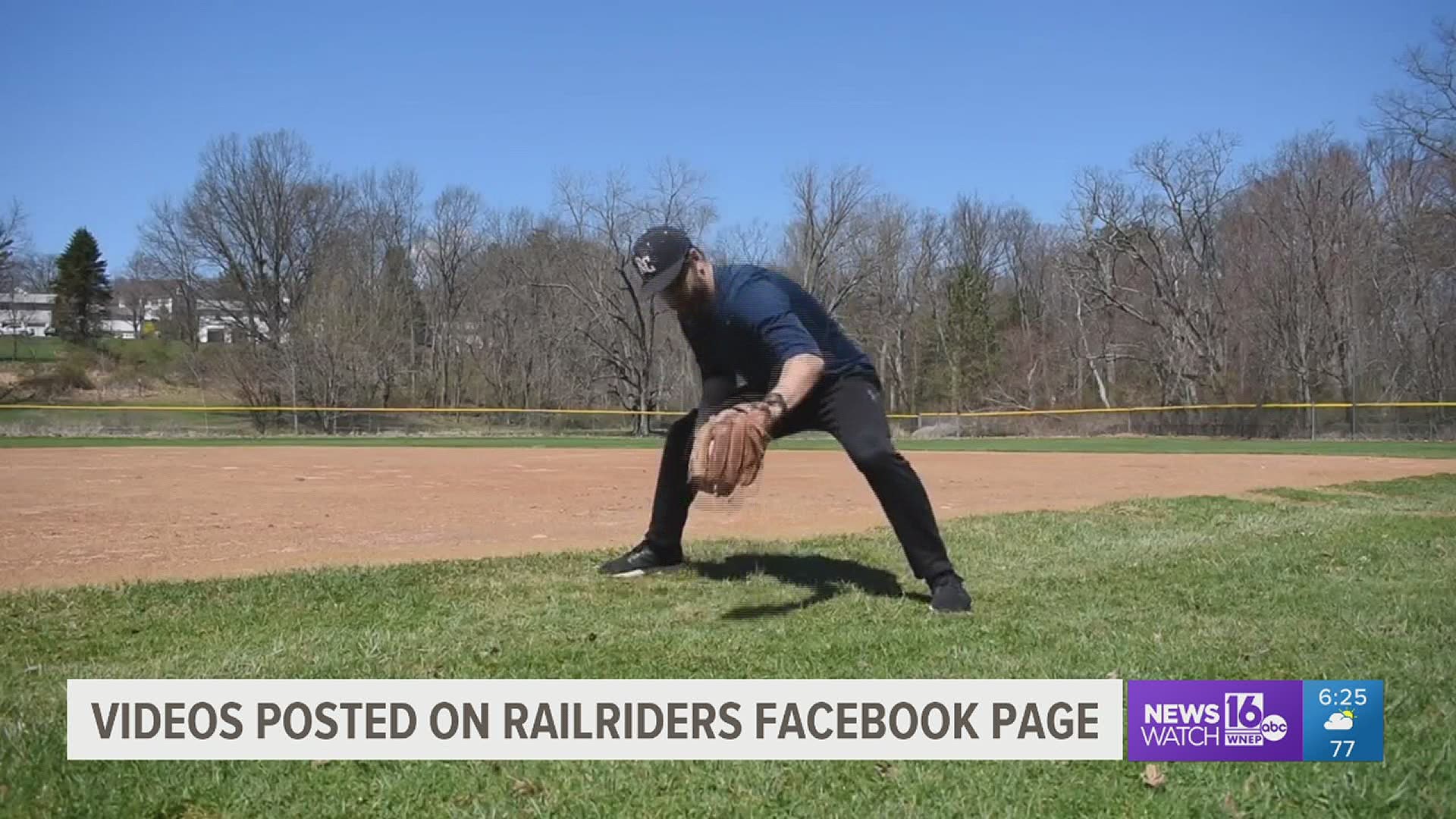 SCRANTON, Pa. — At RailRiders University, school is still in session. You just click for your clinic.

"I love to coach," former MLB player and Hazleton Area Baseball Coach Russ Canzler said. "I love to teach all the things that I was lucky enough to learn in my career. Unfortunately, we're not able to keep those things rolling in person. So the next-best thing would be keep sharing what we know and what we can teach to everybody through social media."

RailRiders University has got your back tonight with Russ Canzler bringing you the BACKHAND DRILL. . . What types of drills would you like to see in future posts!?

Russ Canzler helped start RailRider-U five years ago, and he's had some help moving it online.

We love giving you tips from some of the best local and regional HS baseball and softball coaches! Up next is Head Coach Brian Jardine from North Pocono High School. This video is packed with ways to improve your fielding. #GoodHands #GetIt RailRiders University

Posted by Scranton/Wilkes-Barre RailRiders on Wednesday, May 20, 2020

"There's nothing in a coaching manual that says how to coach during a pandemic," Paul McGloin added, Owner of Electric City Baseball and Softball Academy. "So it's obviously uncharted waters, but it's a situation where you're really going to find out who works harder now. The better athletes and better baseball players I've been around are self-driven."

Posted by Scranton/Wilkes-Barre RailRiders on Sunday, May 10, 2020

No better test than right now.

"It gives you an opportunity to do the work yourselves and do something other than sit in front of Netflix or play video games because it's going to come back," Canzler said.

RELATED: Canzler Back In The Game Coaching The Hazleton Area Baseball Team

"This is going to end," Jardine added. "As much as it seems frustrating some days when you're waking up and it's Groundhog Day, when we come out the other side, you want to be ready to go and little things like this might not seem like a lot, but it is."

Coach Mike Guy with Baseball U PA demonstrating both traditional and trending catching stances! Brought to you by RailRiders University

Posted by Scranton/Wilkes-Barre RailRiders on Monday, May 18, 2020

Canzler said he had always planned on starting these online tutorials. This "athletic drought" as he calls it, just gave him the incentive to do it and he's hoping to expand on the idea by having current RailRiders post some drills.

"Who better to learn from than the guys who are currently playing professional baseball?" Canzler asked rhetorically.