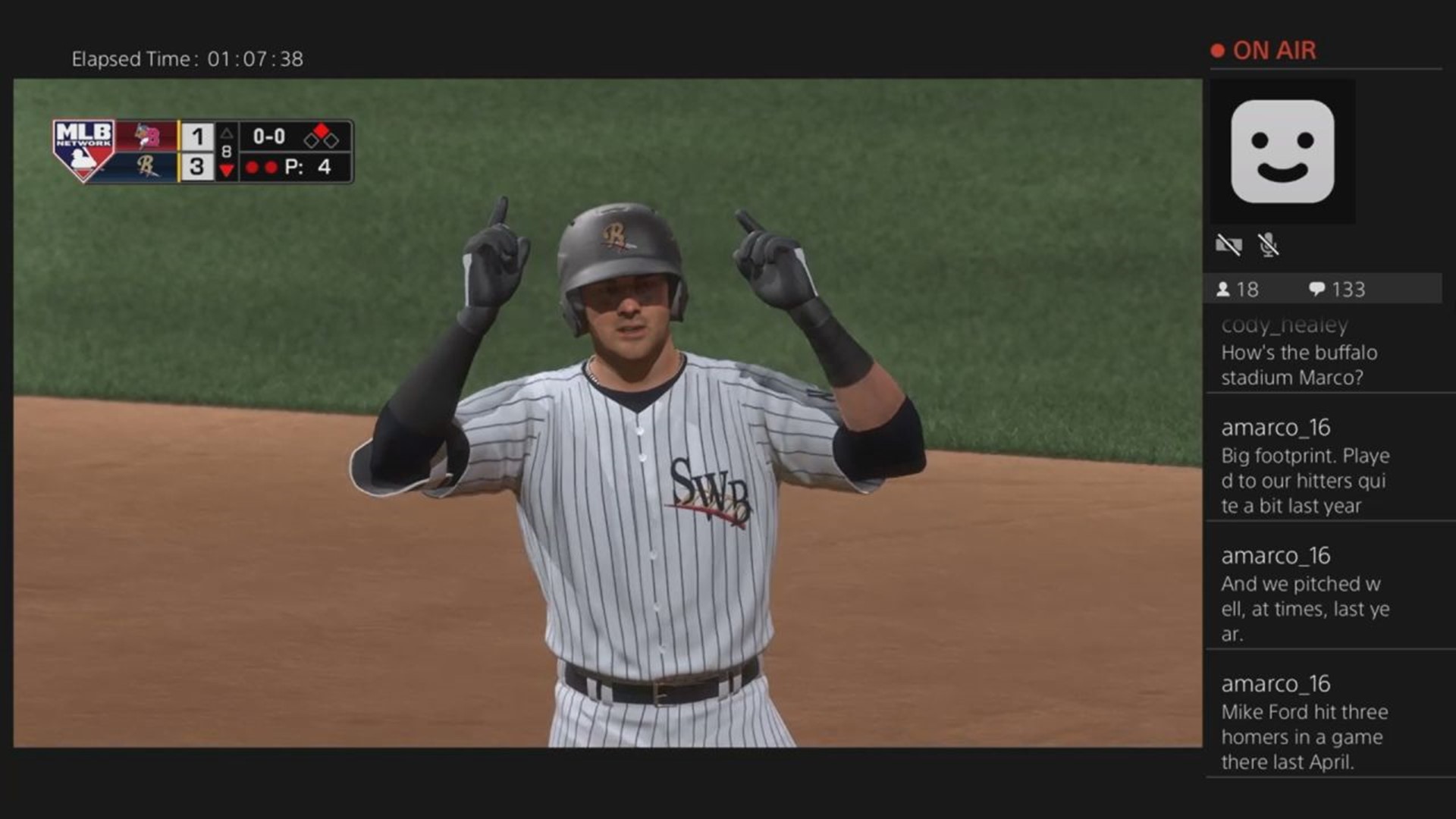 SCRANTON, Pa. — Play ball! Well, sort of. If you can't watch real baseball, this is the next best thing. The RailRiders are one of ten International League teams participating in an eleague, playing MLB The Show 20 on PlayStation 4.

"I think a lot of people want to see some type of baseball, whether it's virtual or not," RailRiders Director of Group Sales Mike Harvey said. "So it's just something cool and it gives people something to root for."

Mike Harvey is the man behind the PS4 controller. He may not be Clint Frazier, but the RailRiders Director of Group Sales does have a passion for eSports.

"We started looking at different ways to interact with the fans and I play a lot of video games, do some streaming of my own," Harvey explained.

So Harvey got some IL teams on board to form an eIL season, modeling it after the Players League they're doing in the majors.

"The pressure is on," Harvey said. "I had a couple of the guys in the chatroom there, they were chatting at me trying to pump me up, get me ready to go."

Harvey was ready to go, starting the RailRiders' eIL season with a comeback, 3-1 win over the Bisons.