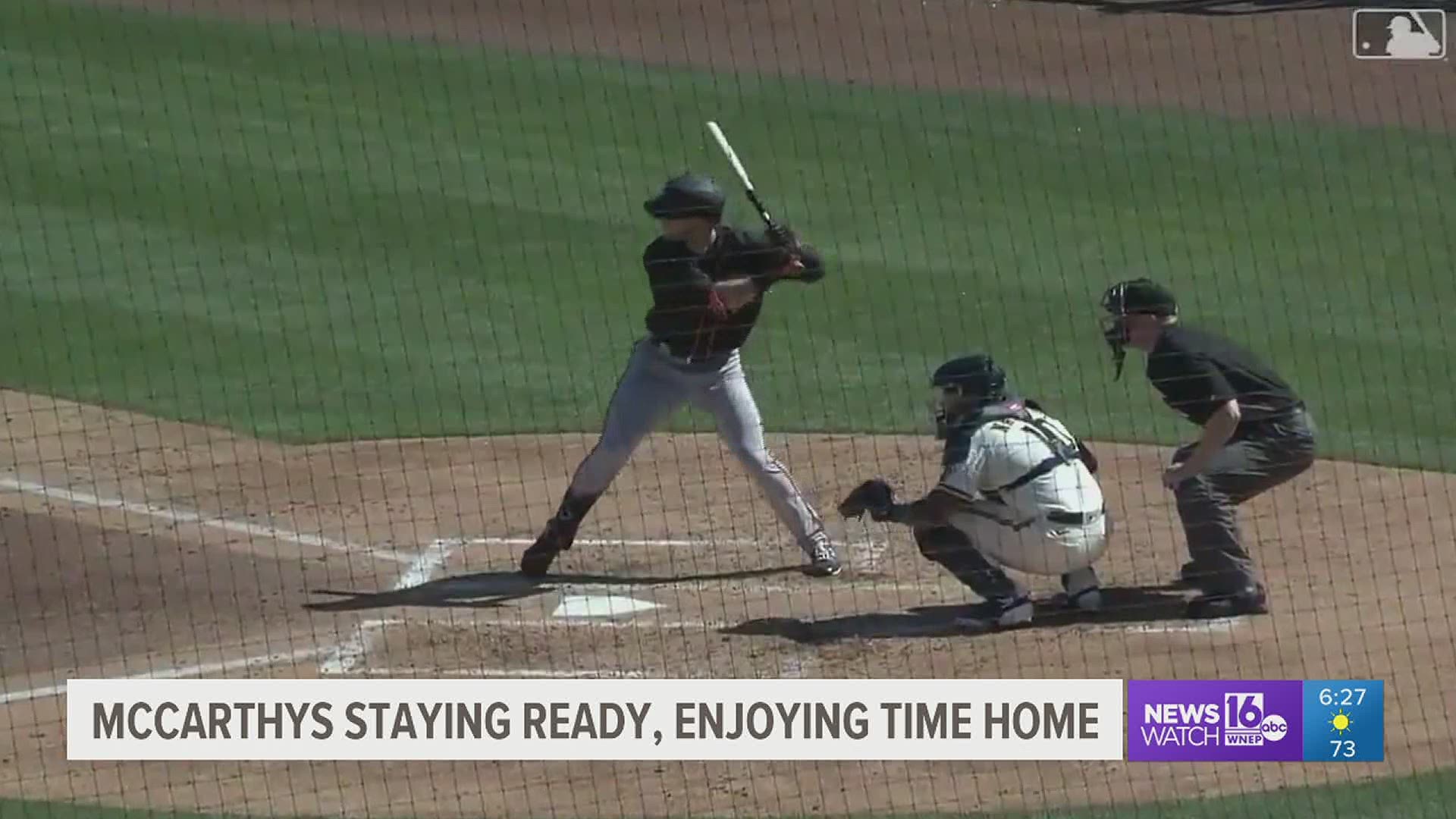 SCRANTON, Pa. — It's been a long time since the McCarthy brothers have spent so much time at home.

"This is the first time I've been with my parents in May since high school," Jake McCarthy said. So, you've got to enjoy it."

"My sister Morgan turned 28," Joe McCarthy added. "Me and Jake probably hadn't been home or with her on her birthday in almost ten years. It's just one of the positives that we take out of an unfortunate situation like this."

An important perspective, as the brothers sit out what feels like a lengthy rain delay to their baseball careers.

"Our relationship has never really been baseball or even primarily sports," Jake explained. "We like to play video games and do other stuff because we've been around baseball and we played football and basketball together our entire lives. So when we can, we kind of like to have lives outside of our careers."

As the older brother, Joe's career is farther along. He won a Governors' Cup title a couple years ago, at PNC field, with the Durham Bulls. He was traded during an injury-plagued season last year from the Rays to the Giants. This spring, he made San Francisco's 40-man roster, painfully close to making his big league debut.

"It really frustrated me, actually," the older McCarthy said. "I was really happy with how I showed up this year. I was in shape. My back felt unbelievable and I felt like I could have a really good spring training the one good thing about it is we do have all the time in the world to the point where there's really nothing else to do besides staying ready."

RELATED: Cory Spangenberg a New Father, In a New Country

Time for his younger brother to climb the ladder in the Diamondbacks' minor league system. All they need is to get back on to the field.

"We're not going to make the club sitting at home doing 25 pound curls in the mirror," Jake joked. "So we're trying to get out there, even if it's just for a month."

"Whatever part of this year that we can still play, we're looking to do that," Joe said. "So, hopefully we're out there sooner rather than later and if we get that call, we'll be ready."