Kranick Staying Ready for Pirates, Pitching on a Mound in His Backyard and Using His Brother's Rapsodo Unit 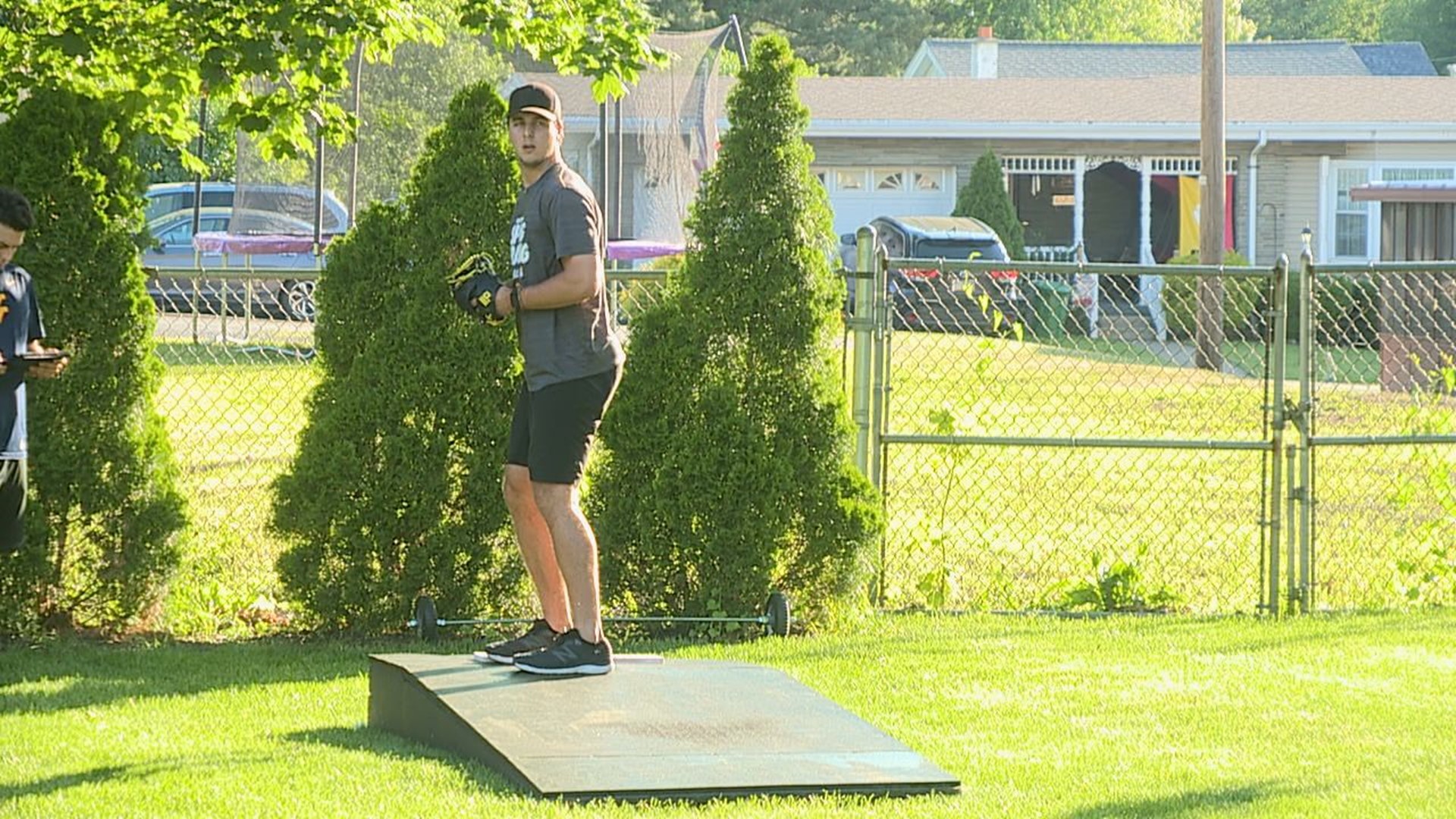 JESSUP, Pa. — If you can’t go to the ballpark, bring the ballpark to you, at least 60 feet, six inches of it. Like former West Scranton Pitcher Cole Stetzar, Max Kranick’s backyard in Jessup now has a DIY pitcher’s mound.

"It’s been huge," Kranick said. "I’ve been using it every Tuesday and Friday. We’ve been home for about three months now. So that’s a lot of time that you can be in the backyard getting better."

It helps to have an engineer for a father, but he also has a video ops expert for a brother. For a couple of years, John Kranick worked with Max in the minors. So they have more than a homemade mound. They have the tech.

”Purchased a Rapsodo unit," John said. "Just kind of tells all of his advanced data. Just kind of be able to put together pitch profiles for Max, being able to see what pitches play. Looking at it with your eye, it’s going to take a lot longer to just because you’re guesstimating rather than knowing exactly what a pitch is doing."

"I’m not just aimlessly throwing and saying ‘OK, that one felt good, but this one didn’t feel good,’" Max added. "We use the same tools down there in spring training and during the season. So, it’s kind of like I’m in season, but in my backyard."

RELATED: Cory Spangenberg a New Father, In a New Country

The 22-year-old has come a long way since his high school days at Valley View. In 245 minor league innings, he’s got a 3.34 ERA. He’s working on the curveball and the day I stopped by, his fastball reached 98 MPH. Whenever the next season begins, it will be Kranick’s 5th in the Pittsburgh Pirates organization. Shoulder fatigue has kept him in single-A longer than expected. So he’s eager to get out there.

"I throw in a more efficient way now," Kranick explained. "I think my arm and my body has never really felt this good since I’ve been in professional baseball. So, I’m just ready to get back out there and show them what I’ve been working on for these couple months."

Proving that even now, with the right mindset and the right tools, in his own way, he can raise the jolly roger.