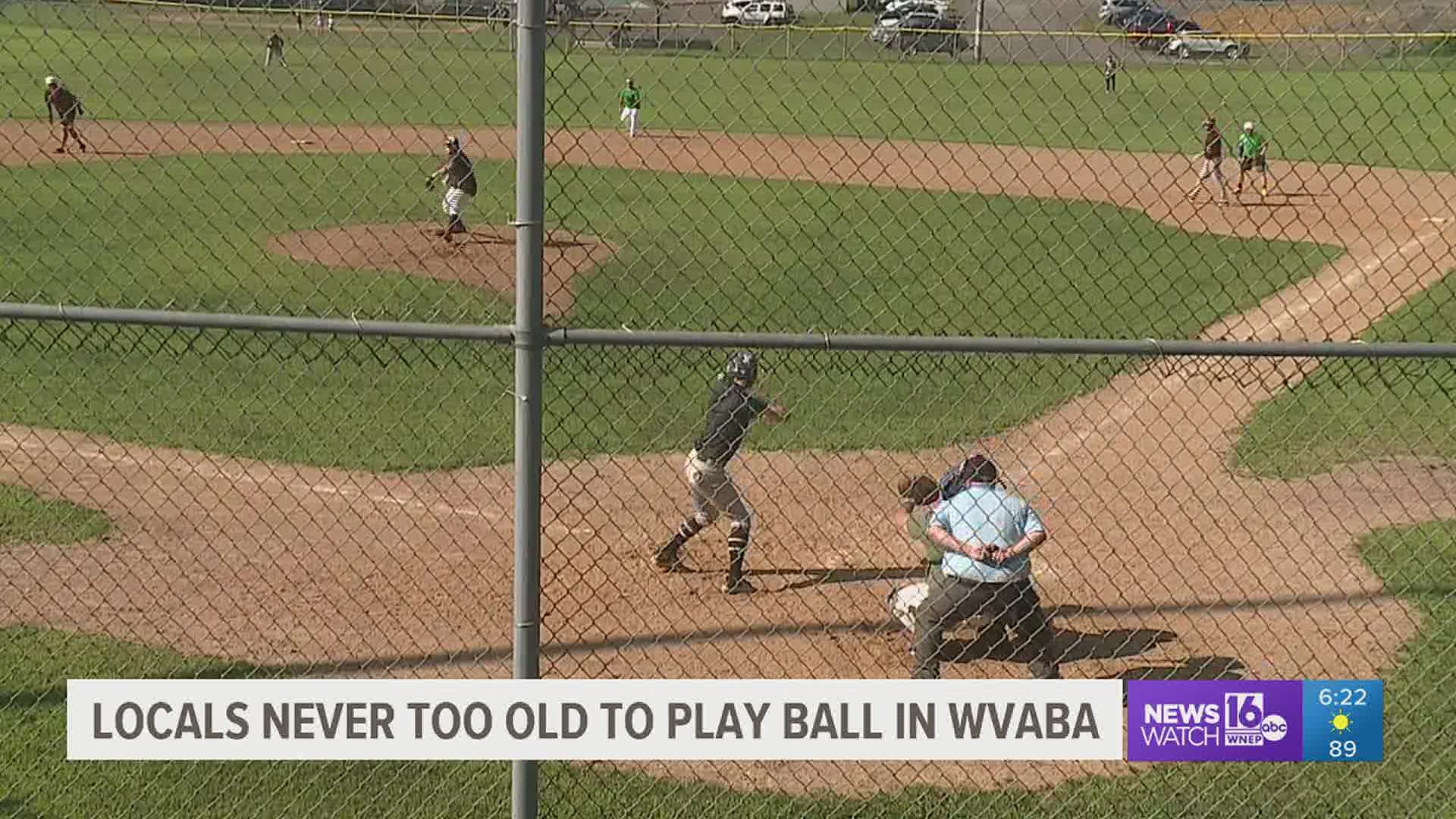 SCRANTON, Pa. — Every week, Jim Lavelle puts on his Sunday best. For the 51-year-old from West Pittston, that means cleats and a jersey.

"The first thing that goes through my mind on Sunday morning is I can't wait to get dressed and get to the field," Lavelle said.

Lavelle organizes the Wyoming Valley Adult Baseball Association – still running strong, since WNEP first featured it back in 2016. Now in its seventh year, the WVABA is for anyone 18 and older, but guys play into their 60's. The league has about 50 players, divided into four teams. They play games at Battaglia-Cawley Field and at Sloan Little League in Scranton, bright and early.

"Games start at 9:00 AM," Rob Galonis explained. "This is what we've done our whole life and if you're not playing softball, you're playing hardball."

"Baseball's in our blood," Lavelle added. "Most of us have been playing since little league. It doesn't leave you when it gets in you."

COVID-19 forced the league to push back their season, but they are still playing and with new safety protocols in place, they believe they can be the example for how to play sports safely.

"We really had to revamp the rules a little bit to comply with all the state mandates," Galonis said.

"At first base, there's no holding the runners on this year," Lavelle explained. "So we keep the first baseman away from the runners."

"We had a rule in place that their team would only have their balls and we would use our balls," Galonis said.

"We don't have any high-fiving or any of that stuff anymore and players that choose to wear masks, they wear masks," Lavelle said.

"So when you think about containing any problem, we were able to do that," Galonis concluded.

Something they want more local sports leagues to take note of.

"Hopefully they'll take some of what we do and apply it to their own divisions and districts," Galonis said.

"With cooperation, it can get done," Lavelle said. "So you have to cooperate or it's just not going to work."