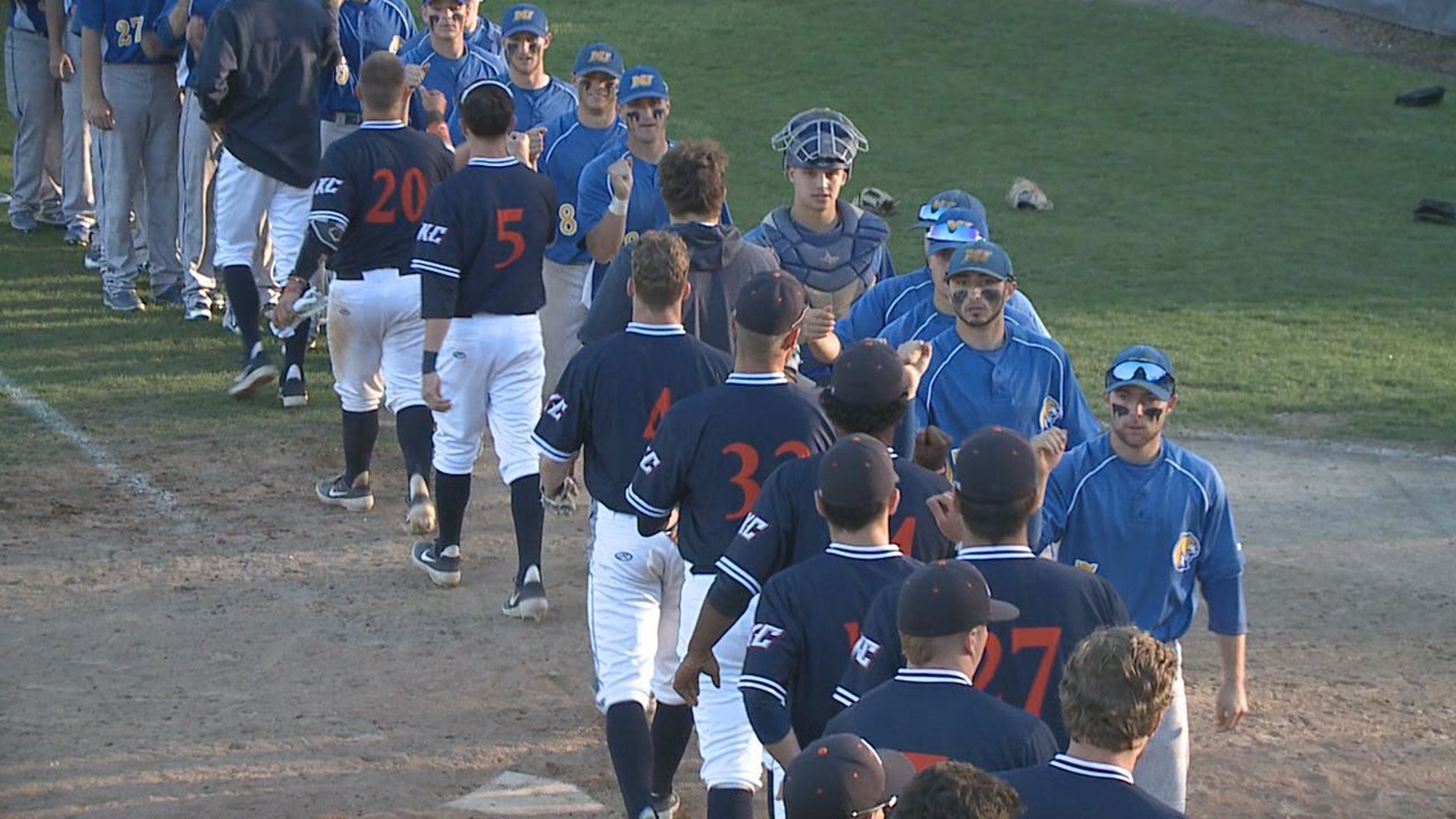 The Keystone baseball team has enjoyed their recent success, but after 15 straight conference championships, COVID-19 claimed this season.

"It was tough," Keystone Head Coach Jamie Shevchik said.  We certainly got our season cut short."

But the Giants Head Coach isn't just missing out on one baseball season, he losing two. Since 2015, he's also coached the Brewster Whitecaps in the Cape Cod Baseball League, winning it all in 2017. That cancellation – even tougher.

"Losing the Keystone season was a punch to the stomach and then the sledgehammer to the face for the Cape," Shevchik explained. "I still was involved in something that was really cool and really special, and that was the Cape Cod League."

As always, Shevchik was planning on bringing in some local talent this summer – Lehigh pitcher Mason Black from Valley View and Fordham pitcher Cory Wall from North Pocono. All three robbed of the experience.

"It was just like I got drained just because it was that emotional," Black said. "I got to spend last summer up there, which was probably the best summer I ever had."

"I've talked to Mason about it since he's had experience down there, and I was definitely excited, and to lose that opportunity, it stinks," Wall added.

But hope is not lost to play ball this summer, closer to home. Shevchik recently got together with Mike Bartoletti of Scranton, Pete Egbert of Misericordia, and Mike Guy of Baseball U. They're putting together the inaugural Baseball U PA Collegiate Summer League. It's a six week, 18 game season right here in the Scranton/Wilkes-Barre area, and they're hoping it's ready to go by July.

"It's going to give these guys an opportunity to play," Shevchik said. "If we can salvage anything out of this, we're hoping that we can do so for the college guys who basically now have their summer taken away from them."

There are logistics to work out, but it will give Shevchik a chance to coach. Any player with college eligibility can register. Over a hundred have already signed up, including Black and Wall.

"It means a lot," Black said. "Kind of unite all the guys in the area because it's no secret that we have a lot of college baseball players in the area. Hopefully, it all works out."

"Any baseball is better than no baseball I'm joyful that we may have something to do here this summer," Wall said.