Student chefs at Penn College have prepared three meals a day for all of the teams involved. 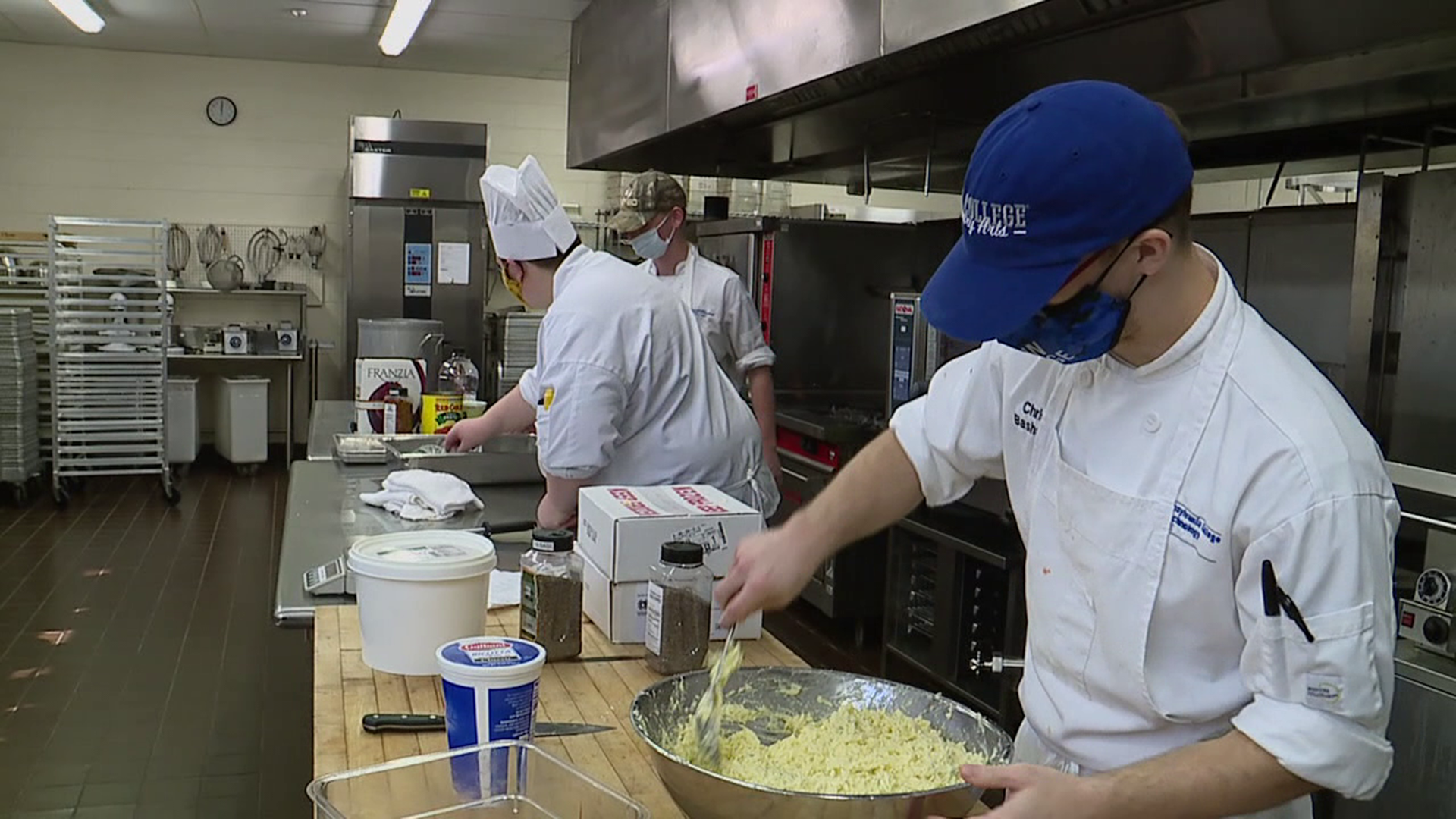 WILLIAMSPORT, Pa. — Students at the Pennsylvania College of Technology are making sure Little Leaguers stay nourished during the World Series.

Student chefs have prepared three meals a day for all of the teams involved.

"I just got done prepping 25 pounds of potatoes, I did salad prep this morning as well, and I have been bouncing all over the place doing about anything and everything that I can get my hands on," said Hannah Regester, student chef.

For the last week, students have been whipping up new dishes for all 16 teams.

The young chefs are coming up with creative ways to feed the kids. Many of the meals are inspired by the regions where the teams are from.

"We put out some things like a Southwest pulled pork lasagna. We did a pan-seared salmon with a wild berry sauce to represent the Northwest. The deep south that is some of my favorite food, and we did Nashville Chicken," said Chris Grove, executive chef.

"It gives everyone at little league a different taste of different regions everywhere around the country because they don't get that too often when they are at home," said Darius Williams, student chef.

Once the food is cooked, it is delivered from Penn College here to the Little League World Series Complex. We talked to a few little leaguers, and they had nothing but compliments for the chefs.

"Yeah, I find it pretty interesting trying food from California and stuff when I just live in the Mid-West. It is kind of cool seeing what other people eat," said Easton Riley, Team South Dakota.

For the student chefs, it is a great way to practice.

They tell Newswatch 16 that it has been quite the experience catering for so many people during a big event like the Little League World Series.

"Having them all look at me as an adult and saying 'Yes, chef' and 'Thank you, chef,' because I have never been called chef before until the kids called me chef, so it has been a really cool experience and it made me happy to hear that," said Regester.

Only a few teams are left in the Little League World Series, but the student chefs are still firing up those stovetops.

They will cook and prepare meals throughout the rest of the tournament.