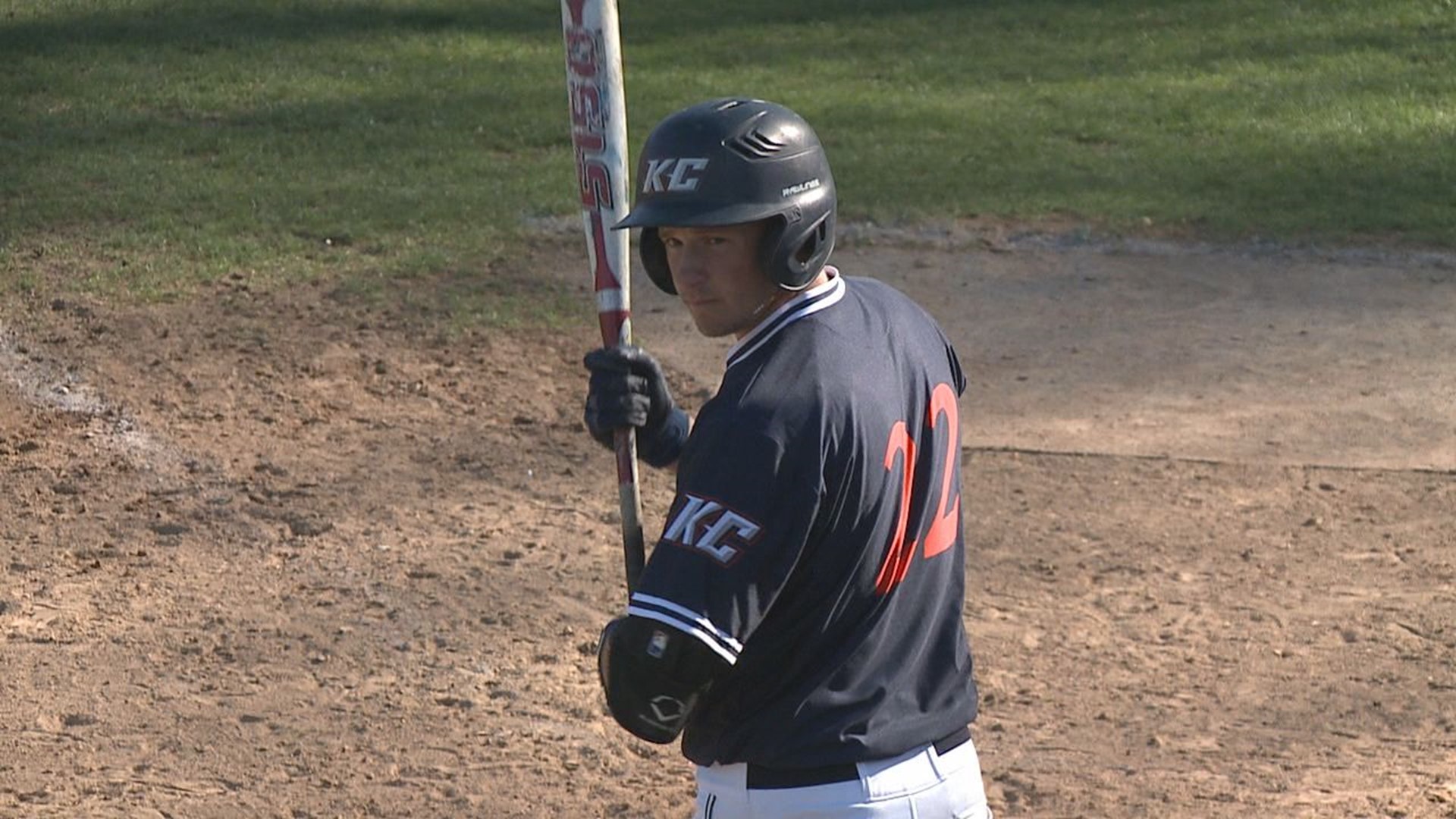 HAZLETON, Pa. — Chris Panzarella was a star at Keystone College. The reigning CSAC Player of the Year finished with a career .361 batting average. After graduating in 2019, he had a cup of coffee in the independent, Frontier League, but the pandemic gave him a baseball reality check.

"When the coronavirus hit, I really thought my career was going to be over considering I’m getting older," Panzarella said. "Thank God they came up with this season and I can finally play."

That season is the All-American Baseball Challenge, hosted by the Frontier League. The Hazleton-native signed with the Sussex County Miners, and was then assigned to the Skylands Cardinals, a separate team the Miners created to round out the schedule.

Miners: Cito Culver went 3-for-4 with 2 RBI and a run scored in the 5-2 win over the Jersey Wise Guys.

Cards: Tyler Leneke tossed 5 solid innings striking out 7 in the 13-1 victory over the Rockland Boulders. pic.twitter.com/zq8jxdlp8c

"Six teams. It’s based out of two stadiums in New Jersey and one stadium in New York," Panzarella explained. "It’s a 32-game season. It goes through the whole month of August and about the first week of September and with everything going on, I think it’s great."

Panzarella has a degree in Public Health and he’s put it to good use. He’s a commissioned officer for both the American Lung Association and the Food and Drug Administration. Flexible hours will help him keep that career path, but getting the chance to play professional baseball is a dream-come-true.

"I’ve wanted this since – I can’t remember," Panzarella said. It’s not much right now, but still getting paid to play is really nice. Something I’ve dreamed about before."

"It’s really nice to play with him again," Panzarella said of his teammate from North Carolina. "We had a lot of good memories at Keystone. We won two championships together. Not knowing a lot of guys going in there and then he’s there. So it’s someone to talk to right from the get-go."