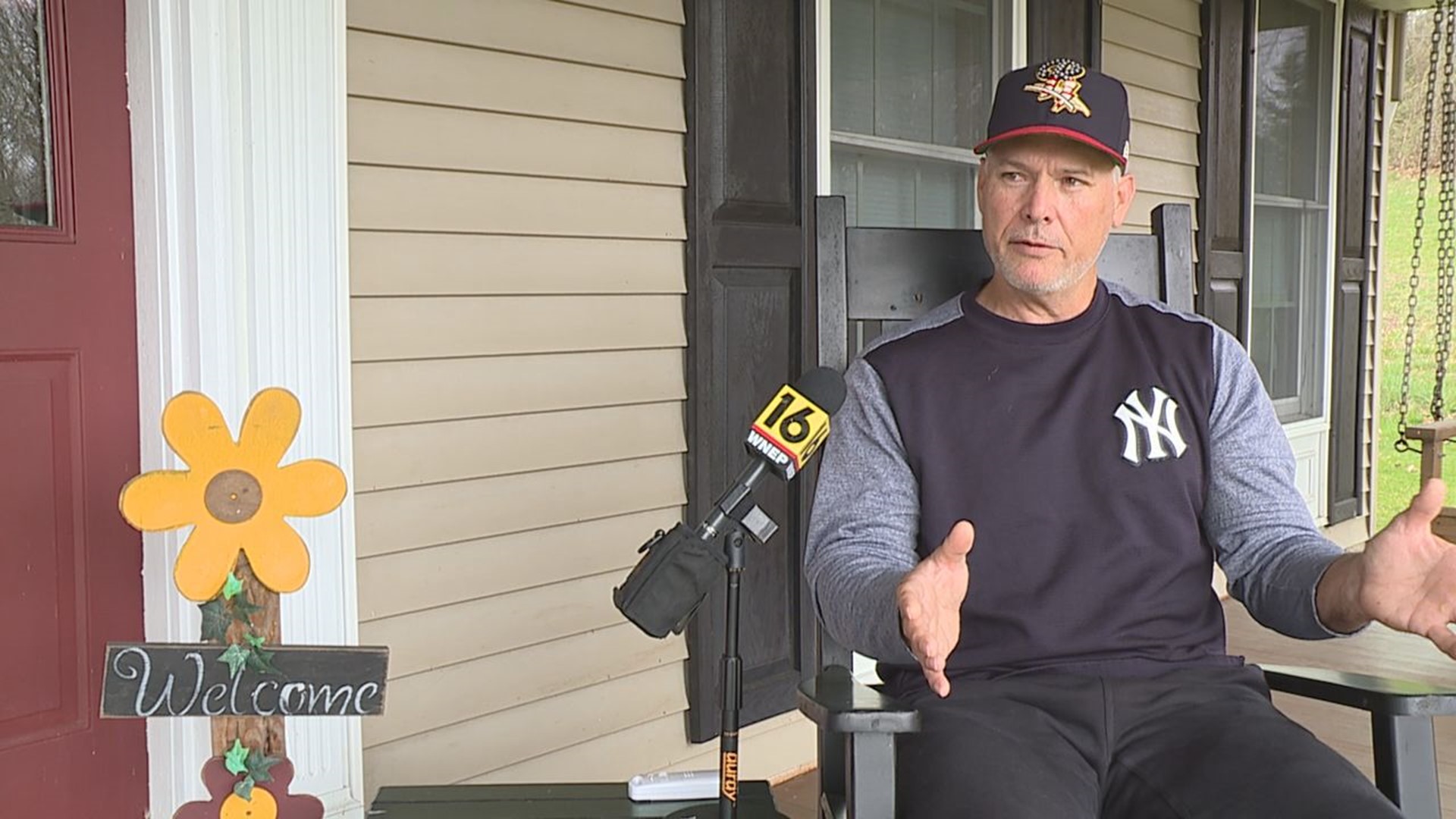 "This is certainly out of our control. I think it's certainly out of Major League Baseball's control at this point in time," Davis said. "This biggest thing for me and I think the biggest thing for the Yankees. The Yankees, their whole priority was to make sure everybody got home safely and that we were home with our families and we could take care of our families. We're fine. We're up here on the hill. One of my good friends calls this Davis Mountain. So we hang out up here on Davis Mountain and really don't do anything or try to go anywhere."

"How many weeks of Spring Training do you think we would need to have some kind of regular season?" Coles asked.

"I think that's a really good question," Davis replied. "I certainly don't think we're going to need a six or seven week Spring Training like we would have normally had from a standard standpoint before. I think the hitting, the fielding, the arms are the biggest issue and you have to be able to have pitchers that are capable of going into a game and pitching for a certain amount of time."

"I think right now, everything is up for grabs," Davis continued. "I'm sure that they're working through this, where baseball will actively have a normal season and then be able to have a full postseason, as well, to where you're working towards a World Series champion. I look at the Yankees and Mets as being two of the teams that are potentially going to really have a difficult time mainly just because of New York and New York City and probably that area and being maybe the last place that they can actually get ready and from a health standpoint, prepared to play baseball games."

"Doug, how does baseball fit in the grand scheme of thing?" Coles asked.

"From a worldwide standpoint, sport is a major factor in our lives," Davis said. "It's a form of entertainment, a great form of entertainment. Not just baseball, but basketball, football, soccer, all the major sports provide an awful lot, I think, for the general public. Obviously it's been a major part of my life. It's been a part of my life really throughout my life, but it's not the most important thing. When you look at me and you want to know who Doug Davis is. Doug Davis is the husband of Mary Jane and the father of Austin, Rachel and Kate. That's who I am. What I do has been involved in baseball for a long period of time. So it's not the most important thing in my life, obviously my family and my faith. Just watching a lot of people come together under these circumstances, from different places and walks of life, and everybody tries to do what's very best, not only for themselves, but for everybody else and I think hopefully we'll be able to get baseball started up as soon as possible, get back to some normalcy, and let baseball be a part of the normal part of our daily activities."

Below is the raw, 14:36 minute interview with Doug Davis and Jim Coles: