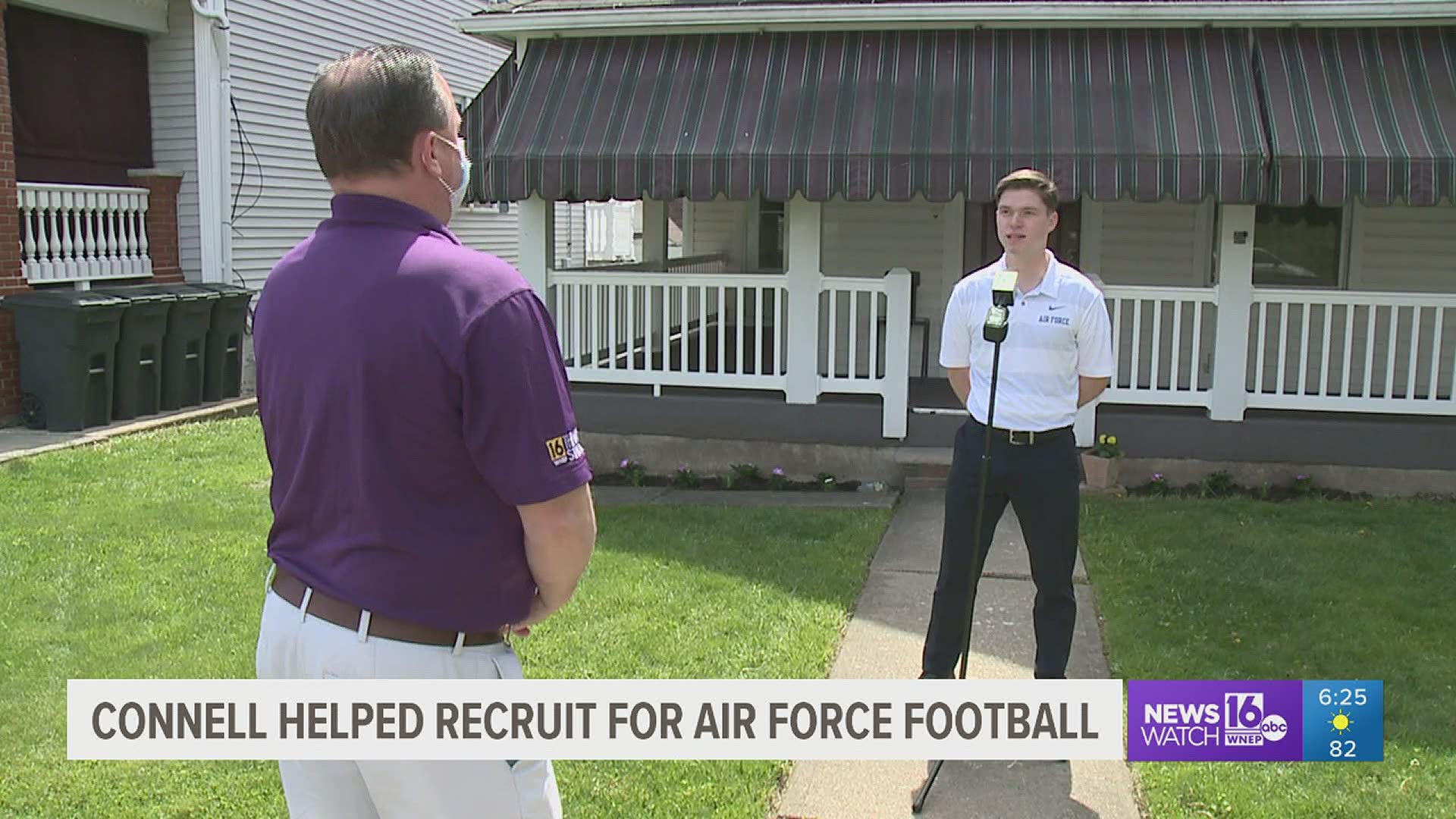 SCRANTON, Pa. — Pat Connell graduated from Scranton Prep in 2015, and joined the Air Force Academy's prep school in Colorado Springs Colorado for a 10 month course. Over the next four years Pat put in the hard work-classes in physics, calculus, and chemistry and courses in  pilot training. On April 18th as part of the 980 cadet Pat earned his wings as a 2nd Lieutenant for the class of 2020.

"It was the best day of my life. You know just throwing your hat up in the air and watching the Thunderbird's roar over you was incredible. You really can't even put it into words what the feeling was," said Pat.

Pat returned home to Scranton to buy a truck and drive back across the United States to Phoenix Arizona to Luke Air Force Base. He will be part of the 63rd squadron there and train as a casual lieutenant with the F-35 aircraft.

RELATED: Here's what it looked like in the cockpit of the Blue Angels NYC flyover

RELATED: Blue Angels, Thunderbirds fly over NYC in tribute to those fighting coronavirus

"So I am just really connected to this squadron and do anything that they need me to do. Hopefully I can get to go up with them and get some flight hours in, and this is just kind of a holding position until I get to go to pilot training," again said Pat.

Over the last 5 years at the Air Force Academy Pat tried to stay involved in sports as much as he could as a recruiter. He would try to get kids to come to the academy and also try to come there to play football.

"i would go in and try to find the people that wanted to come out and when they visit and I would give them a tour of the academy. And then we bring them down onto the football field. They would watch the whole show because we have a fly over every single game. We have the wings of blue they jump in every single game. So we just get to go down there and explain what is happening and just all the  great opportunities that they will have at the academy," added Pat.

Pat's best friend growing up always talked about the Air Force Academy and Pat's Dad told him if you are going to join the military join the  Air Force. Well five years later some flight hours and training will take place with some of the most powerful aircraft in the world.