After Waiting A Year, 13-Year-Old Werner Ready to Compete at Augusta National 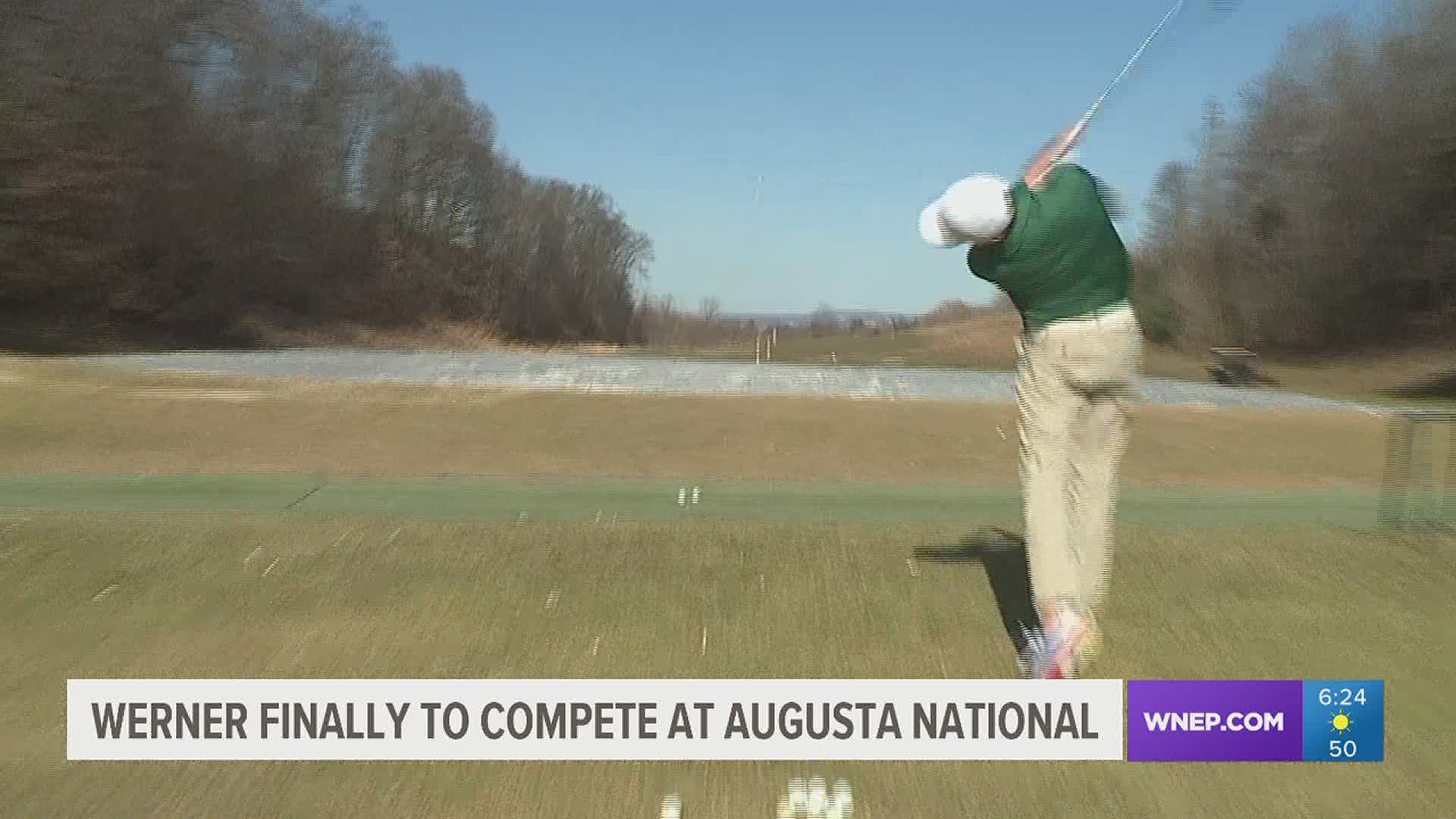 WILKES-BARRE, Pa. — WNEP first introduced you to Nick Werner back in 2019, when he sat down with our Courtney Harrison. He was 12 years old then, getting ready to compete at the Drive, Chip & Putt National Championship at The Masters. Like many of us, his plans were put on hold. They didn't have the competition in the fall, but now, the Wilkes-Barre native is finally getting his chance.

"When it got canceled, I thought it was the right call," Nick's father, Joe Werner added. "Of course, it's disappointing to an 11 or 12-year-old, but understandable and now getting the opportunity to go is something that we're both looking forward to and our family is looking forward to."

Now 13 years old, Werner is one of just ten in his age group to qualify. While this past year was difficult, he made the most of it, even building a putting green in his garage.

RELATED: 12 Year Old to Play at Augusta National During Masters

RELATED: 'Fore' golfers, it's an early start to the season

"It's been a really snowy winter," Nick said. "So, I actually go into my garage and I putt in there."

"Only 12 feet long, but it was still something, just to practice, a way to keep his game sharp," Joe said.

The wait is almost a blessing in disguise. Werner is a year older, a year wiser, much taller, and he says a much better golfer than he was a year ago.

Join us in giving our 2021 #DriveChipandPutt National Finalists a round of applause 👏 and make sure to tune in on April 4th, 2021 to catch all of the action! pic.twitter.com/Fw7qHNi0fk

"So over the past year, I've grown I think five inches and that's certainly an advantage when in the driving portion of the competition," the younger Werner explained. "Experience is key in golf and I'm glad that I've been able to have a lot of it."

"I think he has gotten better,"  Joe added. "I know he's gotten definitely taller and I know his swing speed has gone up quite a bit. So, it's going to be interesting to see how he handles it all."

The Drive, Chip & Putt National Championship is Easter Sunday at Augusta National, leading up to The Masters.