After 33 Years Without Wrestling North Pocono Returns To The Mats

In the spring it’s the crack of the bat. Fall fans flock to football. And buckets are basketball’s best friend in the winter. Now take-downs a big p... 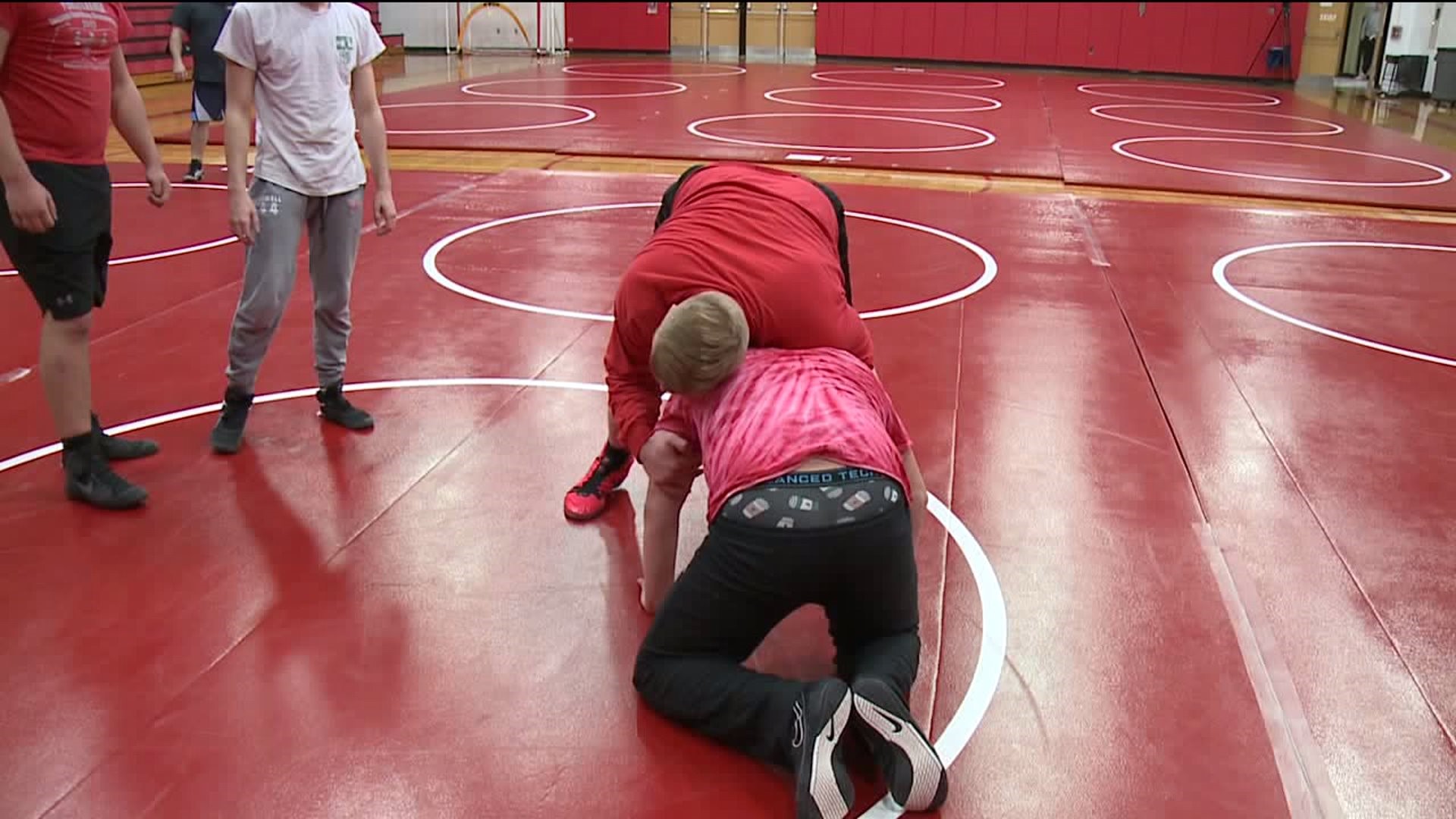 In the spring it's the crack of the bat. Fall fans flock to football.

And buckets are basketball's best friend in the winter.

Now take-downs a big part of wrestling are back at North Pocono for the first time since 1986.

When the program was dropped at the school.

"My first thoughts-what a unique opportunity! That was the real selling point for me. There's not a lot of opportunity in this state for new wrestling especially in this area, So I was really keen on the opportunity to come up and start wrestling for North Pocono," said Morgan Craig.

"It means a lot to us. We come out here everyday and we work hard and it gives us something to do. It's a really tough sport. It's a good sport to play," said Christopher Newell.

Two years ago North Pocono started a youth wrestling program to grow the number of kids needed to sustain it at a varsity level. Well those early growing pains are paying off. Coach Morgan Craig already fills 12 of the 14 weight classes.

"Did you ever think that this day would come? Oh! No! Not at all. Actually in my middle school years I always wanted a wrestling team and now that the high school brought it along I'm kind of mad that it happened my senior year because I wish that I could be doing it my entire high school career, but now that it came it is so cool. It's awesome," said Connor Aversa.

It's been 33 years since North Pocono has had varsity wrestling.This year the PIAA has allowed them to have an independent schedule. Next year they will join the Lackawanna League as a full-fledged member.

"Like you mentioned there are a lot of big dogs in the Lackawanna League right now so what does that mean for us? I think again just a great opportunity for these kids to compete and see really good quality talent before eventually they get down to the Northeast Regional tournament. You know we wrestled at the league tournament the other day and I think that it was eye-opening for our kids," again said Morgan.

Morgan was a 2x District champion at Abington Heights then he played football for Villanova so he knows hard work and what it takes to get to the top. Steve Lloyd reporting for Newswatch 16 sports from Lackawanna County.