BUTLER TOWNSHIP, Pa.– Everywhere you looked, you saw the number six around Spartan Stadium near Ashland. On helmets, on tee-shirts and even on the opponen... 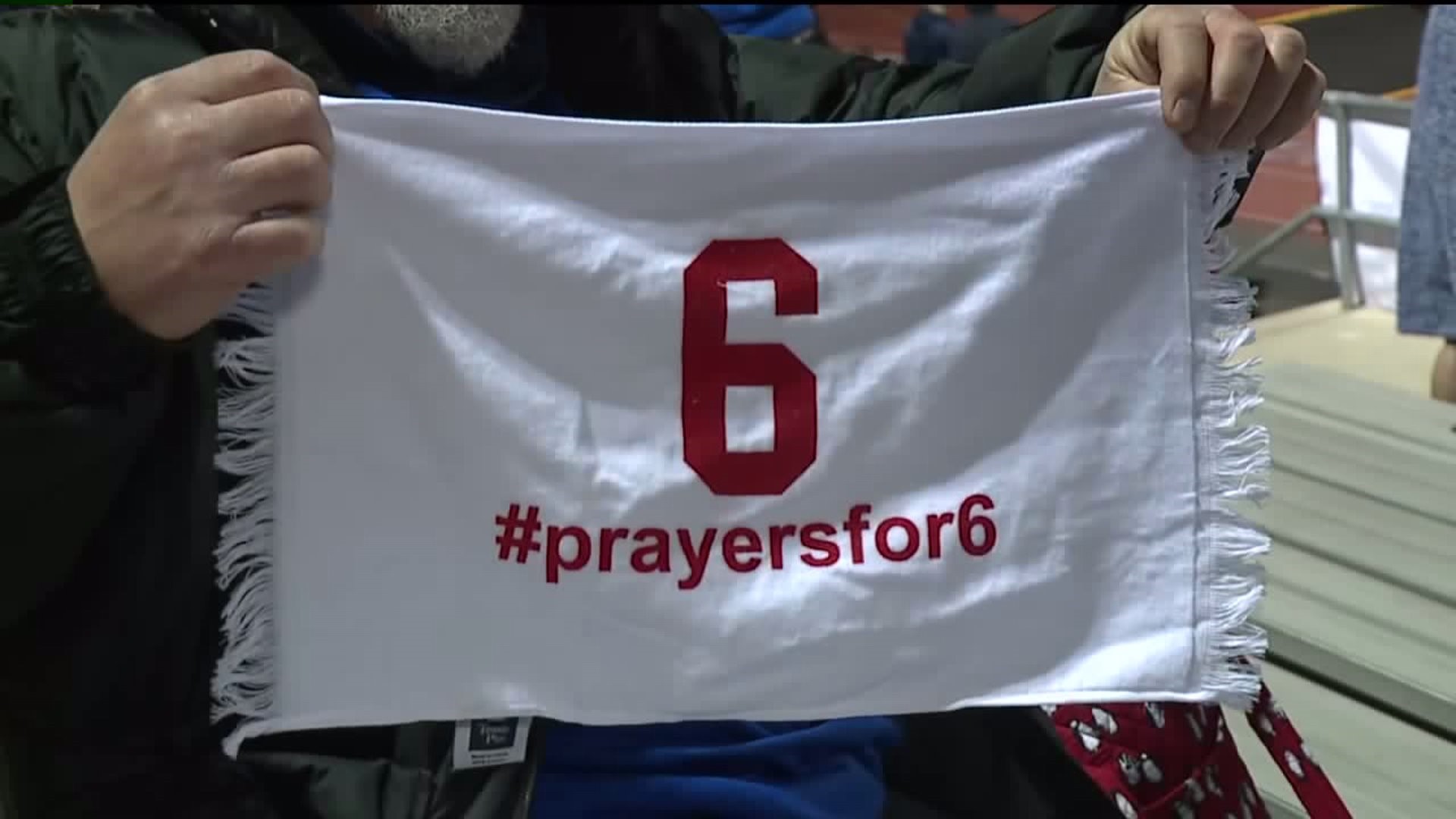 BUTLER TOWNSHIP, Pa.-- Everywhere you looked, you saw the number six around Spartan Stadium near Ashland. On helmets, on tee-shirts and even on the opponent's sideline.

"It's a family," Butch Harris of Fountain Springs said. "It's one family. We're all together. We're all in it together and we fight for each other."

This part of Schuylkill County has come together in a special way after North Schuylkill High School quarterback, Jaden Leiby suffered a broken neck during the Spartans game against Pottsville last week. As the Spartans took the field for the first time since the injury, number six was on the minds of everybody on the field and in the stands.

"This community is a community," Tom Fuller of Butler Township said. "One goes down, everybody chips in to help out the rest."

First, North Schuylkill burst through a sign that read "this one's for Jaden." Then, the Spartans captains carried his jersey to midfield prior to the game. When Josh Stankavage scored a touchdown in the second quarter, he threw up the number six.

"School's been very somber this past week," North Schuylkill senior, Sydney Stokes said. "But we're all supportive, we're all rooting for him. We're wishing him the best. We love him."

All week, North Schuylkill has been selling  "prayers for 6" tee shirts and wristbands. School officials tell us they expect to raise nearly $40,000 to help the Leiby family pay for medical expenses, thanks to thousands and thousands of orders across the state.

"It has grown," Gayle Sokoloski, a special education teacher in the district said. "It's north, south, east, west. We've shipped things to East Stroudsburg, Southern. All over."

Pine Grove Area also showed its support for Jaden Leiby by wearing decals on their helmets. Several other schools across the area did the same thing.

"One day he will be with us again, walking along the sidelines or hopefully at our banquet," Nea Griffin of Frackville said. "Wherever it maybe, he's always in our heart."

A family member tells us Jaden has a long road ahead of him, but is doing better and is in good spirits.