No, a heat wave didn’t cause a wind turbine to melt in Texas

A photo of a “melted” turbine has gone viral online, with some saying the blades melted during a recent heat wave. 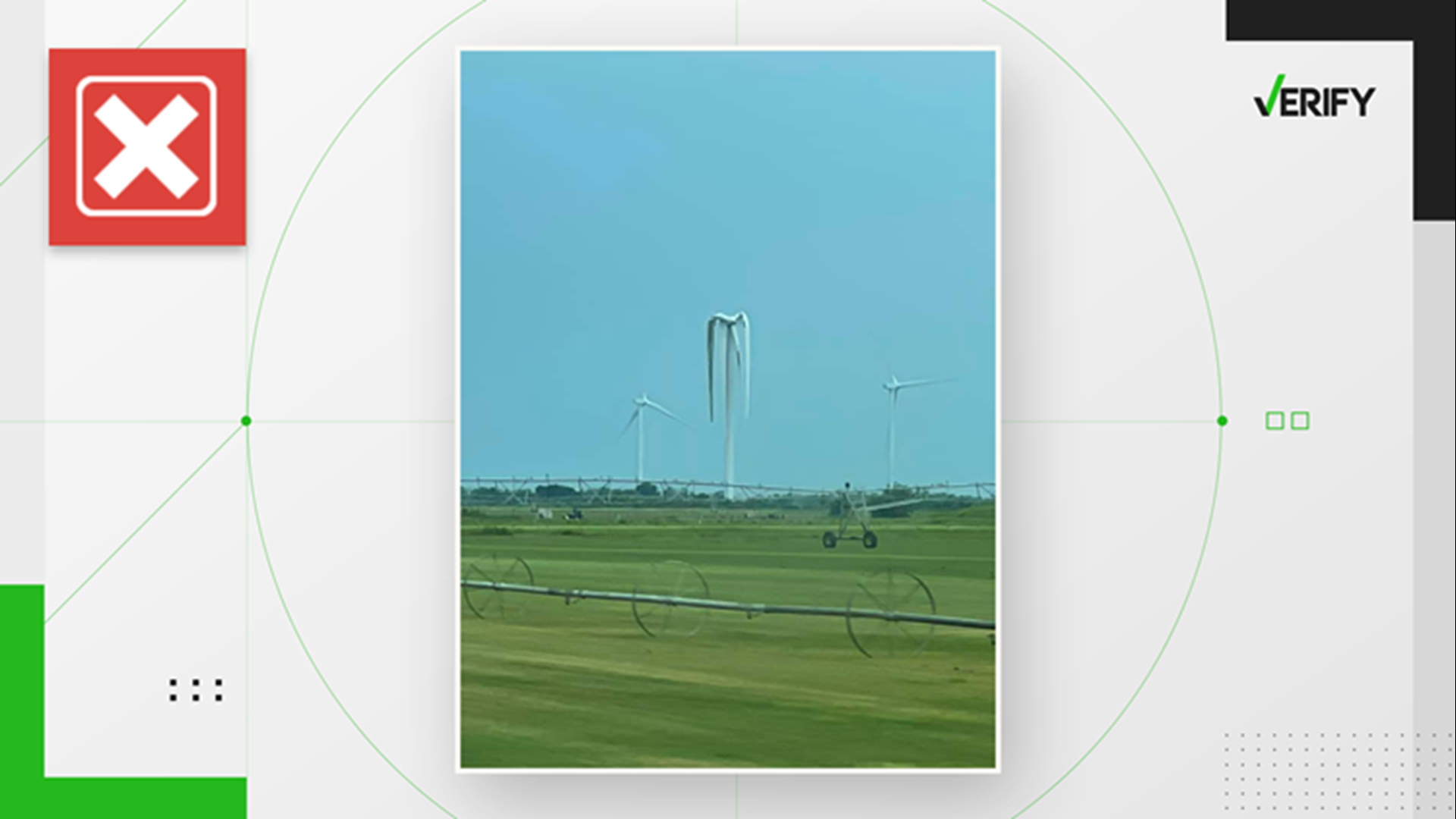 This summer has been a hot one so far, with much of the United States forecast to have above-normal temperatures through the start of July. In Texas, the Houston region saw temperatures exceeding 100 degrees in early June.

Amid the high temperatures, a photo of a wind turbine with collapsed blades began circulating on social media, with claims the high heat caused the blades to “melt.” The photo was shared on Facebook on June 17 more than 250 times and was also seen across Twitter (examples here, and here).

Did high temperatures in Texas cause a wind turbine to melt?

“The damage to the turbine was definitely NOT related to heat or high temperatures,” Matt Tulis, the communications manager with RWE Renewables Americas told VERIFY.

According to the National Weather Service, the damage to the wind turbine was caused during a storm that passed through Matagorda County at around 3:40 p.m. on June 14.

The photo is real and was taken by Zachary Rawlings, who originally posted it to Facebook on June 14. Based on reverse image searches and searches using Crowdtangle, this is the earliest the photo appeared online.

“We haven’t received any reports of injuries to any of our team or damage to any of the surrounding property and it looks like the damage is confined to the one turbine only," Tulis said in a statement to VERIFY. "This is a very rare event for us and I can’t think of another instance where weather may have affected one of RWE’s turbines in this way.”

The turbine is one of 48 at the RWE’s Peyton Creek wind farm near Wadsworth, which is consistent with Rawlings original Facebook post.

It has been hot in Texas, though. On June 14, the date the original photo was posted, the National Weather Service warned of extreme heat with temperatures reaching up to 95 degrees by noon, but with the Gulf moisture, said it would feel like 99-105 degrees. On June 13, the Houston Health Department tweeted tips to stay cool in the extreme heat.

Winds in excess of 30 miles per hour and strong thunderstorms were also forecast.

VERIFY
Our journalists work to separate fact from fiction so that you can understand what is true and false online. Please consider subscribing to our daily newsletter, text alerts and our YouTube channel. You can also follow us on Snapchat, Twitter, Instagram or Facebook.