A video with millions of views makes one false claim after another, then focuses on a patent for a coronavirus different than the one that causes COVID-19. 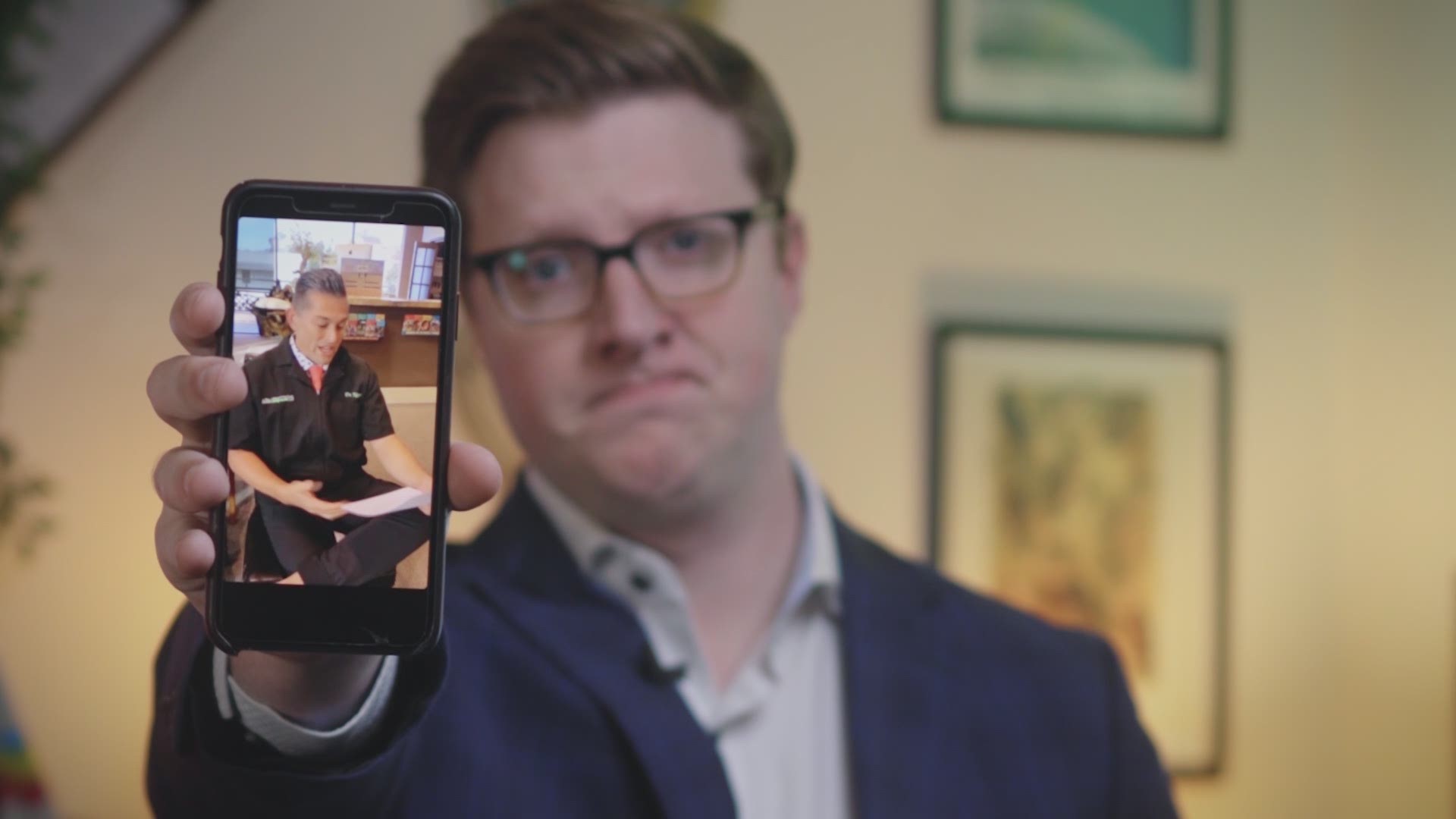 A chiropractor recently uploaded a video to Instagram claiming to "tell the truth" about the coronavirus and COVID-19. The video has been viewed more than 150,000 times.

It has since jumped to other social media platforms where it’s gotten even more views. On Facebook alone it has been viewed more than two million times.

In the Facebook version of the video, where a person records the video playing on their phone screen, the person claims that Instagram has been taking the video down every time it’s posted. But that’s not true. Instagram has simply flagged it for false information and has left the video up. You can still view it after you’ve seen the warning.

The reason Instagram has flagged it is because it’s filled with false claims. We broke down several of them.

In the first minute of the video, the chiropractor lists things he claims can "kill" the virus. But VERIFY found he misrepresents the truth in each of these claims.

The first claim is that temperatures of 80 degrees kill the virus. The CDC says in their FAQ page that they currently don’t know how temperature and weather will impact the virus and are unsure if the spread of COVID-19 will decrease when the temperature gets warmer.

In fact, the World Health Organization addresses this claim specifically on its Myth Busters webpage. The WHO state that temperatures above 25 degrees Celsius (that’s equal to 77 degrees Fahrenheit) will not prevent the disease.

That same Myth Busters page also tackles another claim the chiropractor made: that sunlight can kill it. The World Health Organization stresses that you can catch it no matter how sunny it is.

A previous VERIFY knocks out two more of his claims: that the COVID-19 coronavirus can be killed with stomach acids or hot water. The Houston Health Department and local doctors said there is no evidence to support you can kill the virus by washing it down with water and then having your stomach acids kill it. The CDC has stated they have found COVID-19 in fecal matter, meaning that it had to pass through the digestive system. The WHO found that temperatures of 56 degrees Celsius killed the closely related SARS virus, but that would require drinking water at temperatures of over 132 degrees Fahrenheit.

He is correct in saying laundry detergent can kill the coronavirus -- but it should be clarified that only some detergents can kill it. There is a list of approved detergents from the American Chemistry Council.

Finally, he said Vitamin C can kill the coronavirus. There is no evidence of that yet and no specific treatment or cure has been approved by the FDA or the CDC.

The chiropractor then goes on to say that the coronavirus can only survive on your hand for five to 10 minutes. Its survival rate on human skin hasn’t been tested yet, but a study by the National Institute of Health found it lived on some surfaces for a few hours and other surfaces for a few days.

The chiropractor then spends the last half of the video talking about a patent for the coronavirus. A previous VERIFY from January actually investigated this claim and found that the patents were to research and create vaccines for other strains of coronavirus, which is actually a family of viruses.

Representatives of pharmaceutical companies who met with President Donald Trump in early March told him that a vaccine would likely be at least a year away.