COLUMBIA TOWNSHIP, Pa. — When a man from Elysburg walked into the SPCA near Danville on Friday, he left with his new best friend. The shelter director pos... 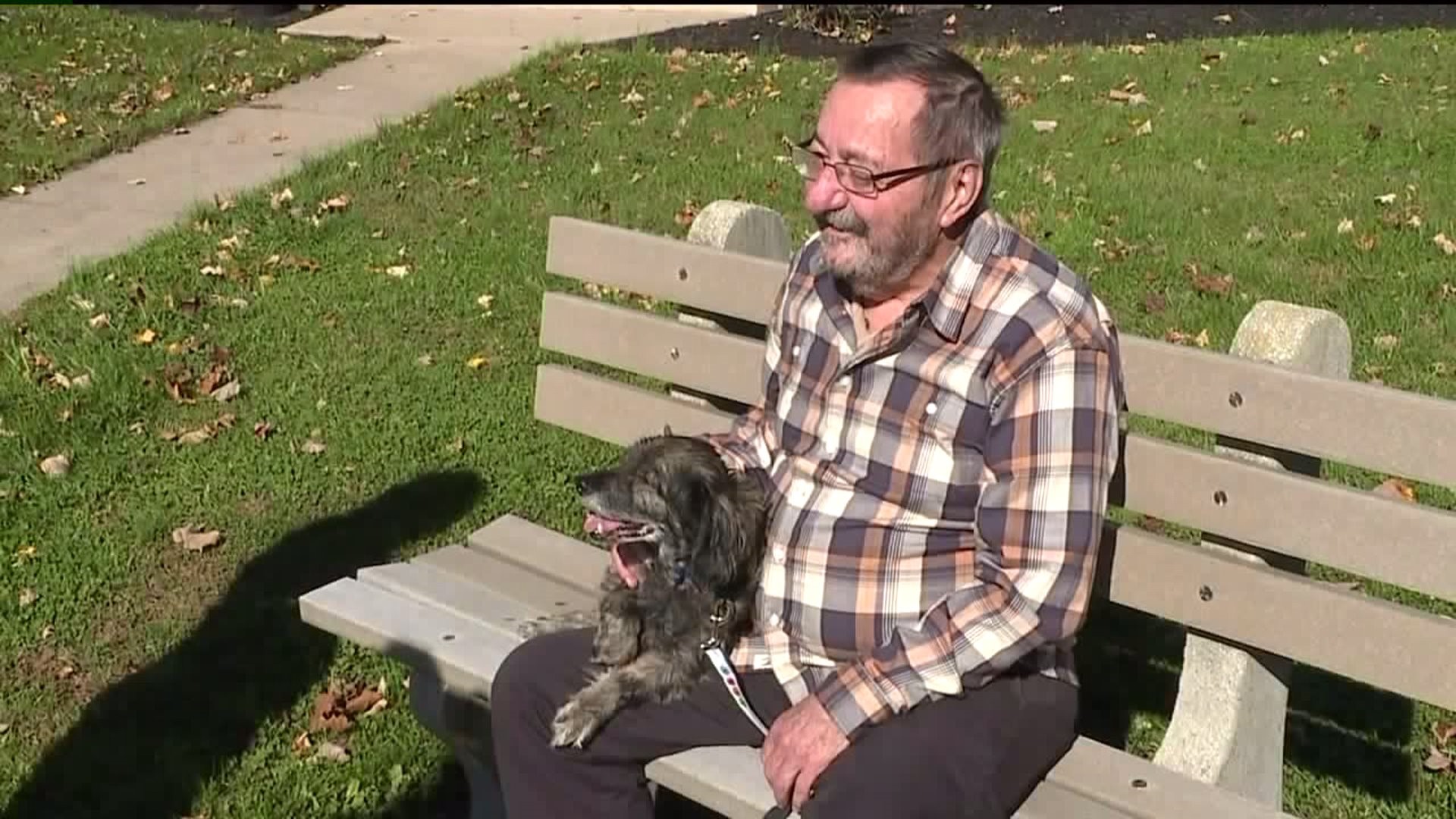 COLUMBIA TOWNSHIP, Pa. -- When a man from Elysburg walked into the SPCA near Danville on Friday, he left with his new best friend. The shelter director posted about the two on social media and thousands of people were left with a new outlook on adoption.

Wayne Mull spent some time outside his home in Elysburg with his new dog Jack.

"There were a couple I liked, but this one was my favorite," Mull said.

But this isn't just any adoption story. Jack is a 13-year-old dachshund mix who has dental disease and a heart murmur.

Jack was brought to the SPCA near Danville about two weeks ago after his owner passed away.

Jack had been passed up several times at the shelter near Danville, but Wayne wanted to give the senior dog a good home.

"It was just a match made in heaven. Jack immediately took to him. He soaked in all the attention and sat on his lap. It was perfect," Kristen Szwast said.

Kristen Szwast is the site manager at the PSPCA near Danville. She says the majority of adopters want to bring home puppies and healthy young dogs. So on Saturday morning, she posted this to the shelter's Facebook page, and it's since gotten more than 23,000 shares.

"The adopters like Wayne are few and far between, and so when he came in, I was just like we need to highlight him," Szwast said.

Szwast says a quarter of her shelter's population is currently made up of senior dogs, including 12-year-old Sascha, a chihuahua.

"They have so much life to give, and it's a shame that they get overlooked in the shelter just because of their age," Szwast said.

"I think it's good to give them a chance. Otherwise, they don't have much of a life to look forward to," Mull said.

After seeing the viral Facebook post, a dachshund rescue group out of Indiana offered to pay for Jack's medical bills. That group is now in touch with Wayne.