The Magic of the Santa Express

OLYPHANT, Pa. — “If we don’t fill it with water, Santa doesn’t come to town,” Chief Dave Tully of Excelsior Hose Company said. While the reind... 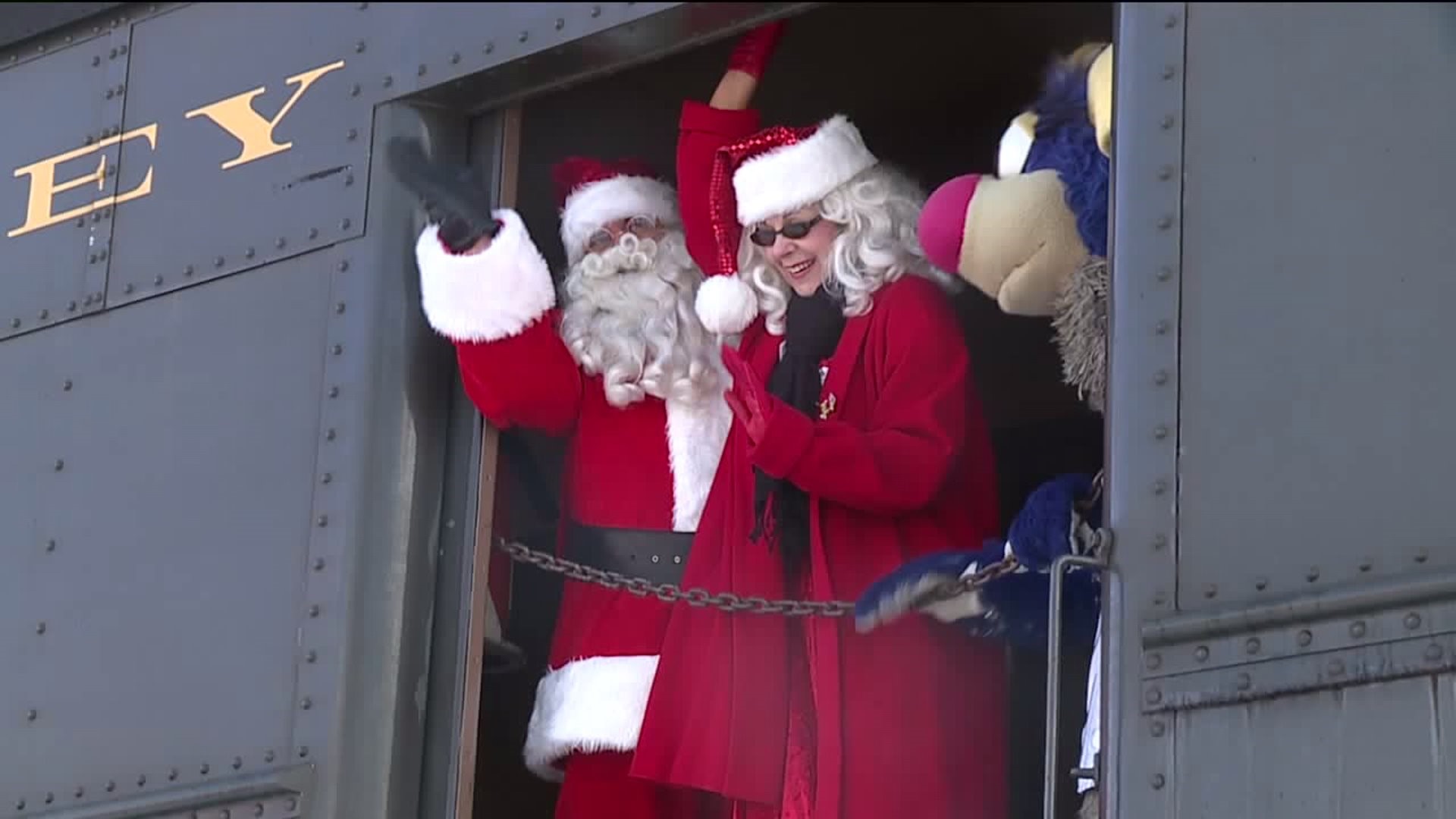 While the reindeer pull Santa’s sleigh on Christmas, the big man in red made his way through Lackawanna County by a different mode of transportation ... a steam engine.

“It's kind of like NASCAR, like a pitstop, we got to get him going as fast as we can. Every child that’s here is waiting on Santa, and Santa is waiting on us. So, the faster we get him filled up water, the faster he gets to see the children,” Tully said.

The train makes multiple stops throughout Lackawanna County but needs to stop for water in order to visit all the good boys and girls.

Chief Tully let us tag along as he prepared to fill the train with water.

The train was stopped for less than ten minutes before Santa and Mrs. Claus were back on their way to visit the boys and girls waiting just a little farther down the tracks.

Once Santa and Mrs. Claus make their way off the Santa Express there are plenty of children to greet them...and here in Olyphant there's also jugglers, and a band, all to celebrate the coming of Christmas.

“This is our second time coming here, it's usually a nice get together it's not too too crowded here so the kids get to see Santa, they have jugglers, it's nice to see the train, so the kids are excited,” Amanda Forgione of Olyphant said.

“They love it! They smile from ear to ear, they'll be in great moods the rest of the day, they have a ball every time they can see Santa,” Mark Yazinski of Olyphant said.