The governor wants to make major changes to help the thousands who get nursing home care in Pennsylvania. 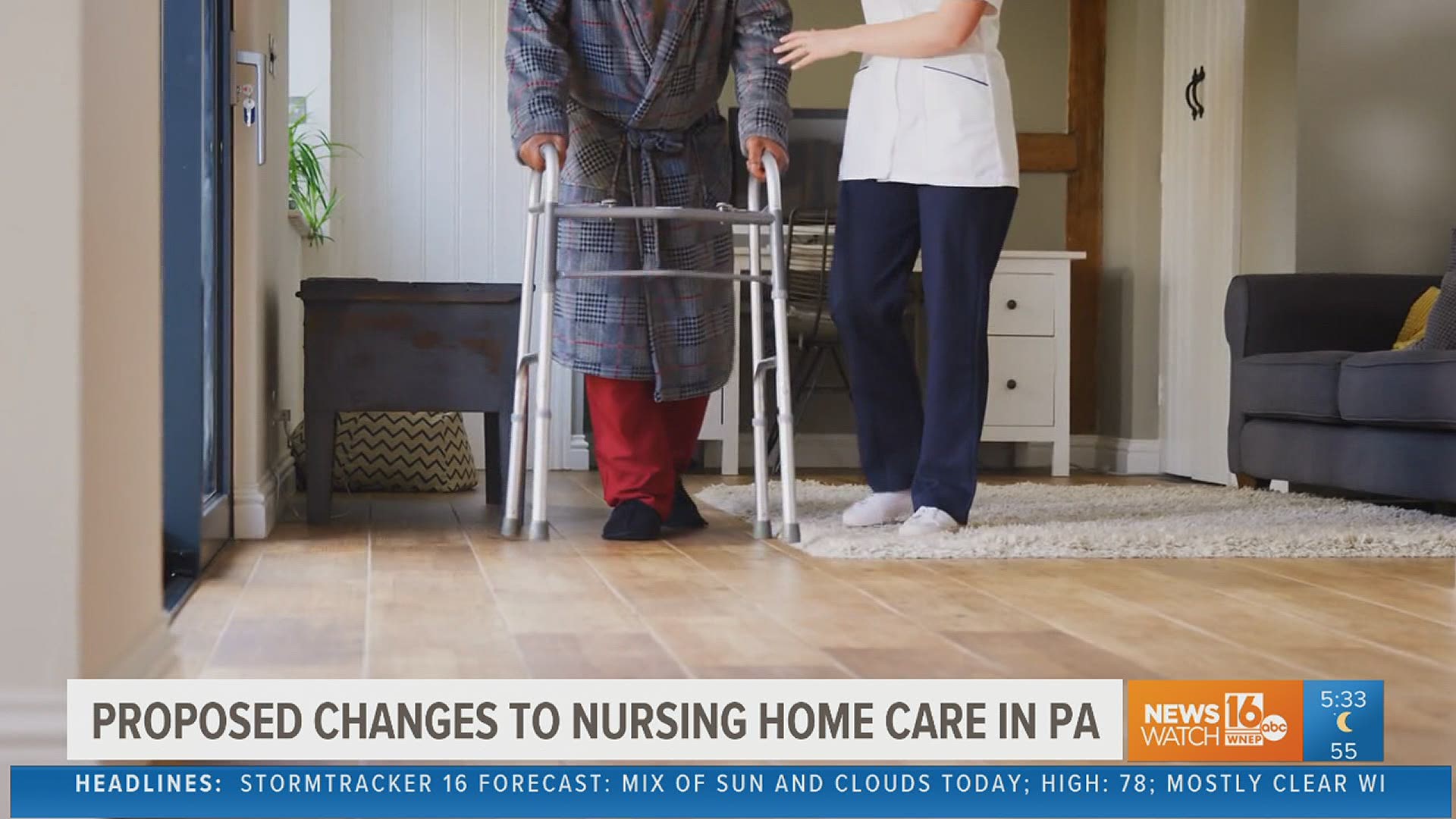 HARRISBURG, Pa. — The governor wants to make major changes when it comes to nursing home care in Pennsylvania.

State health officials say these changes would improve the quality of care for nursing home residents and workers.

Officials say they want to require nursing homes to boost staffing levels, and require workers to provide at least four hours of direct care per patient per day.

Under the proposed regulation, nursing homes would be required to provide at least 4.1 hours of direct care per patient per day, an increase of more than 50%.

An industry group denounces the proposal as out-of-touch and unattainable.

Nursing home regulations haven't been updated in the state since 1999.

The proposed changes are now off to the general assembly for review.