A woman from Pennsylvania is one of the six women to develop the rare blood clot after getting the Johnson & Johnson vaccine. 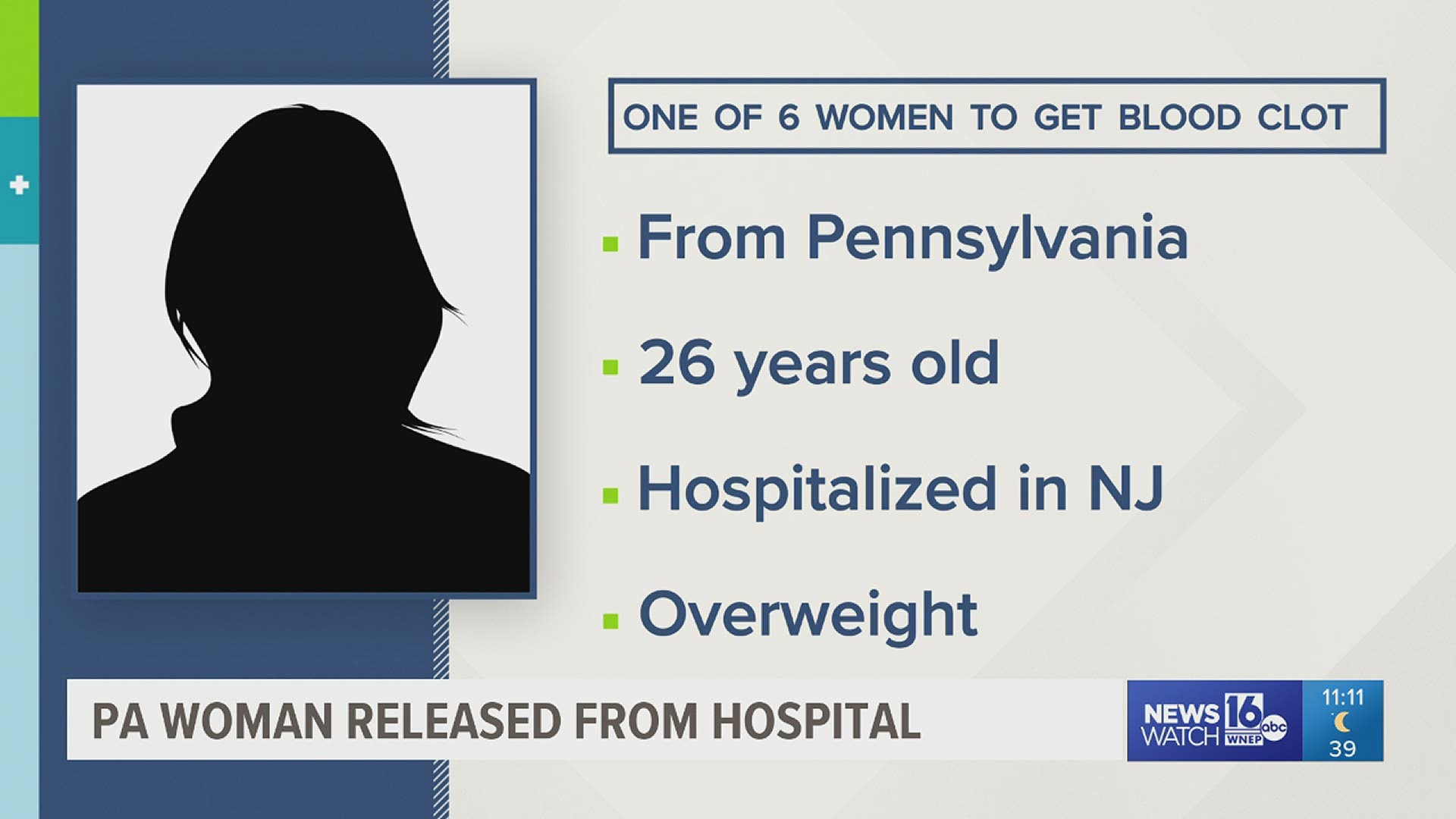 PENNSYLVANIA, USA — One of the six women to get a rare blood clot after receiving the Johnson & Johnson vaccine is from Pennsylvania, according to ABC News.

The 26-year-old was treated at a hospital in New Jersey.

Officials say the only risk factor for side effects that she had was being overweight.

Officials say she has since recovered.

The FDA and CDC put a pause on the use of the Johnson & Johnson vaccine after six reported cases of women between the age of 18 and 48 having blot clots. One woman died.

These clots showed up 6 to 13 days after the vaccine.