During a follow-up code enforcement inspection, a man threatened an officer and pulled a gun then later his home and two other houses went up in flames. 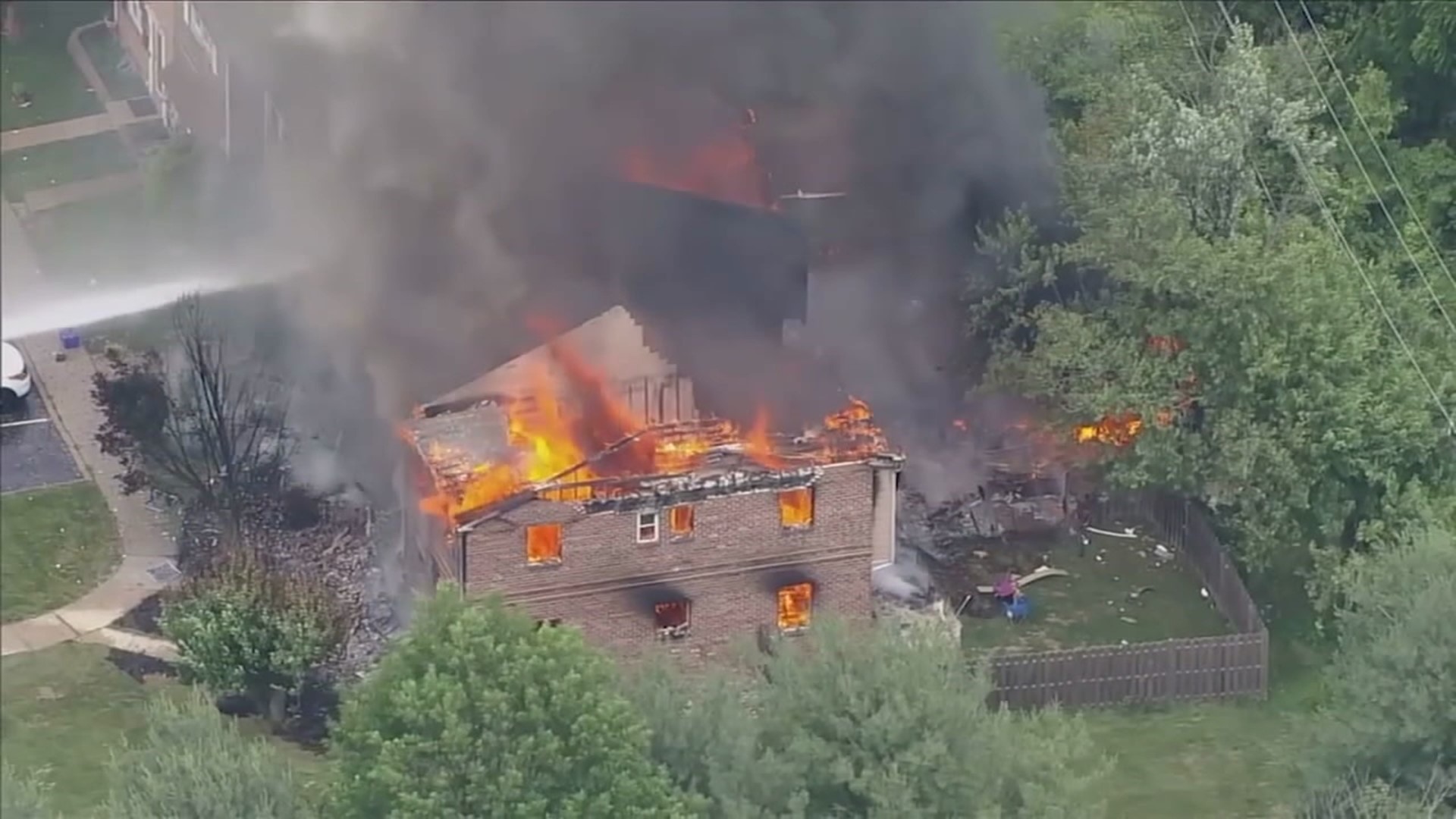 EAGLEVILLE, Pa. — The search is on for a man from Montgomery County, Philadelphia, who allegedly got into an argument with an officer and then purposely set fire to his own home.

Investigators say during a follow-up code enforcement inspection, the man threatened an officer and pulled a gun.

The suspect then fled back into his home.

A short time later, police say there was a series of explosions, and his home and two other houses went up in flames.

Police say they're looking for the man but have not said if he's still inside the home or if he's even alive.