It's been more than 20 years since regulations on nursing facilities in the state were updated. Now, the Wolf administration has announced proposed changes. 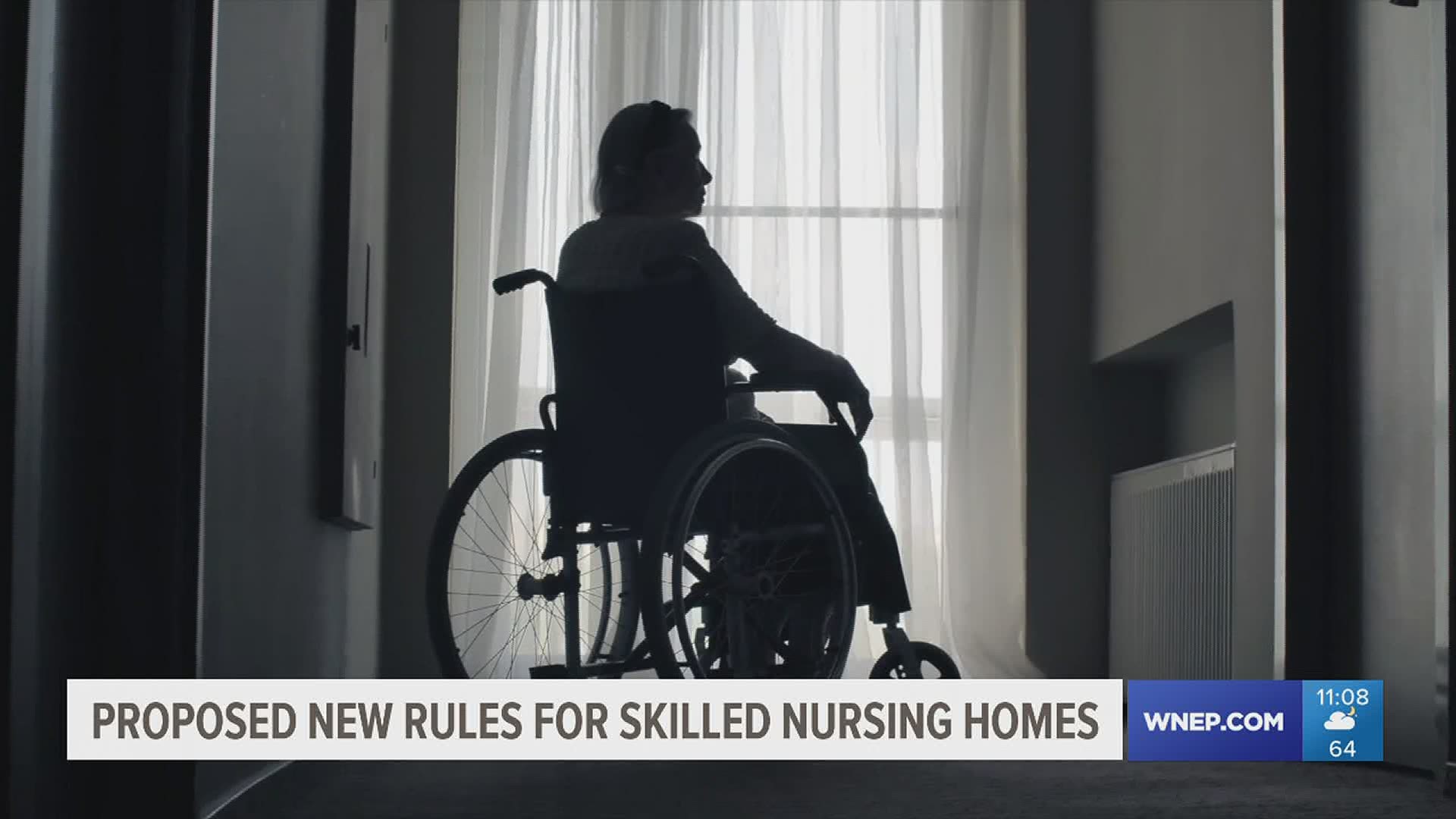 HARRISBURG, Pa. — Governor Tom Wolf's administration wants patients at skilled nursing facilities to get more direct care each day. It has been more than 20 years since there were updated regulations for those facilities.

"I can tell you that we are taking an aggressive approach to ensure that nursing home residents get the care they need and deserve," said Acting Secretary of health Alison Beam on Wednesday.

It's been more than two decades since regulations on skilled nursing facilities in Pennsylvania were updated. Now, the Wolf administration has announced proposed changes.

"Increase the minimum number of direct resident-care hours, from 2.7 to 4.1," said Beam.

That means a nursing home resident would see an increase of 1.4 hours of care.

"Some days, I'd be handing out medication to my residents, and then I would notice someone that had filthy long nails. And no one has time to do that," said Kim Jackson, an LPN for over 20 years.

Jackson says she feels like she's finally being heard.

"Of course, I would stop what I was doing, which you're not really supposed to do, and I would trim their nails," said Jackson.

"From the resident's perspective, they tell us their caregivers are overworked and rushed from one room to the next. We can change that," said Margaret Barajas, a state long-term care ombudsman.

Beam says many facilities are already doing this.

"This is an especially necessary approach after the tumultuous and trying year and a half of the COVID-19 pandemic," Beam said.

But it's for exactly that reason some are asking, "Why now?"

"At a time when we can't find enough workers and at a time where the needs driven by the pandemic are still a reality ... We still have to do more testing, we still have to use more PPE," said Adam Marles, president and CEO of LeadingAge PA, an association of nonprofit aging services.

Marles says the proposed changes offer more time and care to residents but without enough funding.

"We're already in the middle of the worst workforce crisis that we've seen in health care, maybe ever. So we don't have enough people that we need to do the work now without this additional requirement."

Meg Snead, the Department of Human Services acting secretary, expects it to cost around $366 million per year for the changes.

"A large portion would be covered by the federal government, but nursing home care is covered by our Community Health Choices program in Pennsylvania, so the facilities and the managed-care organizations are responsible for setting sound rates, and that's where the cost adjustments would come into play," Snead explained.

But -- the actual proposal says the DHS will take on around half that -- and the nursing homes themselves may have to pick up some of the remaining cost.

Beam says this proposal is just the first of five packages, and all those interested will get the opportunity to provide feedback on this first package once it's published by the end of the month.