The governor made his virtual budget pitch Wednesday morning from Harrisburg. 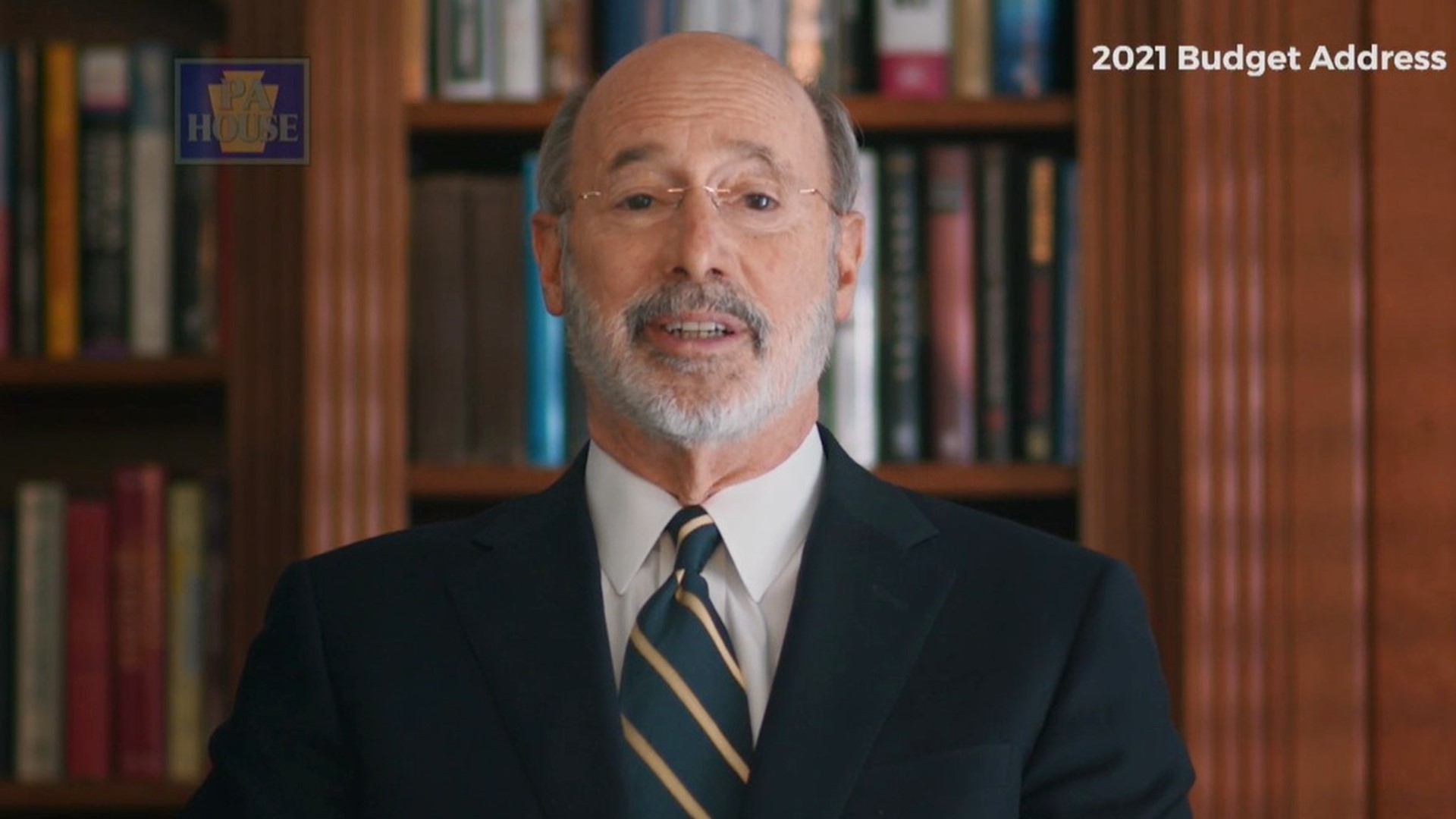 HARRISBURG, Pa. — Governor Tom Wolf is outlining his proposed budget for the new fiscal year and that could mean higher taxes.

The governor is also calling for an increased minimum wage and legalizing recreational marijuana.

Gov. Wolf believes the state must act boldly and courageously to ensure a recovery from the effects of the pandemic.

“We will defeat COVID, but we can’t yet say when it will be safe for life to return to normal – and it’s hard to know what ‘normal’ will even look like. But I refuse to tell any young family in Pennsylvania that they just happen to be starting out at the wrong time – that, with everything going on, 2021 just isn’t going to be the year we get around to lifting the barriers that stand between them and the future they hope to provide for their children,” Gov. Wolf said.

The state budget must be approved by the end of June.

My budget proposal has a clear message: We need to get Pennsylvania back on track.

The pandemic has revealed many deep-rooted issues we need to face as a commonwealth.

To move forward, we need to focus on investments in education, economic recovery, and Pennsylvania families.