A dog was rescued from a barn that was engulfed in flames and a camera that was on top of one of the firefighter's helmet captured the moment. 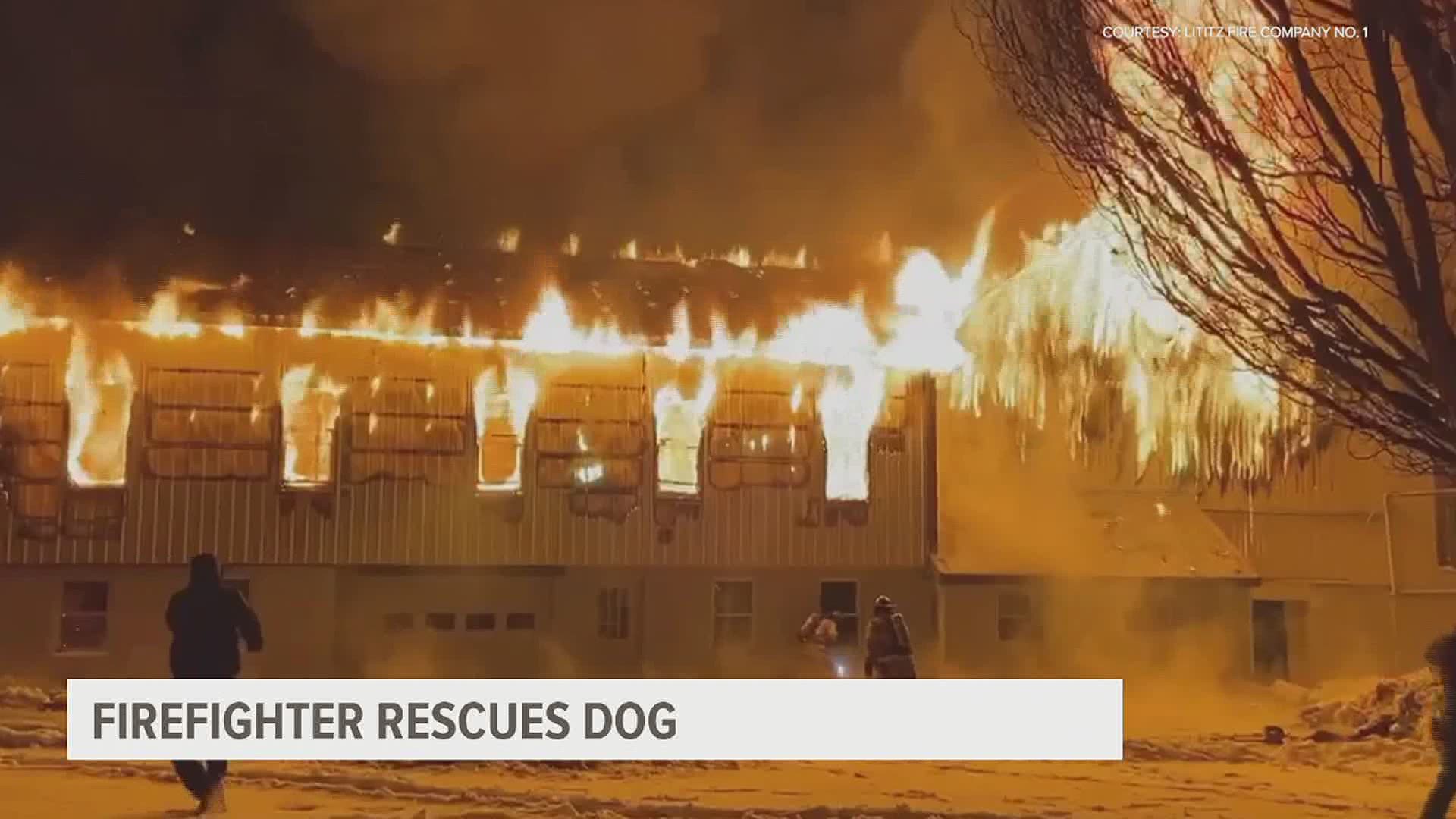 LANCASTER COUNTY, Pa. — A dog was rescued from a barn that was engulfed in flames over the weekend, and a camera that was on top of one of the firefighter's helmet captured the moment.

This past Saturday, the Lititz Fire Company was dispatched to a barn on Erbs Quarry Road in Warwick Township that was fully involved.

When crews arrived, they learned there was a dog trapped in the flames. It became 25-year-old firefighter Ryan Balmer's job to rescue him.

"I was hoping it was going to jump out the window," he said. "It didn't want to. It kinda got scared and ran back in. So at that point then I made the decision to bust the window out, climb in, and help the dog out."

Ryan lifted him through the window, where he took off running to safety.

"If that's my dog in there I would want someone to go in and try to get it out," Ryan said. "We have a saying in the fire service, 'risk a lot to save a lot.' For that family I'm sure that dog means a lot."

And while the barn is a loss, Ryan said saving the dog is a win.

"Being a dog owner, being Christmas time, it would've been a huge damper on the holidays to not have been able to get that dog out," he said.

Thankfully, no one was injured.