SSG William Cook and his battalion are providing meals to the soldiers who are securing D.C. after the violent riot last week at the Capitol. 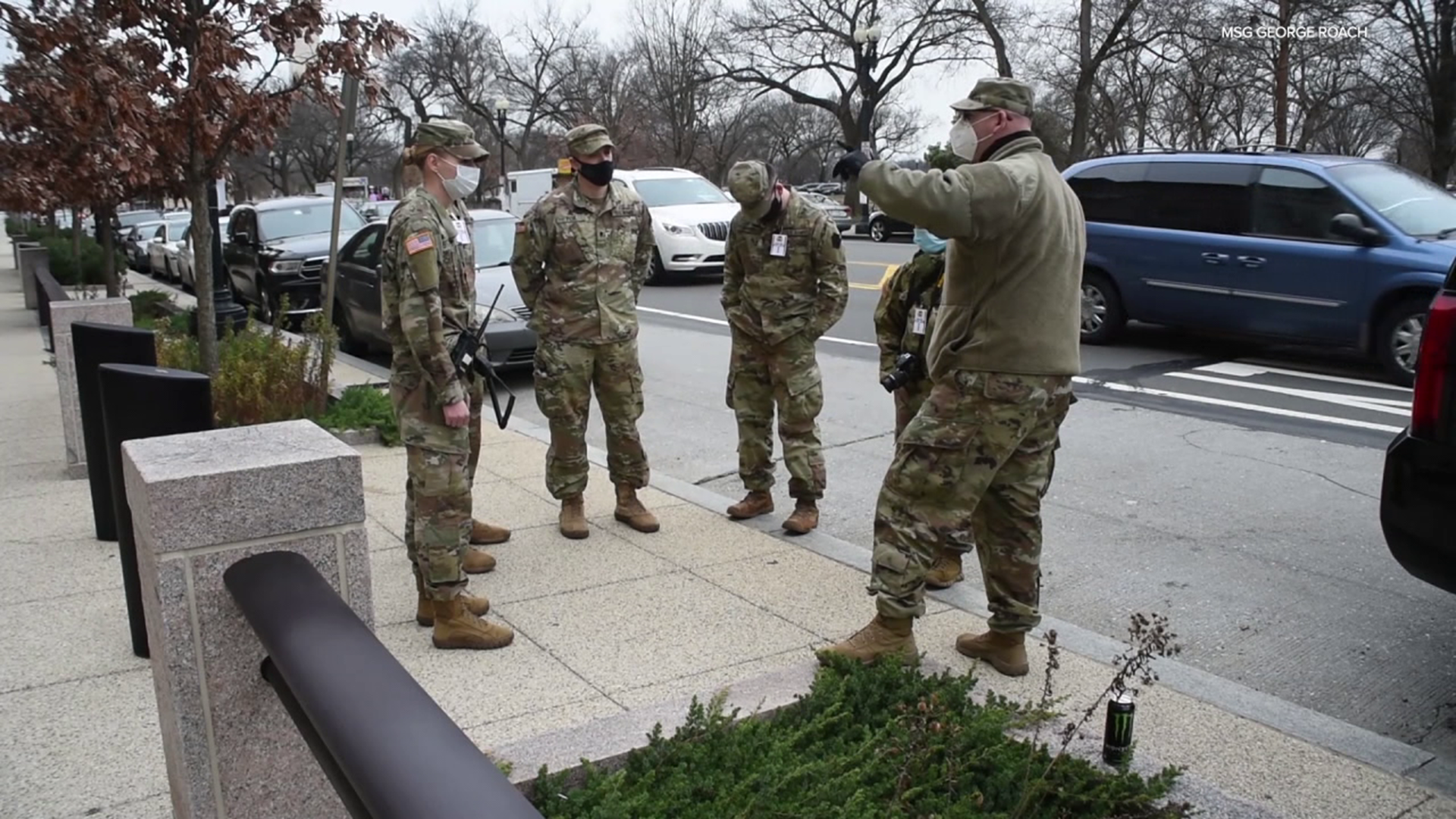 The Pennsylvania National Guard has been supporting Presidential Inaugurations for 232 years.

This year, it comes at a time when tensions are high about the transition of power.

"Our goal down here is to make sure everybody has the opportunity to come out and take full advantage of all of their rights as United States citizens and we hope that everything remains peaceful and the transition of power is smooth," said SSG William Cook, 328th Brigade Support Battalion.

Staff Sergeant William Cook of Mechanicsburg has been a member of the national guard for nearly 19 years.

This is the first time he's been sent to Washington D.C. ahead of the inauguration.

He and his battalion are providing meals to the soldiers who are securing Washington D.C., after the violent riot last week at the Capitol.

"Right now we're currently providing 15,000 meals a day to the elements that are underneath of us as well as providing maintenance for vehicles and military equipment," said SSG Cook.

Governor Tom Wolf announced Friday that he is sending an additional 1,000 Pennsylvania National Guard members to assist D.C. guard members and civil authorities in protecting the nation's capital ahead of Inauguration Day.

Staff Sergeant William Cook believes they need all the help they can get.

"We need a lot of support down here currently with the size of the elements and the amount of the moving pieces. The more bodies we have on the ground the more effective we're going to be in our mission," said SSG Cook.

Currently, the number of national guard members in D.C. is over 15,000 and counting.

As we inch closer to Inauguration Day on Jan. 20, that number is expected to go up.