Schiff argued to senators that the House had overwhelming evidence showing that Trump abused his office and obstructed Congress, but that the case would be even more clear to both the Senate jurors and the public if senators voted to obtain additional witnesses and documents. The California Democrat, who is the lead impeachment manager for the House, invoked Founding Father Alexander Hamilton in his opening statements, which kicked off the House’s 24 hours for arguments.

“We are here today — in this hallowed chamber, undertaking this solemn action for only the third time in history –because Donald J. Trump, the 45th President of the United States, has acted precisely as Hamilton and his contemporaries had feared,” Schiff said. “President Trump solicited foreign interference in our democratic elections, abusing the power of his office by seeking help from abroad to improve his reelection prospects at home. And when he was caught, he used the powers of that office to obstruct the investigation into his own misconduct.”

Schiff’s presentation marked a new phase of the trial, after a marathon debate on Tuesday where Republicans repeatedly rejected motions to subpoena witnesses and documents related to the Ukraine scandal. The House’s 24 hours of arguments, which will be spread over three days, are intended to hammer home its case but also to try to convince moderate GOP senators that the trial should include additional testimony and documents.

It’s not clear whether the votes will be there for Democrats, as four Republican senators would need to join with them in voting for subpoenaing documents and witnesses. After Tuesday’s debate, where Senate Democrats offered 11 amendments that were then rejected nearly every time on a party-line vote, GOP senators said they remained unconvinced. Several echoed Senate Majority Leader Mitch McConnell’s arguments, laid out on Tuesday, against having witnesses for the trial after each side makes its presentations and the senators have a chance to ask questions.

“Our side has not changed our view on this,” said Sen. Roy Blunt, a Missouri Republican. “I think where House Democrats failed (Tuesday), and maybe Senate Democrats failed, was trying to use the time in a way that would wear us out … and deny the President’s team any response this week.”

In particular, GOP senators took aim at Nadler, who accused Republican senators of a “cover-up” in his late-night argument to vote to subpoena former national security adviser John Bolton.

“Chairman Nadler … when he started talking, I mean, people kind of jerked to attention because what he was saying and the way he was conducting himself, I think it was so insulting and outrageous it was a shock to all of us,” said Sen. John Cornyn, a Texas Republican.

After Nadler’s presentation and a heated rebuttal from the President’s lawyers Pat Cipollone and Jay Sekulow, who attacked Nadler, Chief Justice John Roberts admonished both sides, reminding them to keep their discourse civil.

Sen. John Thune of South Dakota, the Senate’s No. 2 Republican, said Nadler was “especially partisan” Tuesday night and that is “not helpful to their cause, frankly, because, you know, a lot of our members believe it was a partisan process coming out of the House and I think the tone (Tuesday) in many respects reinforces that. So if they’re trying to win the argument, that’s probably not the best way to go about it.”

Thune told CNN that the record “is pretty complete” when asked if there should be witnesses.

Schiff declined to answer questions about the criticism of Nadler before the managers went into the chamber for Wednesday’s session.

“The President late last night, depending on where you are in the world, the President bragged he had the material,” he told reporters. “Indeed, they do have the material hidden from the American people. That is nothing to brag about. If the senators are serious about wanting to learn all the facts, if the President’s team wants to contest any of the facts, these documents and witnesses will need to be produced.”

Schiff outlined how the seven House managers would make their presentations over the next three days, saying that senators would hear about “the extensive evidence collected during the House’s impeachment inquiry,” but also from those witnesses who did not testify — Bolton, acting chief of staff Mick Mulvaney, White House budget official Michael Duffey, and White House aide Robert Blair.

“You will hear their testimony at the same time as the American people. That is if you will allow it. If we have a fair trial,” Schiff said. “And you will see dozens of new documents, providing new and critical evidence of the President’s guilt, that remain in his hands, and in the hands of the Department of Defense and State, the Office of Management and Budget, even the White House. You will see them, and so will the public if you will allow it. If, in the name of a fair trial, you will demand it.”

Vote on witnesses looms over arguments

“It was non-negotiable for us that the Senate at least consider the question of evidence witnesses and documents and the rules of a fair trial,” Schumer said. “We would not be doing our job if we didn’t try to make this trial fair. We’re going to continue to do it.”

House impeachment managers will have the next three days to make their case to senators after McConnell backed away from a proposal for just two days amid complaints from key Republicans in his conference. After the House’s time is done, the President’s legal team will also get three days to give the President’s defense. When opening arguments are complete, senators will get 16 hours to ask questions by submitting them through the chief justice.

GOP Sen. Susan Collins of Maine is one potential vote. While McConnell held the Republican conference together to oppose the amendments on subpoenas for witnesses like Mulvaney and Bolton, Collins did join the Democrats to support one amendment, which would have given the two sides 24 hours to respond to trial motions on Wednesday. It was moot anyway — neither side submitted any motions.

Collins and other possible Republican crossovers say they want to wait until after the opening arguments before making a decision on witnesses. 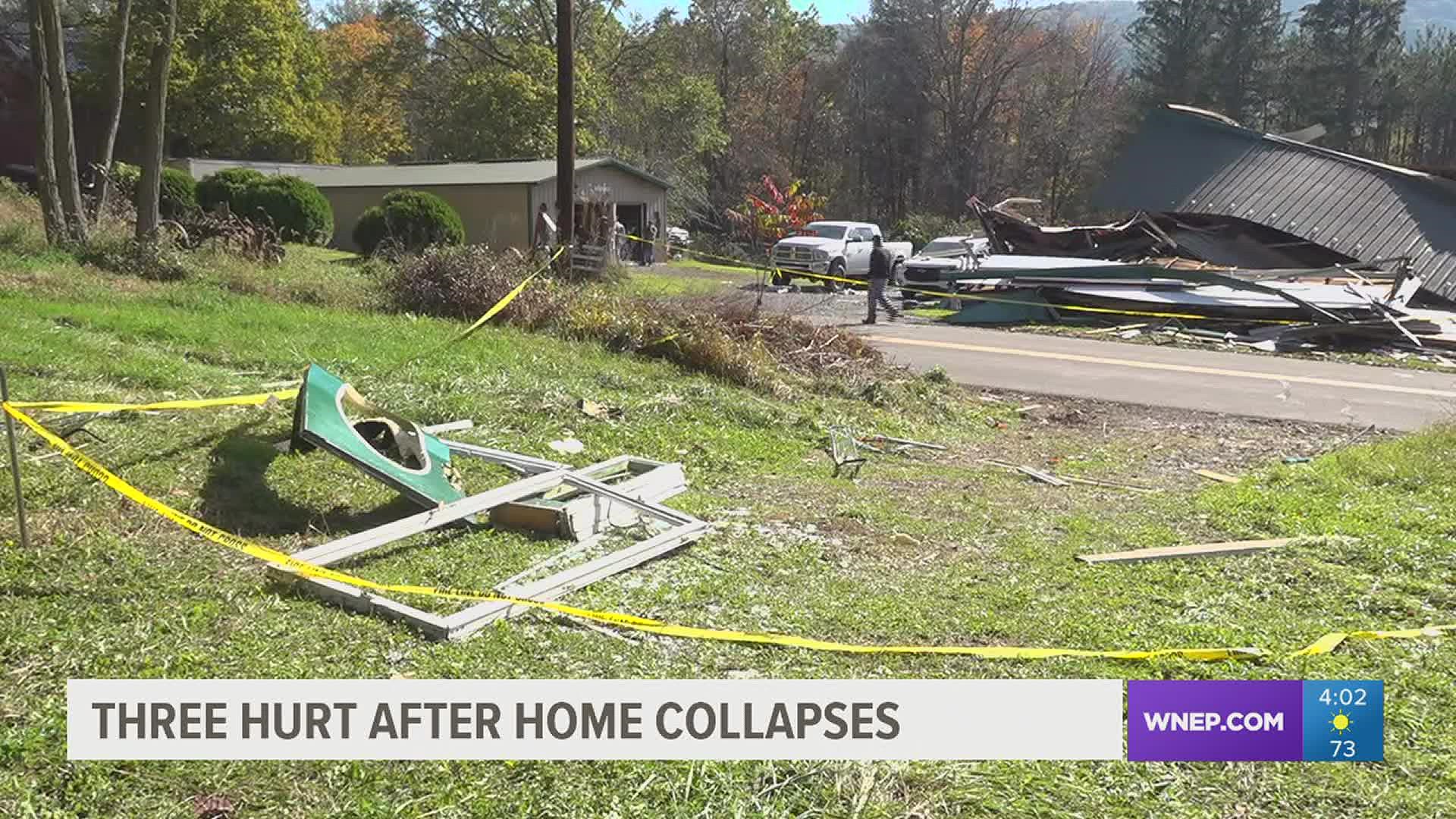 Three sent to hospital after home collapses in Columbia County