"This story is an Idaho story but it's also a national story and I think it really shows us part of a big picture of American history." 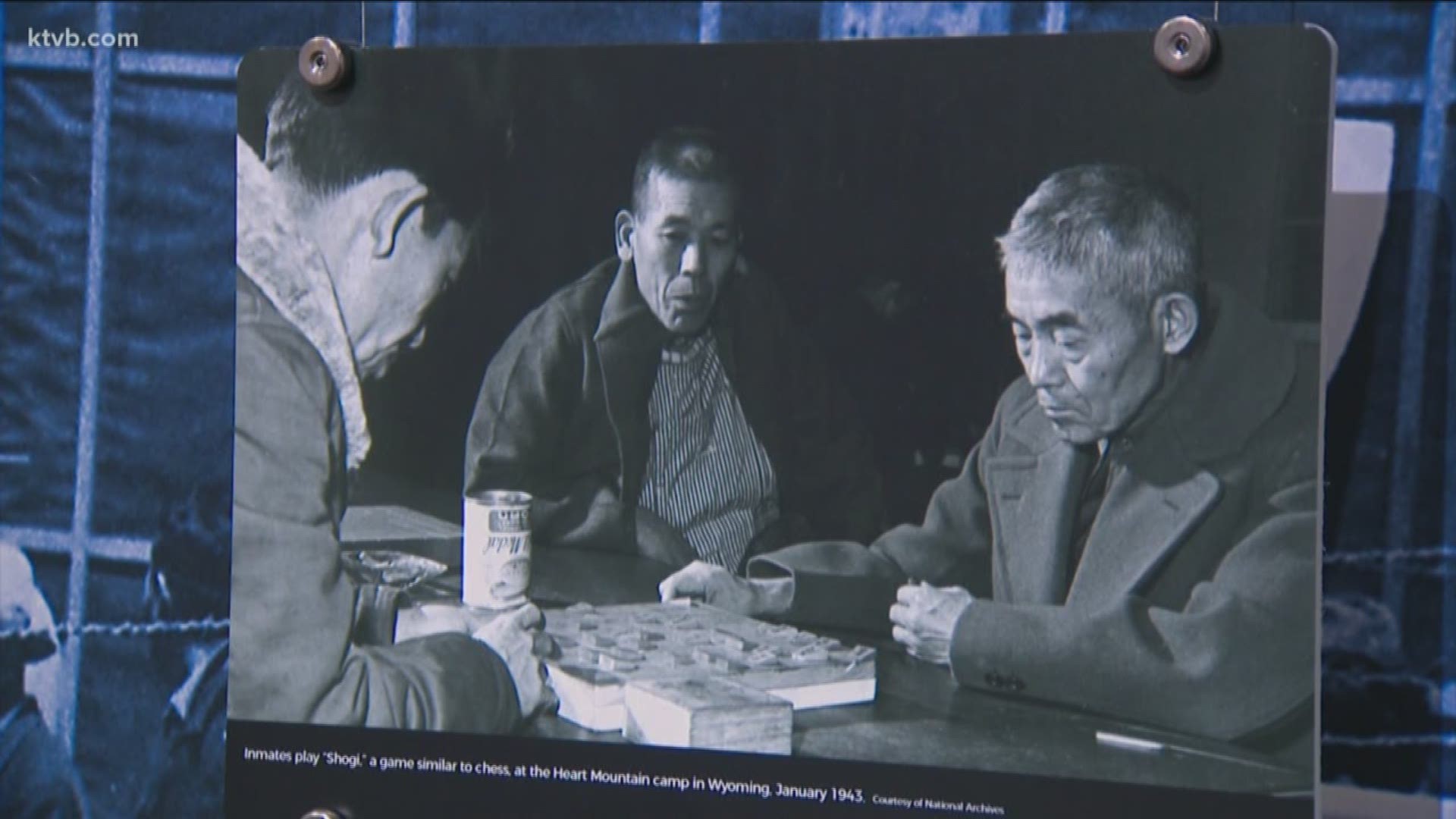 BOISE, Idaho — The Idaho State Museum in Boise is hosting an eye-opening exhibit that takes a close look at the U.S. incarceration of tens of thousands of Japanese Americans during World War II.

KTVB on Thursday got a sneak peek at the exhibit, which features artifacts, photographs, oral histories, and interactive displays explaining this dark chapter in American history.

"I think in this exhibit you will really see how harsh life was as an incarcerated, but you'll also see the hope for the future on display as well for some of the artifacts," said museum administrator Liz Hobson.

Between 1942 and 1945, U.S. government policy forced people of Japanese ancestry into isolated internment camps. The policy came as a reaction to the attack on Pearl Harbor and the ensuing war against Japan.

RELATED: From behind barbed wire: Student essays from inside a WWII American concentration camp

Now considered one of the most atrocious violations of American civil rights in the 20th century, more than 75,000 Americans of Japanese ancestry and more than 45,000 Japanese nationals were held in camps throughout the western U.S., including in Idaho.

The exhibition includes artifacts and photographs from the Minidoka National Historic Site, which incarcerated more than 13,000 Japanese Americans during the war.

"This story is an Idaho story but it's also a national story and I think it really shows us part of a big picture of American history," said Sarah Phillips, the museum's curator of collections and exhibitions.

Credit: Kevin Eslinger/KTVB
A display at the Idaho State Museum offers a glimpse inside Japanese internment camps, including one in Minidoka, Idaho, during World War II.

The traveling display is based on an exhibit at the National Museum American History from 2017-2019 in Washington, DC, and was adapted for travel by the Smithsonian.

It will be on display at the Idaho State Museum on Julia Davis Drive in Boise through April 5.

RELATED: Prisoners in Their Own Land: Life in a Japanese internment camp

RELATED: Prisoners in Their Own Land: Return to Minidoka