Restaurants, Community Come Together for Benefit

OLD FORGE, Pa. — Old Forge is a borough known for its food. So when a native was diagnosed with cancer, the community came to her aid in the most natural ... 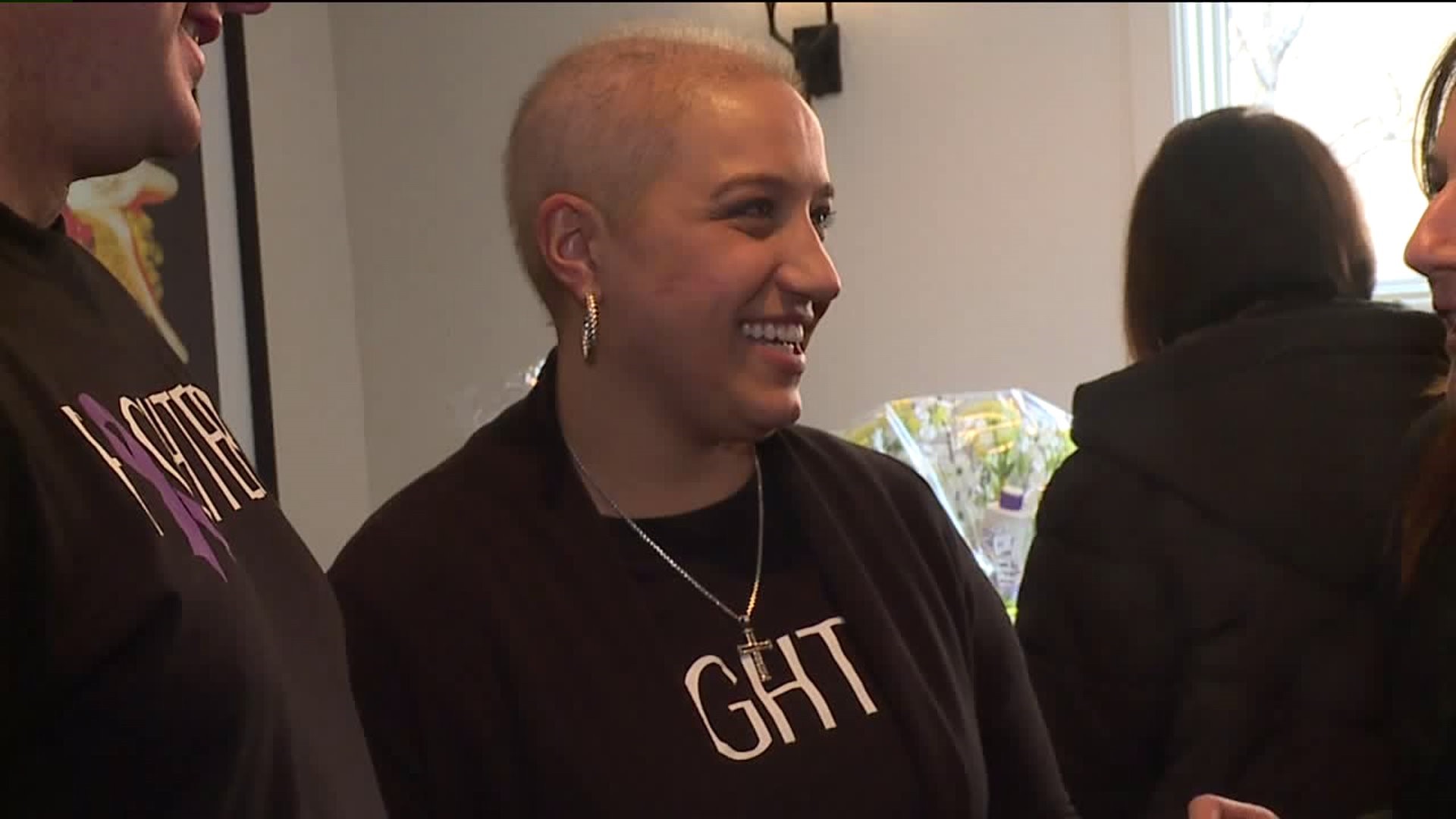 OLD FORGE, Pa. -- Old Forge is a borough known for its food. So when a native was diagnosed with cancer, the community came to her aid in the most natural way.

Hundreds packed a restaurant Sunday to help Lauren Belko in her battle with Hodgkin's lymphoma.

Belko has lived in Old Forge her entire life.

When she was diagnosed with Hodgkin's Lymphoma last year, there was no question her hometown would support her.

"It's a very small town, but as you can see, we do nothing small," Belko said. "Everything is over, crazy, overwhelming, and big and that's the only way. The community support is number one and I'm very grateful, again."

While Cusumano's did the cooking, all the food was donated from other restaurants in town.

"It's unbelievable, the amount of donations that poured in for this," T.J. Cusumano, the owner of Cucumano's, said. "From every restaurant in Old Forge, restaurants in Duryea and up and down the valley really helped out with this."
Lauren's fiance and her family spearheaded the effort that will help pay for her continued cancer treatment.

"We're so grateful that, you know, she's here and it's a curable disease," Lauren's fiancé Sean Madden said. "We have about five and a half months to go and then she's in the clear. At the end of that, I think the biggest thing is that we get married in June."

"This is not easy for any of us to go through. My fiancé, and my parents, my sister, and my entire family are just overwhelmed by everybody here," Belko said. "Again, very grateful, we're very thankful for what we have in life right now."

Lauren says the feeling of community here was priceless.