Rallying for the President

HERSHEY, Pa. — A standing ovation, thunderous cheers and patriotic music pumping throughout the arena was the scene as President Donald J. Trump took the ... 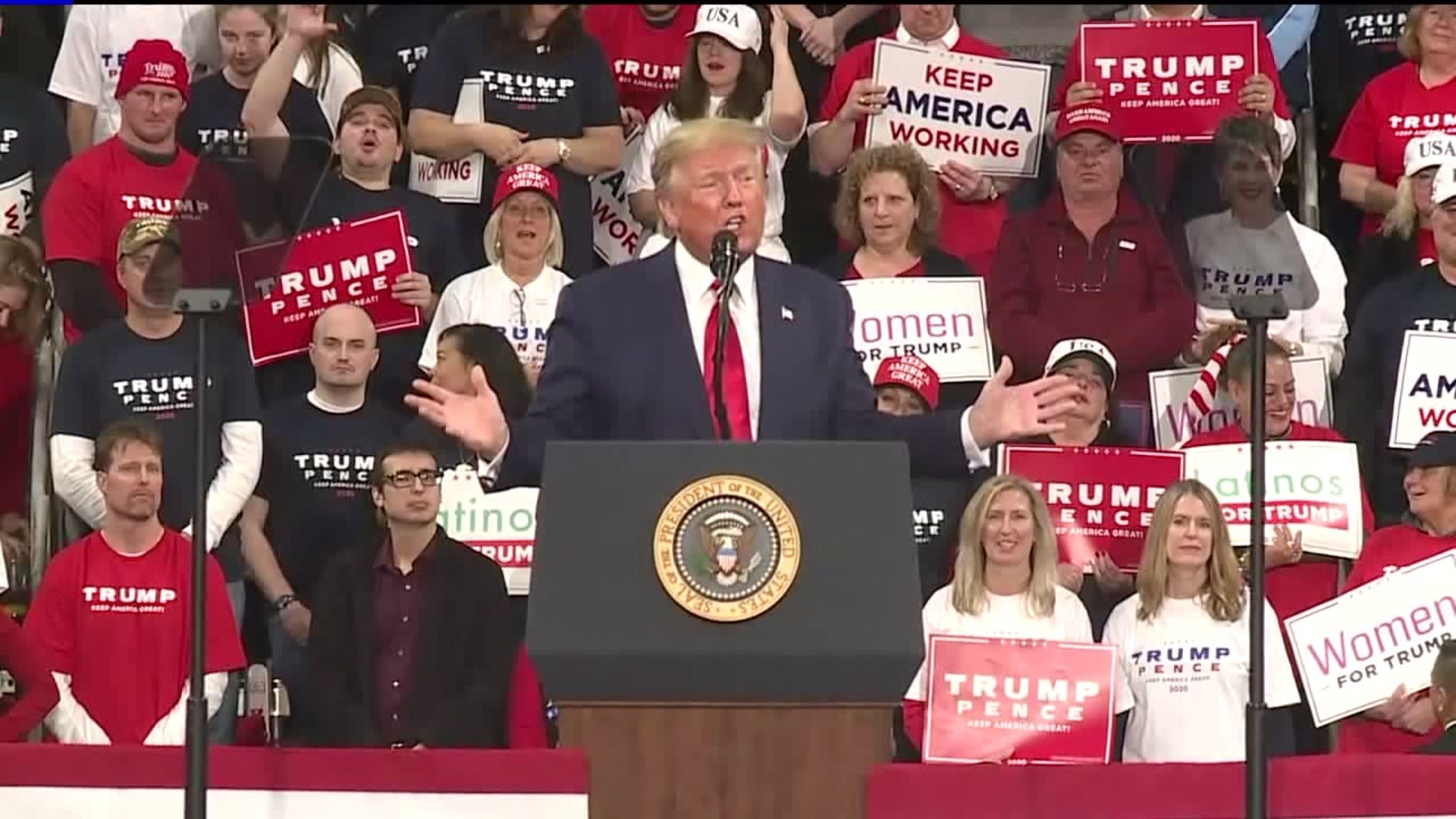 HERSHEY, Pa. -- A standing ovation, thunderous cheers and patriotic music pumping throughout the arena was the scene as President Donald J. Trump took the podium at the Giant Center in Hershey Tuesday night.

He was welcomed by supporters at this rally on his Keep America Great re-election tour.

Trump is once again relying on Pennsylvania to win him the Oval Office in 2020 and talked for more than an hour to drum up enthusiasm.

“Here in Pennsylvania, you had the singular best year that you’ve ever had in the history of our country, the Pennsylvania unemployment rate has reached an all-time low,” Trump said.

This rally comes the day Democrats in the House of Representatives filed two articles of impeachment against Trump, obstruction of Congress, and abuse of power.

The president didn’t pull any punches when taking a swing at his opponents.

“They announced that they are going to impeach the 45th President of the United States and your favorite president,” Trump said.

Supporters who came to listen say what they heard at this rally makes them all the more confident Trump must be president for another term.

“Absolutely amazing. He is on fire, we need to keep him in for four more years,” Jeanie Singley of Orwigsburg said.