Presidential candidate Bernie Sanders held a rally for supporters in Tacoma on Monday night. KING 5's Chris Daniels sat down with the Senator before the rally. 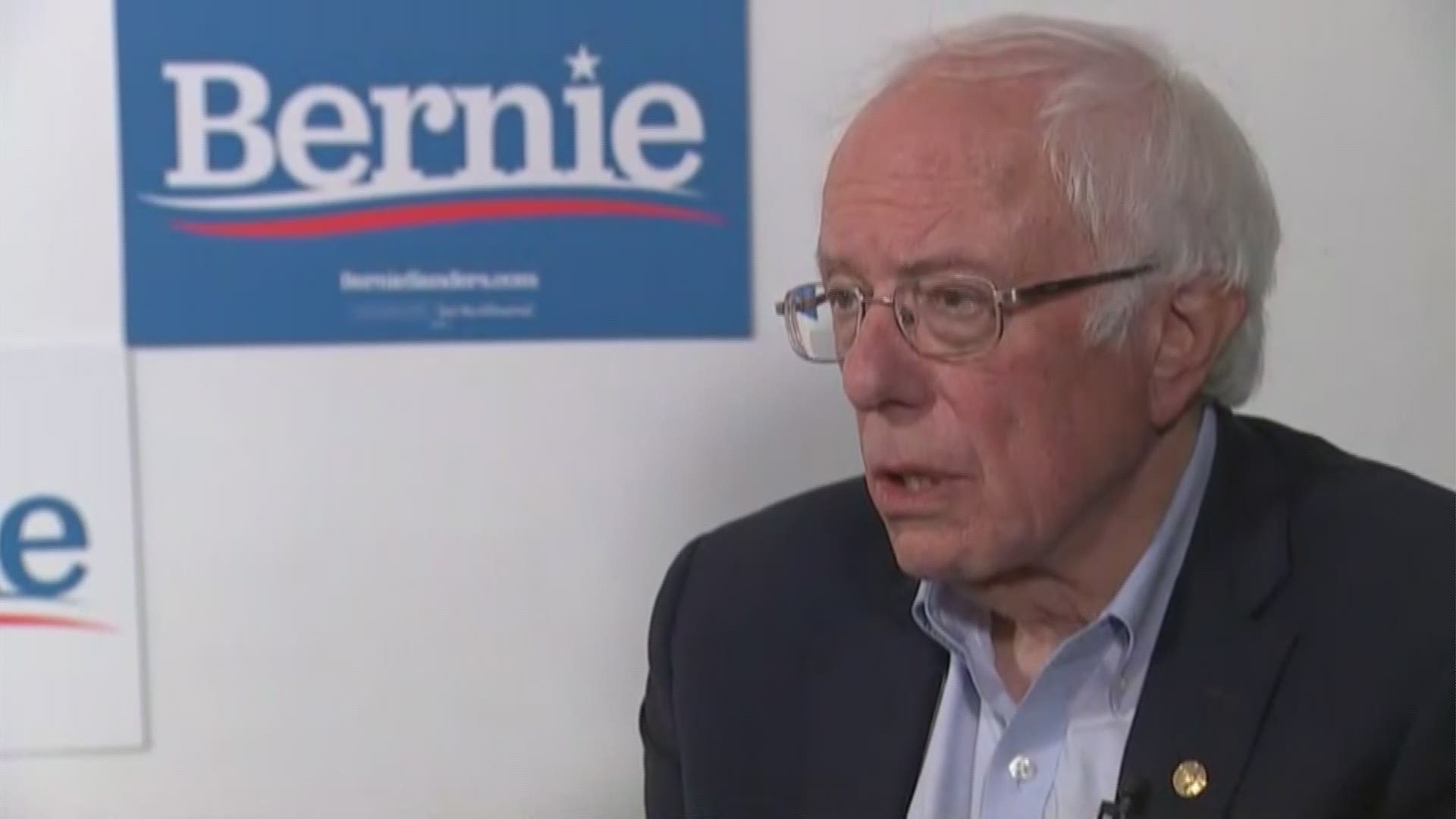 Sanders is fresh off a win in the New Hampshire primary and visiting Washington ahead of its March 10 presidential primary. State Democrats scrapped the caucuses they previously used – and which Sanders won in 2016 – for the primary.

Before speaking to a packed crowd in the Tacoma Dome, Sanders spoke one-on-one with KING 5 Chief Reporter Chris Daniels. 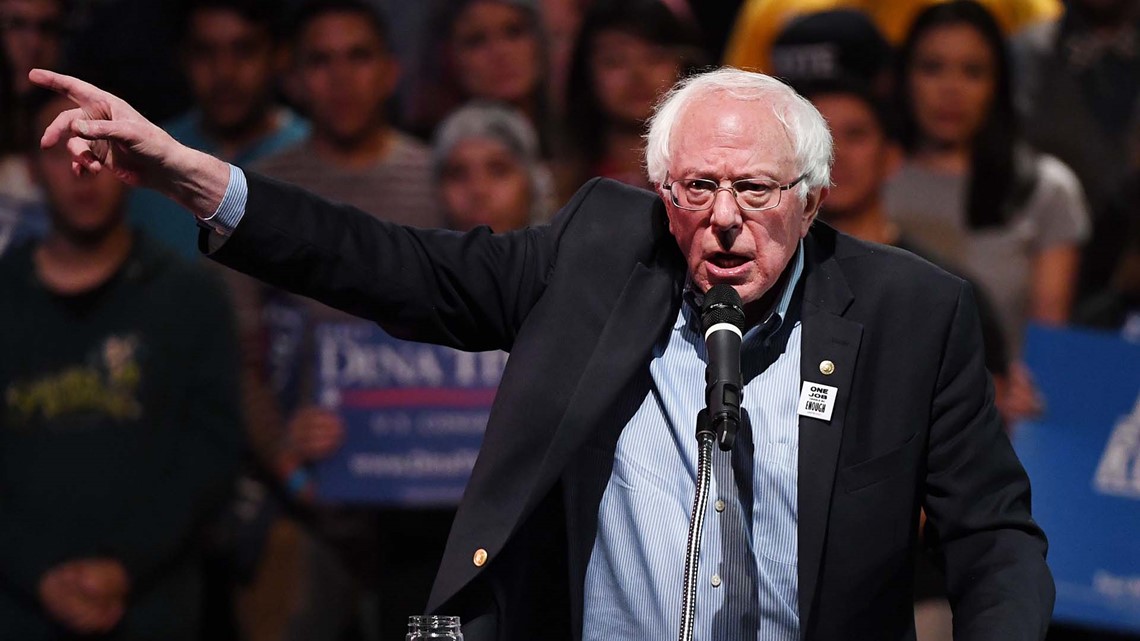 Bernie Sanders holding a campaign rally in Tacoma Monday
OLYMPIA, Wash. - Democratic presidential candidate Bernie Sanders will hold a rally at the Tacoma Dome on Monday night in his first 2020 campaign appearance in Washington state. Rep. Pramila Jayapal, who represents the 7th Congressional District that covers most of Seattle, is expected to be at the rally alongside Sanders.

Sanders spoke about Amazon, universal healthcare -- which is a huge movement in his campaign -- among other things.

Sanders said if he were elected President, he would look at industries like Amazon that "have an increased concentration of ownership... to see what kind of monopolizations exist."

On 'Medicare for all:'

“We have a cruel and dysfunctional healthcare system in which we are spending twice as much per person as the people in any other country, yet 87 million of us are either uninsured or under-insured. 30,000 die each year.  We pay by far the highest prices in the world for prescription drugs-- half a million people go bankrupt. It is a system that is designed to make huge profits for the drug companies and the insurance companies. We need a system that guarantees healthcare to all people in a cost-effective way. That’s what medicare for all does. It will save the average worker in this country substantial sums of money."

Mike Bloomberg, another Democratic Presidential candidate, posted a Tweet about 'Bernie Bros' (Sanders supporters) and violent/hateful rhetoric that has been directed at him by Sanders supporters.

"My response to Mike Bloomberg is that he has every right in the world to run for President of the United States. He does not have a right to buy the Presidency-- that's not what democracy is supposed to be about."

"Some of the discourse that allegedly is coming from people who support me-- and let me be very clear: anyone who says that they are supporting me who is saying terrible things about anybody else is not really supporting me. I don't want their support. But you know, the Internet, as you well know, is kind of a Wild West out there... Let me be very clear: I want our supporters to argue the issues. I don't want to see horrific personal attacks against anybody."

WATCH: Bernie Sanders speaks to crowd of 17,000 at Tacoma Dome

Since he launched his presidential bid, Sanders has raised nearly $6 million from Washingtonians, according to his campaign.

An exclusive KING 5 News poll also suggests Sanders could earn the Democratic vote in Washington. The poll, which was conducted last month by SurveyUSA, found 26% of likely Democratic voters in Washington would cast their vote for Sanders if the presidential primary were to happen today. Joe Biden would earn 21% of the vote, Elizabeth Warren would garner 16%, and Mike Bloomberg would receive 12%.

“We need an economy. We need a government that works for all, not just the 1%, not just the wealthy campaign contributors. That's what this campaign is about, and I believe that will be a message that will win us the nomination and defeat the most dangerous president in modern American history, Donald Trump," Sanders said. 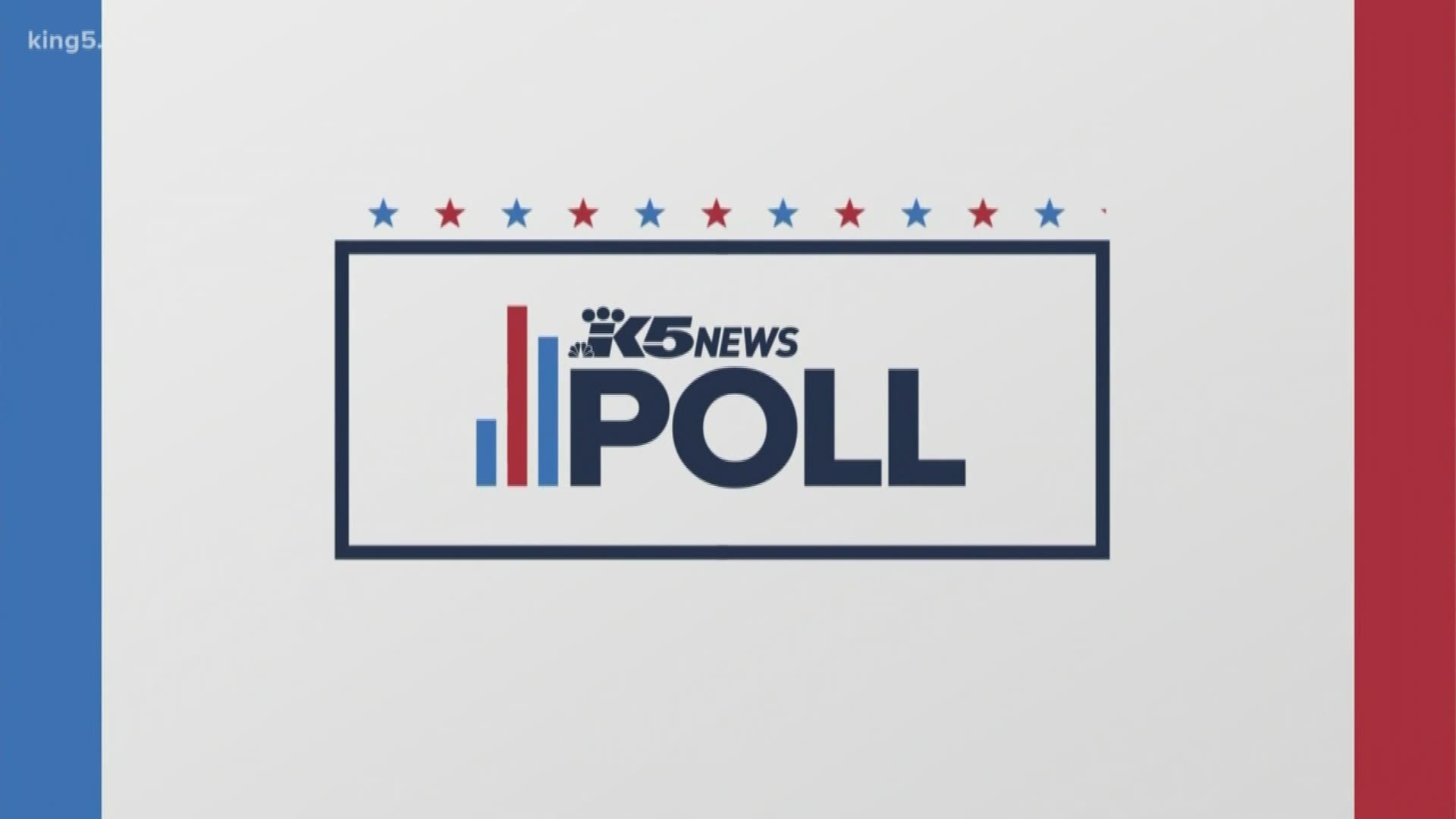