The bill includes an eight-year citizenship path for immigrants. 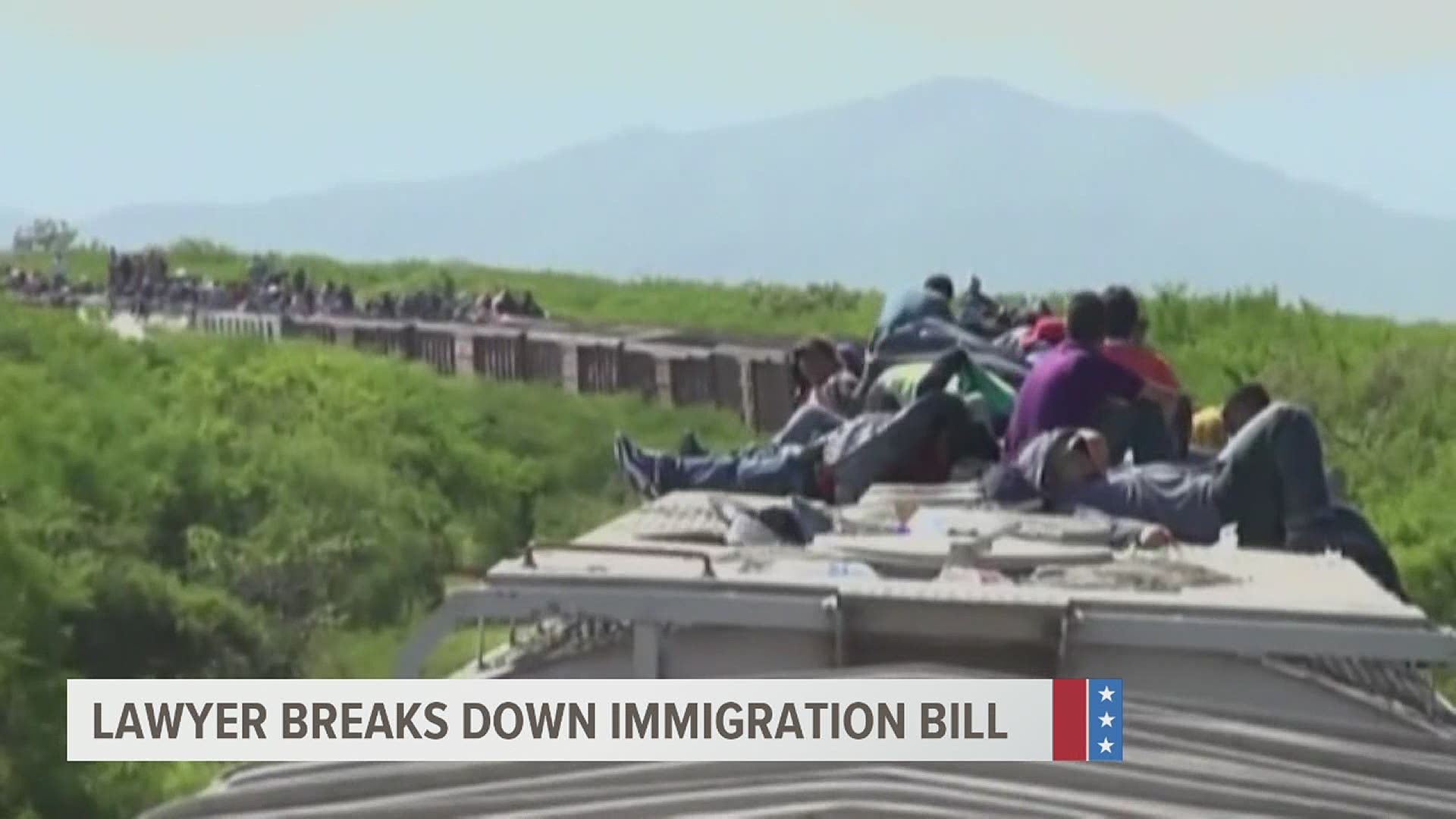 PENNSYLVANIA, USA — PENNSYLVANIA.- After being sworn in, President Biden got right to work by sending out one of his first proposed bills--The Us Citizenship Act Of 2021.

"What it would do is... If this bill is enacted, if this provision is enacted, people would be able to apply for a work card and a travel document that would be good up to five years," said Immigration lawyer Troy Mattes.

In order to qualify, the individual must pass criminal and national security background checks.

“Once the five years have passed and you’ve been a good person, no criminal activity, you have to prove that you’ve been paying your taxes, then you can apply for a green card," said Mattes.

After three years of having that green card, the individual is eligible to apply for a U.S Citizenship.

Some in congress aren’t sure about where President Biden’s priorities stand.

Pennsylvania Congressman Fred Keller says before having talks about immigration, President Biden should first focus on those struggling here at home.

Congressman Keller also adds that the bill is not fair to those who abide by the rules.

“We should not be looking at rewarding people—adults that have come to our nation and did not follow the law," he adds.

Mattes—who works mainly with Central American immigrants says he remains hopeful that at least some parts of the bill will pass.

“With The Right Negotiation And Coming To An Agreement, I’m Very Optimist," he said.

The Bill also includes: Supplement existing border resources With technology and infrastructure, and support asylum seekers and other vulnerable populations.