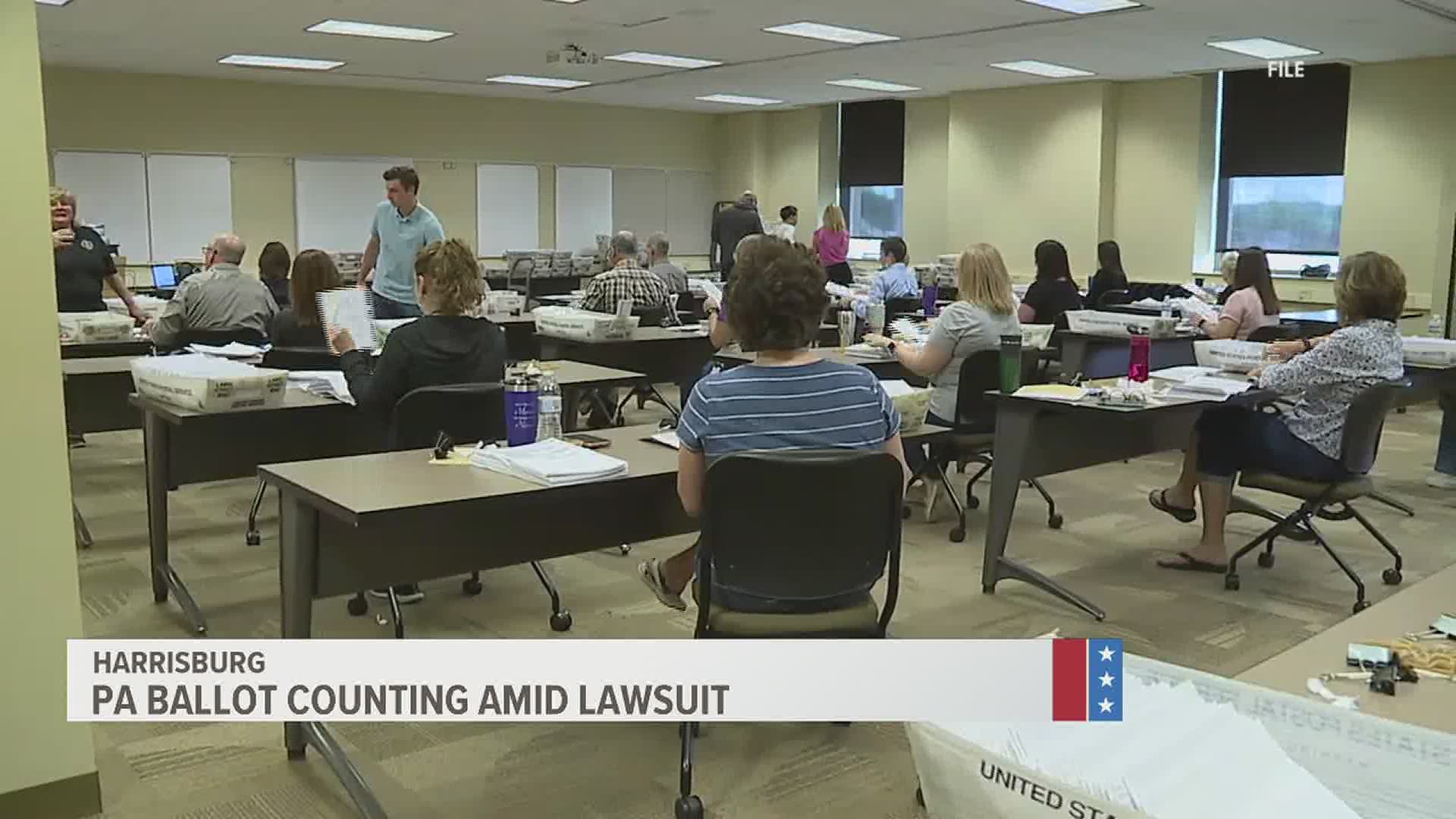 PHILADELPHIA — Editor's note: The above video is from November 4.

A Commonwealth Court judge on Thursday reversed a lower court's decision and ordered that all candidates, watchers or candidate representatives be permitted to be present to observe Philadelphia's vote canvassing process within a distance of six feet.

Judge Christine Fizzano Cannon's ruling, issued Thursday morning, overturns a decision by a Philadelphia judge that rejected a complaint by Trump campaign officials, who claimed they weren't being adequately permitted to observe the vote count.

Cannon ordered the Philadelphia Court to issue a new ruling by 10:30 a.m. Thursday allowing all candidates or their representatives to "observe all aspects of the canvassing process."

The representatives must observe COVID-19 mitigation rules for social distancing and must be wearing face coverings, Cannon ruled.

Trump's team lodged its initial complaint with the Philadelphia Court on Tuesday, claiming that vote canvassing watchers were being kept too far away to be able to adequately observe the process.

"In a major victory for election integrity, election transparency, all Pennsylvania voters, and the rule of law, the Trump Campaign has prevailed in our suit challenging our Republican poll watchers’ complete lack of any meaningful access to the ballot processing and counting process.

"The eyes of the country are on Pennsylvania, but Pennsylvania Democrats, led by their radical left Secretary of State whose only goal is to steal this election from President Trump, has kept eyes off of the absentee ballot counting process. That ends now in Philadelphia.

"As a result of this incredible legal victory, the lower court’s order has been reversed. Now, according to the Commonwealth Court of Pennsylvania, 'all candidates, watchers, or candidate representatives' shall 'be permitted to be present for the canvassing process' and 'be permitted to observe all aspects of the canvassing process within 6 feet, while adhering to all COVID-19 protocols, including, wearing masks and maintaining social distancing.'

"For the good of the nation, every Pennsylvania county should follow the lead of this judge and provide access for observers to ensure transparency and integrity in Pennsylvania. That is the only way to ensure a fair, transparent election in which all Pennsylvania voters can have confidence their vote will count."