The race is to fill the seat in the 22nd State Senate District vacated by the retired John Blake. 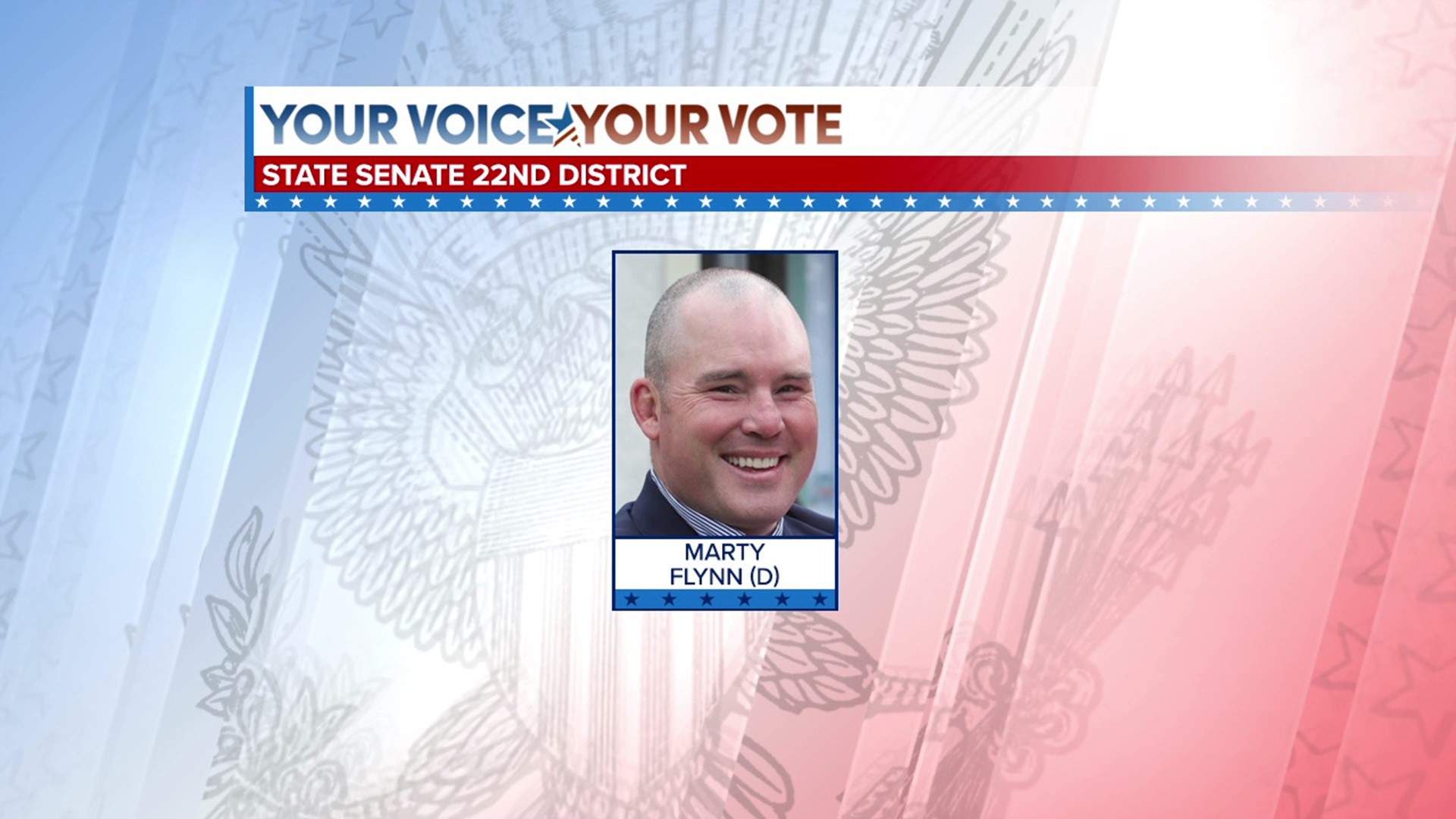 PENNSYLVANIA, USA — Marty Flynn has won a special election to fill the seat in the 22nd State Senate District vacated by the retired John Blake.

The 22nd District covers all 163 precincts in Lackawanna County, 10 in Luzerne County, and seven in Monroe County.

Democratic leaders chose State Rep. Marty Flynn as the nominee over Rep. Kyle Mullins. Flynn has represented the 113th District since 2013. He defeated incumbent Dem Kevin Murphy in a close primary in 2012, then was unopposed in the general election. Flynn has never gotten less than 68% of the vote in general election races for the 113th and has run unopposed three of his five races. He is a graduate of Scranton Prep and Marywood University and worked as a Lackawanna County Prison guard. Flynn is also a former mixed martial arts fighter and boxer who foiled a mugging and got into a shoot-out near the State Capitol in Harrisburg in 2014.

Chris Chermak is the Republican nominee. Chermak, who is from Dalton, is Lackawanna County’s Minority Commissioner. He is a graduate of Abington Heights High School and works as an HVAC technician. Chermak worked for his family’s auto business in Clarks Summit for 36 years (1981-2016) and has been part of Elk Mountain’s Ski Patrol since 1997. He holds certifications as an Emergency Medical Responder, a single-engine pilot and a SCUBA diver. Chermak has begun hosting a podcast, “Street Level with Chris Chermak” which promises “a nuanced peek into issues” and can be found on Apple Podcasts.

Nathan Covington is the Libertarian candidate. Covington lives in Mountainhome in Monroe County and owns Covington Creations, a web design and development business. He also has a general contracting business and is Barrett Township’s elected auditor. Covington’s campaign website has a bio and a link to donate, as well as a page of inspirational quotes ranging from The Bible to Plato to Steve Jobs.

Marlene Sebastianelli is the Green Party candidate. She is a licensed nursing home administrator who works as a compliance consultant. Sebastianelli owns Case Quattro Winery in Blakely and co-owns Intact Health and Wellness in Dunmore. She is also the president of the Dunmore Farmers Market.