Early voting turnout has proven to be record-breaking. 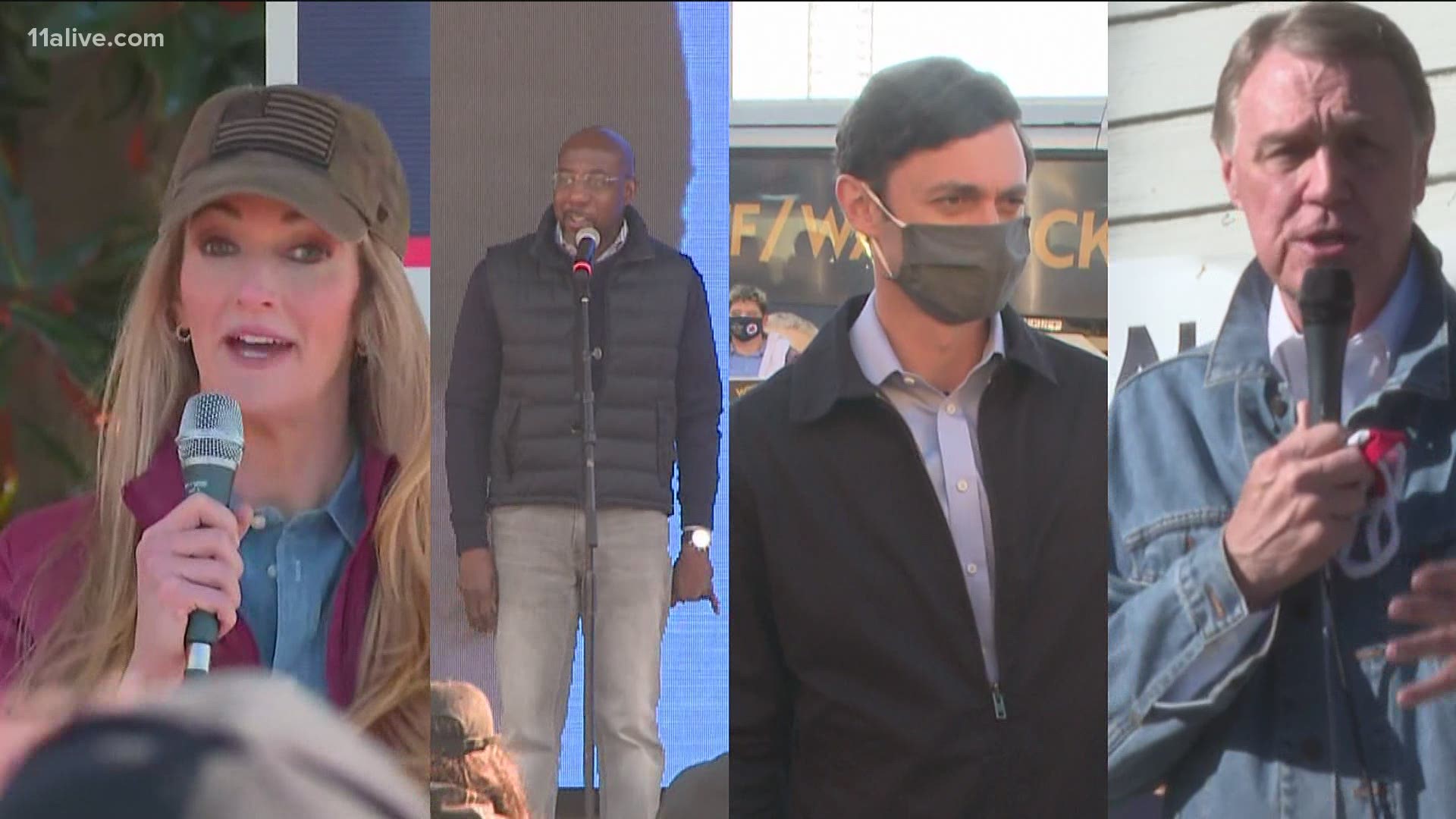 ATLANTA — In the final days of the U.S Senate runoff election in Georgia, each day brings new announcements about more campaign visits to the Peach State.

All of this is part of the last-minute efforts geared toward Georgians trying to influence them toward who they should vote for in the dual heated match-ups for U.S. Senate -- between Democrat Jon Ossoff and Republican incumbent David Perdue in one race; and between Democrat Raphael Warnock and Republican incumbent Kelly Loeffler in the other race.

The two run-off elections will determine which party holds the balance of power in the United States Senate. And this has brought all of the national attention to Georgia.

Turnout in early voting has proven to be record-breaking, with high interest from Georgia voters statewide.

As of Friday evening, more than 3 million Georgians have already cast their ballots for the runoff election.

RELATED: Senate runoff early voting surpasses half of all votes from general election

“I think that’s a testament to Georgia voters and their interest and their civic responsibility -- and the fact that they’re exercising their vote," Gillespie said. "I think it’s also a function of the fact that campaigns had pretty much, unlimited resources to go out and mobilize people to vote.”

President Donald Trump is expected to return to Georgia on Monday. The President is scheduled to campaign for Loeffler and Perdue at a rally in Dalton. Vice President Mike Pence will visit Milner in Lamar County.

President-elect Joe Biden will be in Atlanta on Monday, while Vice President-elect Kamala Harris will campaign in Savannah on Sunday to show support to Ossoff and Warnock.

“While people may be really annoyed at the number of text messages and phone calls they’ve received, and the mail that they’ve gotten, and people who have shown up at their doors, that’s how you increase voter turnout,” Gillespie said.

At this point, Gillespie says that it too close to call which way Georgia will lean, as a battleground state.