Did my mail-in vote count? How to make sure in Pennsylvania

You can only check the status of your ballot if you voted by mail-in or absentee. 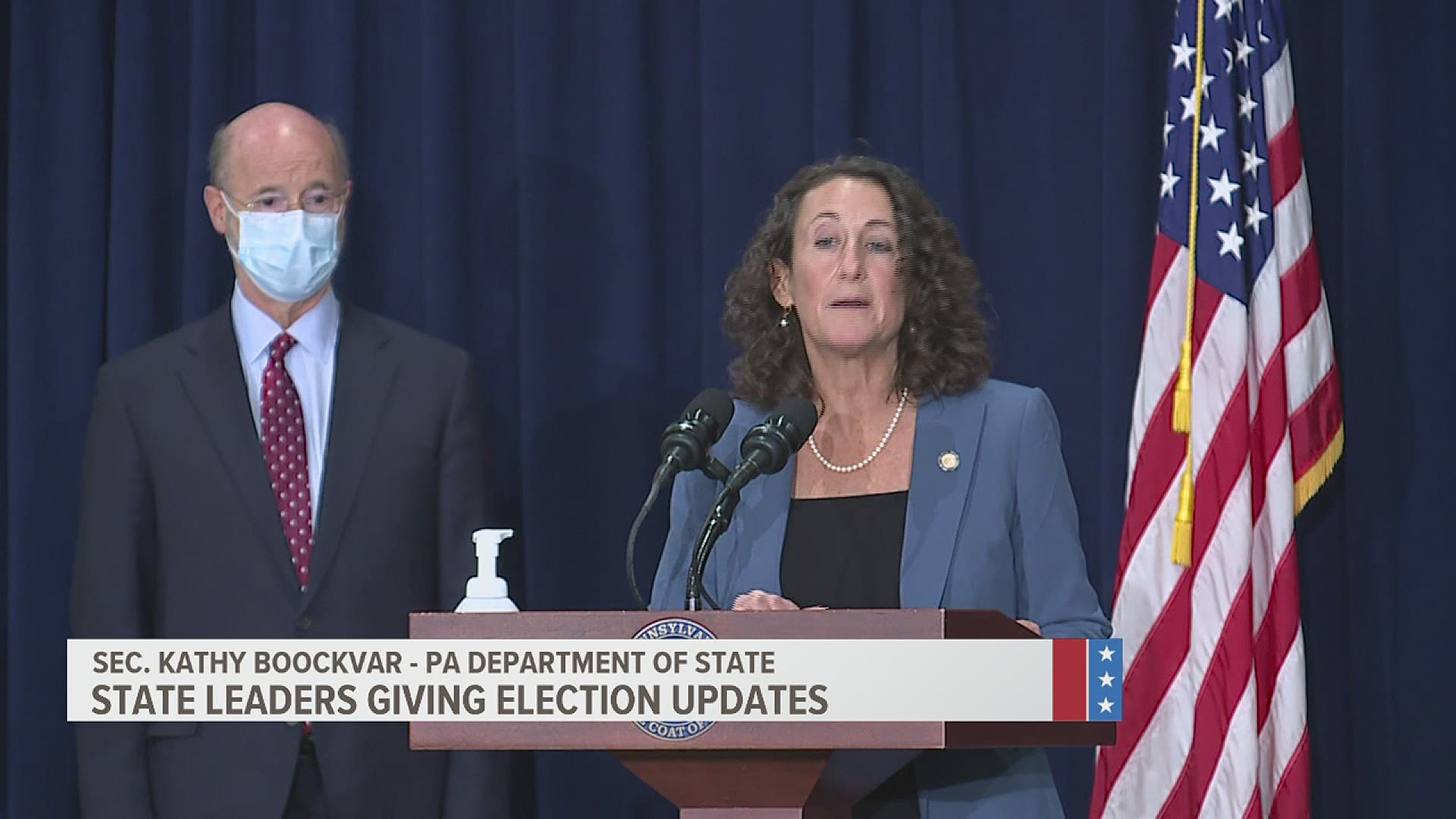 PENNSYLVANIA, USA — The 2020 General Election has ended, but the counting of votes has not.

As states continue to total their votes, the eyes of the nation and world are shifting to Pennsylvania, one of the last states to be called in the Presidential Election.

If you voted in Pennsylvania with a mail-in or absentee ballot, you can track the status of your ballot by using the state's Election Ballot Status portal.

You will need to enter your first & last name, date of birth, and the county you vote in to get your results.

Below is an example of a mail-in ballot that was applied for in April of 2020, mailed on October 8, and processed on October 20.

As you can see in the image below, this vote was marked as "vote recorded" by the state:

The state says that the "vote recorded" status means the ballot was received by the County Elections office.

If you voted in person in Pennsylvania, you will not be able to check on your ballot status via this tool.

On Wednesday, Governor Tom Wolf and Pennsylvania Secretary of State Kathy Boockvar called for patience as the commonwealth's votes are counted and promised to fight any attempts from outside the state to interfere with the election.

“Pennsylvania will have a fair election,” Wolf said in a news conference at the Pennsylvania Farm Show Complex Wednesday morning.

Later Wednesday afternoon, President Trump's campaign said that it is suing to temporarily stop the vote count in Pennsylvania, claiming lack of “transparency.”

Justin Clark, Trump’s deputy campaign manager, said in a statement that the campaign is “suing to stop Democrat election officials from hiding the ballot counting and processing from our Republican poll observers.” He said the campaign wants “to temporarily halt counting until there is meaningful transparency and Republicans can ensure all counting is done above board and by the law.”

Clark also said the campaign would seek to intervene in an ongoing Supreme Court case involving the deadline for receiving mail-in ballots.

There have been no reports of fraud or any type of ballot concerns out of Pennsylvania. The state had more than 3.1 million mail-in ballots that take time to count, and an order allows them to be counted up until Friday if they are postmarked by Nov. 3.

The Associated Press has not yet called Pennsylvania.