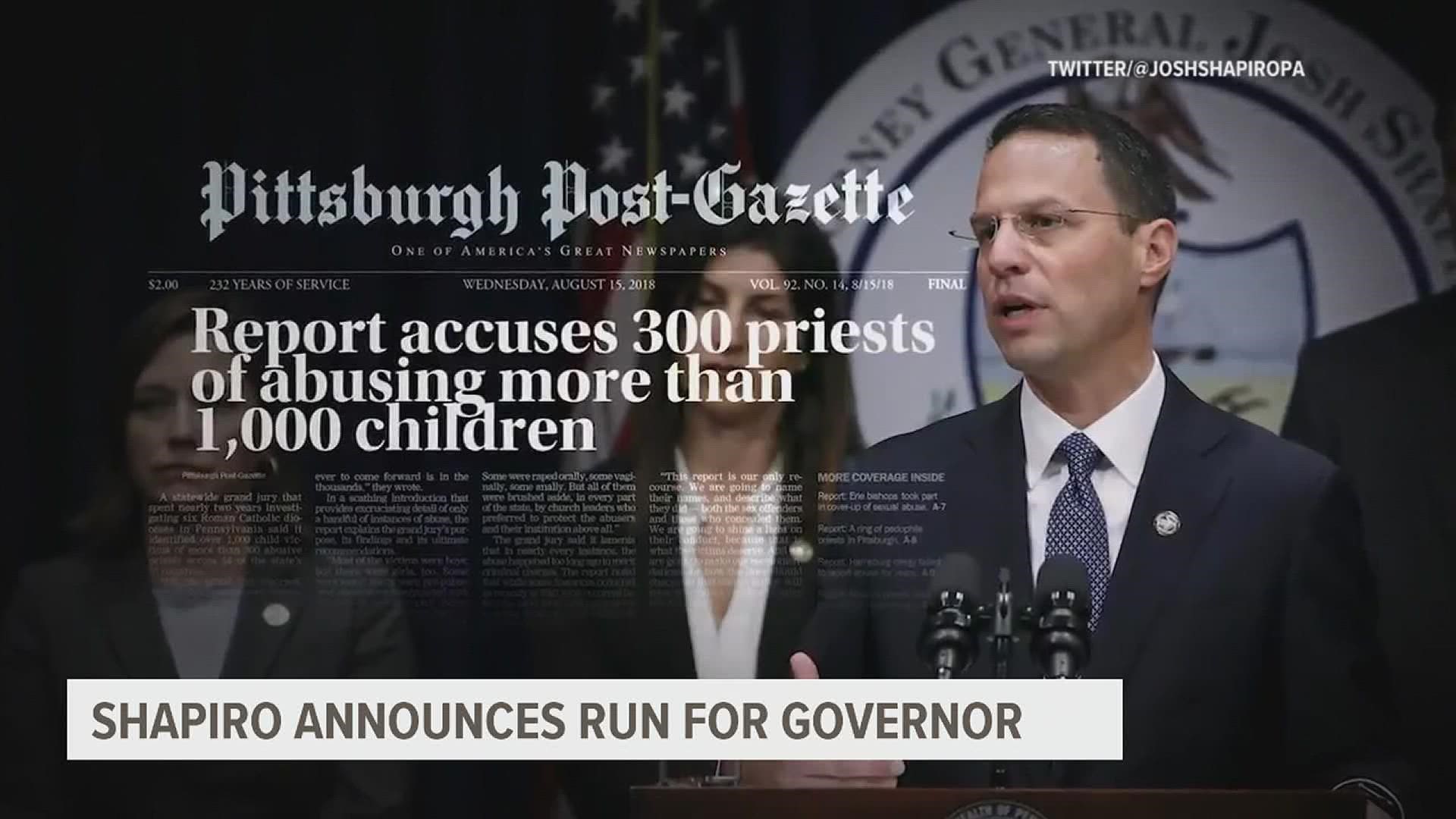 He made the announcement via Twitter early on Oct. 13, saying:

"The stakes are too high to sit on the sidelines. It's time we all get in the game and fight for our rights, our democracy, our Commonwealth."

The 48-year-old is a self-described progressive who led a nationally prominent investigation into sexual abuse of children by clergy. He further raised his political profile by pushing back against Donald Trump’s effort to overturn his presidential election loss last year.

Shapiro is the only announced Democratic candidate for governor. The Democratic incumbent, Gov. Tom Wolf, is constitutionally barred from running for a third term. Shapiro has Wolf's endorsement.