The number of people opting to either vote early or by mail has reached record levels. 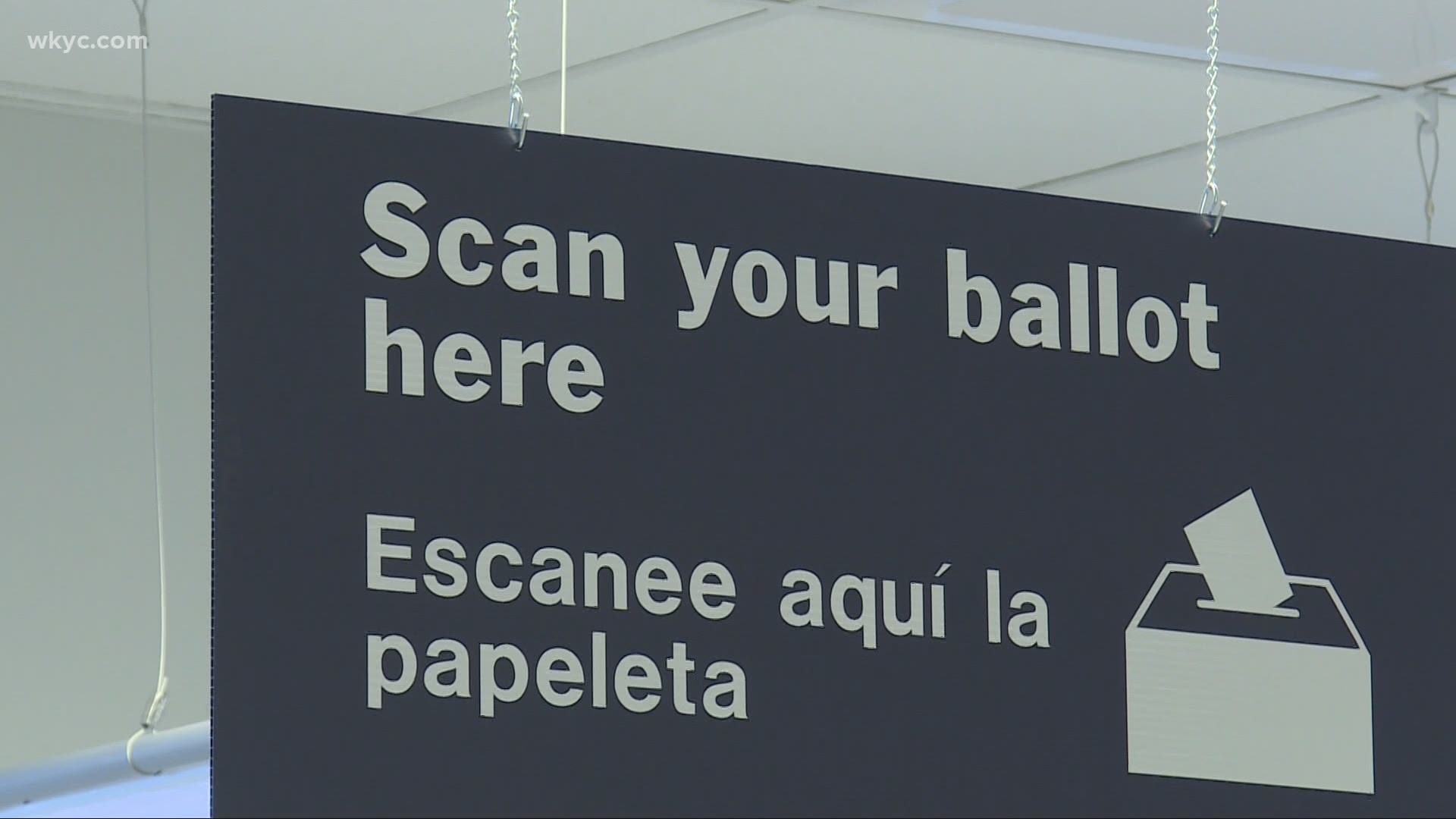 CLEVELAND — As millions of Americans have already decided to cast their ballots early, it’s important to know what happens to your ballot until Election Day gets here.

Unlike some other states, here in Ohio those ballots are allowed to be scanned as they’re received. Our 3News "Go Vote" team visited the Cuyahoga County Board of Elections to see what the process is for storing and managing the influx of ballots this election season.

If you vote in-person at the board, your ballot is treated much like it would be on Election Day. Your identity is verified, you sign the voter roll, then fill out your ballot. Once you’ve completed a ballot, your tear off the stub and place it into a box that will be reconciled later by elections officials, then you take the ballot itself to the scanners.

Once in the scanner, the voting machine will let you know if you completed your ballot properly and allow you to make changes before it’s accepted. Once you say your ballot is correct, there’s no getting it back.

"Then the ballot is deposited down here into the actual ballot box," Mike West, Director of the Outreach Department for the Cuyahoga County Board of Elections, said. "You can see there are seals all over it that are numbered.

"These ballots remain in the building because it’s just as if it was Election Day where their votes are recorded on a memory stick – which will be brought over to the warehouse for tabulation."

Scanning a ballot isn’t the same as tabulating, aka counting. At the end of the night, ballot boxes are taken to a secure room in the facility that can only be opened if a bipartisan team of workers is available.

"The ballots that get cast here in this building stay in this building in a secure room under double lock and key until after the election," West said, before showing us the deadbolts on the door marked Democratic and Republic.

Inside in the room, that politically balanced group of workers sorts paper ballots by city into blue bins. Sorting the ballots now is helpful down the road.

"Since they’re paper ballots, if there’s any discrepancies or anything we might think is wrong, they’re available for scanning to match against the votes recorded on the memory stick," West says.

The ballots will remain locked in that room until election night. Eventually. they’ll be moved to a warehouse vault according to retention policies in place.

There’s a similar process for mail-in ballots and ballots delivered to official drop boxes. The difference is those ballots are handled at a different location.

"Those ballot envelopes go to our warehouse, where they’re opened, processed, and we check all the information to make sure it’s correct," West told us. "If it’s a match, then the ballot is accepted, then it’s scanned in but not tabulated until election night at 7:30."

Again, all the scanned data isn’t counted until polls close on Election Day. In the meantime, all Board of Elections facilities are monitored by security staff and cameras keeping an eye on things 24 hours a day, seven days a week. All of this to make sure your vote counts.