WILLIAMSPORT, Pa. — For the third year in a row, Cecilia Fink has organized the Pie Day 5K run on Thanksgiving Day in Williamsport. “It starts here at the... 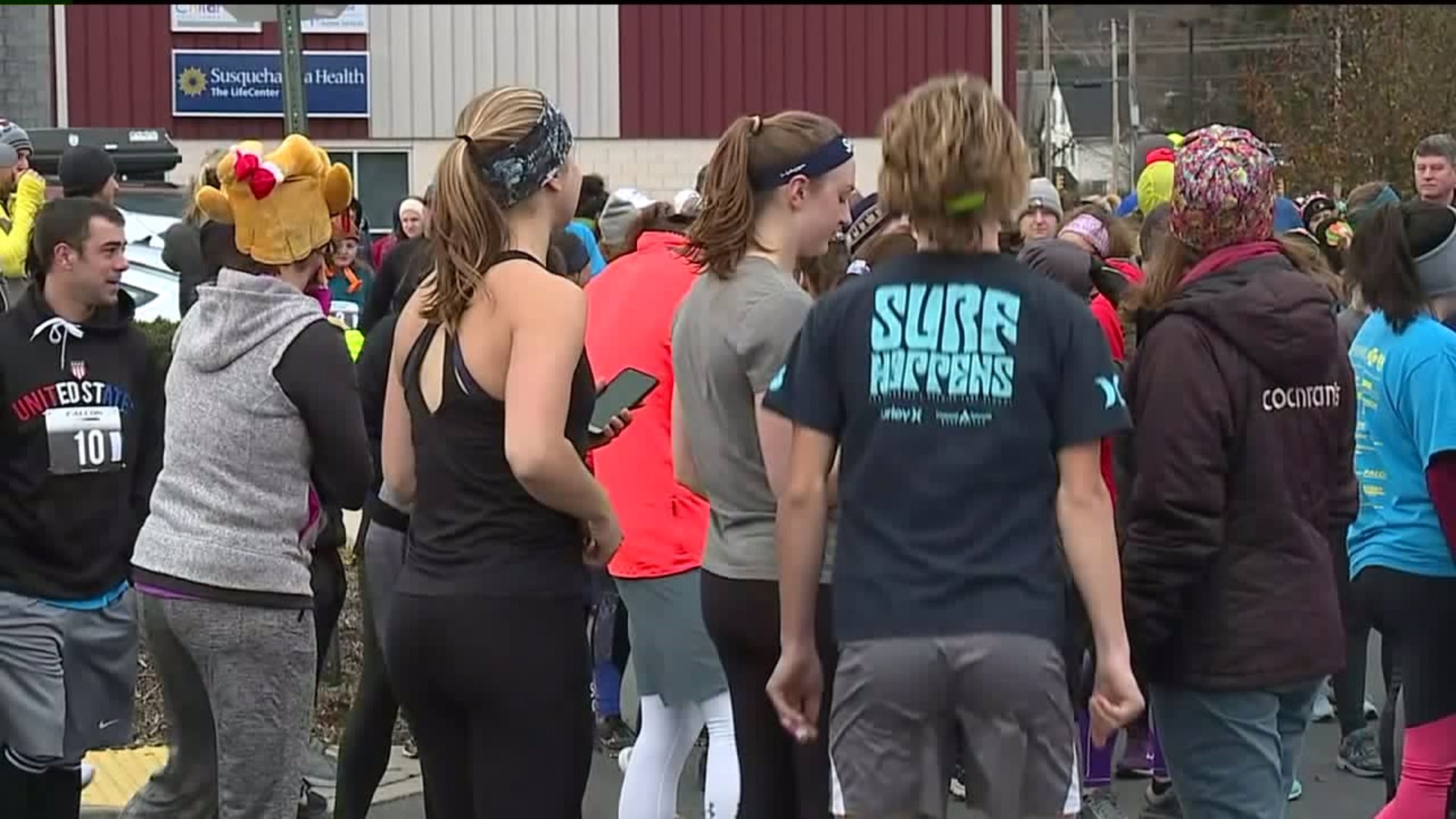 WILLIAMSPORT, Pa. -- For the third year in a row, Cecilia Fink has organized the Pie Day 5K run on Thanksgiving Day in Williamsport.

“It starts here at the YMCA, it goes around Cochran school, up Vallamont and then goes around the hospital and finishes back here,” Fink said.

“We give the money to a Live Strong program here at the YMCA. They help cancer survivors get back into strength after chemotherapy, you know to get healthy again,” Fink said.

“She was determined to do this, had the idea, was excited about getting it off the ground and pushed to

Last year's Pie Day 5K saw over 200 people run in the event, and according to organizers, that number has doubled for this year's 5K run.

“It’s great that like everybody wants to come together and do an amazing thing, I mean, I am doing it, but everybody is coming together to help, and it’s just a great feeling,” Cecilia said.

One of those community members participating in the race is 88-year-old, Daniel Munsell. He told Newswatch 16 that this is his favorite way to spend the holiday.

“All my friends are out here and the healthy people you know it’s kind of a challenge, I don't know if I will win, but I’m going to give it my best try,” Munsell of Williamsport said.

Other runners were just excited to compete.

“I decided to run today because I ran cross country this year and I’m feeling pretty good... we'll go for nineteens, I’m going to be in the nineteens today,” Keegan Vanderlin of Williamsport said.

This year's Pie Day 5K raised more than 10-thousand dollars for cancer research. The winner in each age group got to take home a Thanksgiving pie as their trophy.