Hazleton, Pa.  — Hazleton native son Joe Maddon is back in his hometown of Hazleton this weekend. And tonight, he hosted his annual bash to raise money fo... 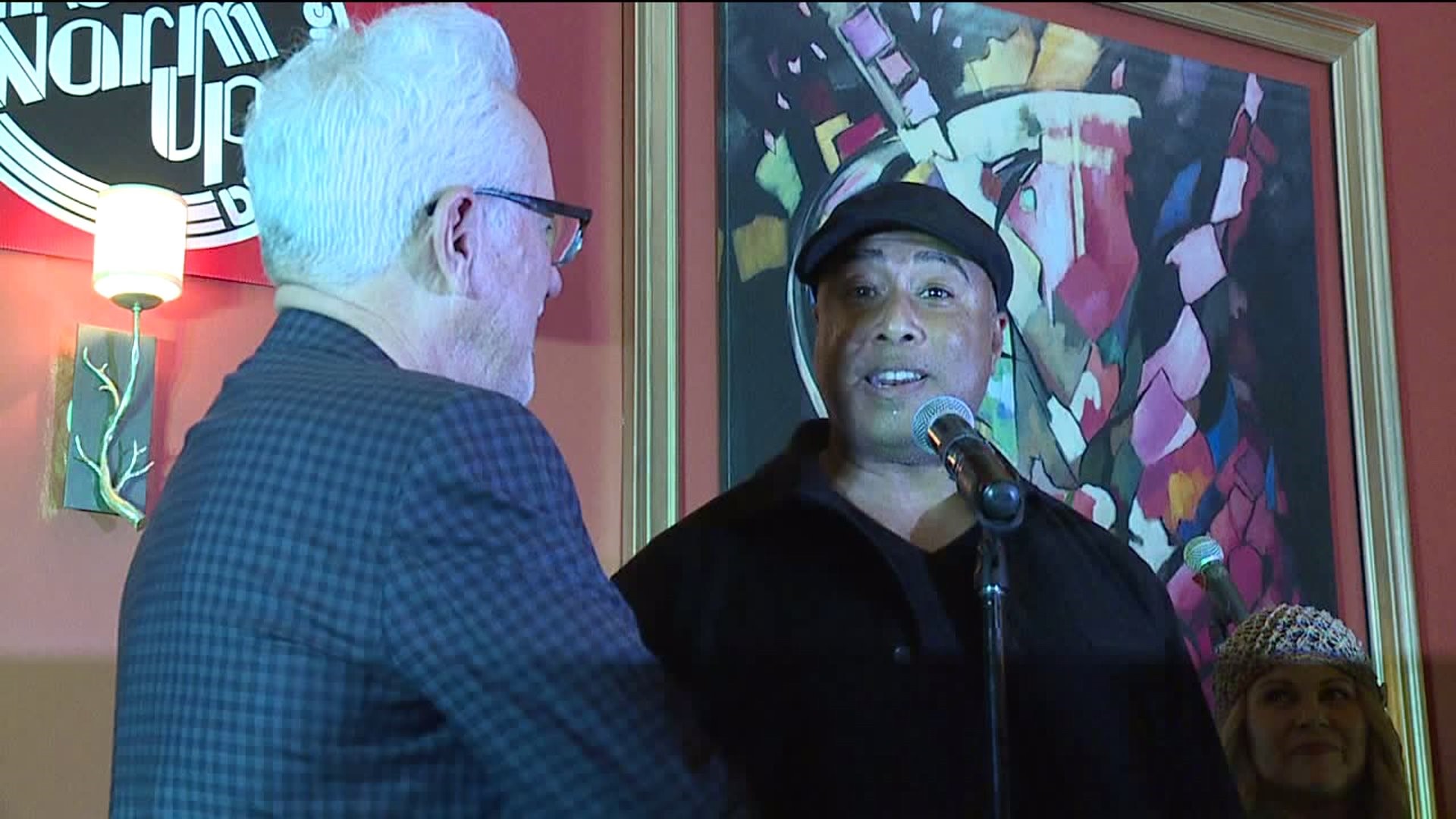 Hazleton, Pa.  -- Hazleton native son Joe Maddon is back in his hometown of Hazleton this weekend.

And tonight, he hosted his annual bash to raise money for the Hazleton Integration Project called HIP.

At The Pines Eatery in Hazleton, the community came together for a good night, all for a good cause.

This was Hazleton native Joe Maddon`s “HIP Holiday Broad Street Bash”, an annual fundraiser that raises money for a program close to the heart of the Los Angeles Angels manager: the Hazleton Integration Project that Maddon created in 2013.

“It`s been a slow process. We didn`t expect anything rapid,” said Maddon. “But it`s been slow and it`s been great and if you go to our community center now there`s a lot of folks that pass through our portals everyday.”

The Hazleton Integration Project is known as HIP, it is housed in the Hazleton One Community Center on East 4th  Street and not only provides multiple after school programs for the area`s youth but also seeks to unite people of different cultures.

“The Anglos were not into the Hispanic community and vice versa so we had to create a bridge in order get the people on the same side,” said Maddon.

Partygoers took part in live and silent auctions, bidding on a range of sports memorabilia and tried their luck on games of chance.

And like every other year, Maddon brought along some famous faces; this year his friends from Major League Baseball: former New York Yankee outfielder Bernie Williams and Chicago Cubs manager David Ross.

“About this community, about making sure that we make an impact on it for the people that need that help, I am Puerto Rican born and raised,” said Williams.

“It`s not often you see prominent stars in life coming back to their community and wanted to give back,” said Ross.

The executive director of HIP says this annual fundraiser is crucial to the program`s survival.and without the funds raised here, hip wouldn`t be able to do what it does for the community.

“We raise so much money on an evening like this and all of the money goes directly towards helping some of our economically challenged children in our area,” said executive director Bob Curry.

Another year, another fundraiser and another home run for Joe Maddon.