Trump's statements come in tweets that include several baseless claims about the Nov. 3 election, which state and federal officials say was safe and secure. 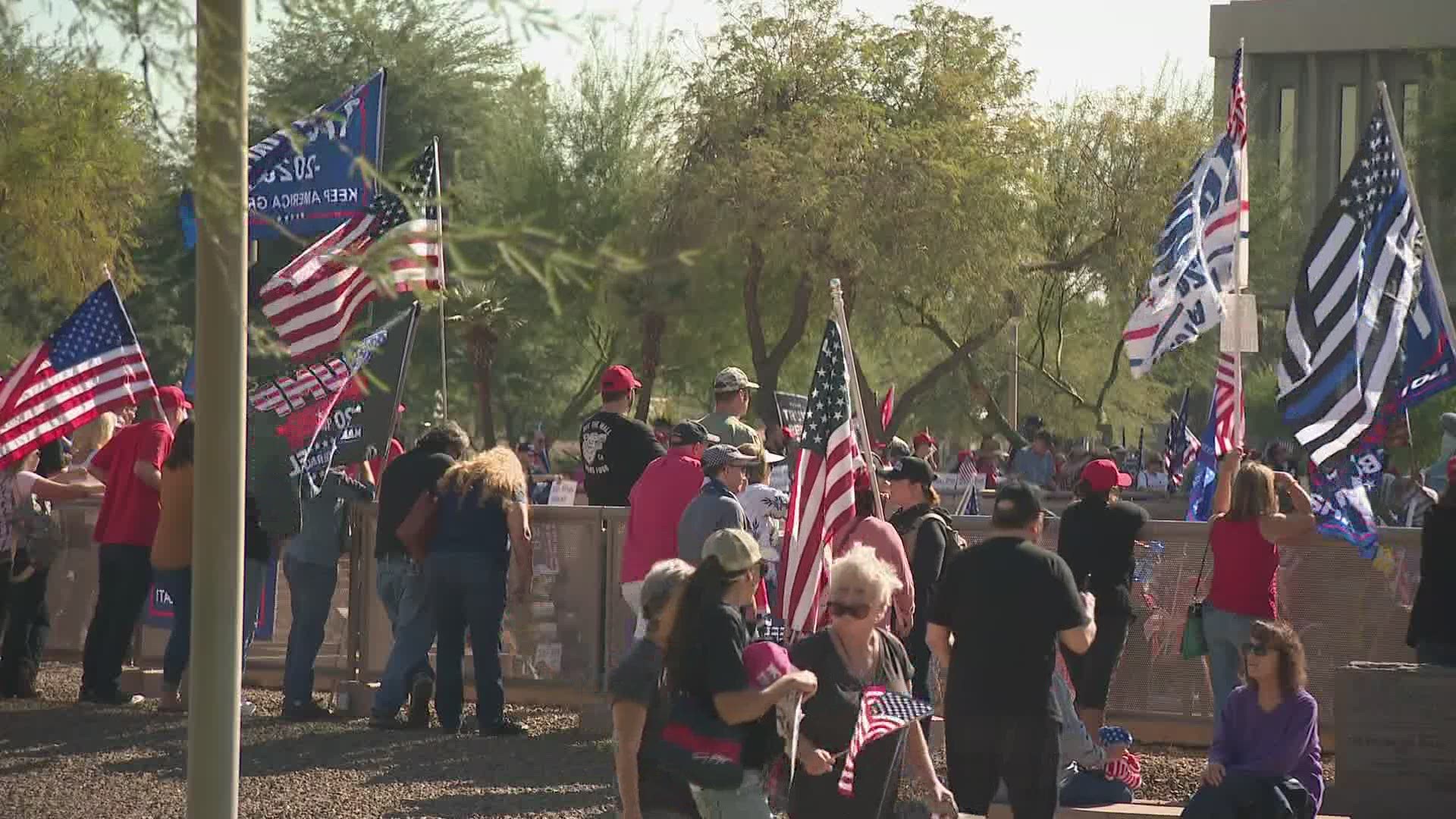 WASHINGTON — President Donald Trump worked to take back an apparent acknowledgment that Joe Biden won the White House and was making clear he would keep trying to overturn the election result.

Trump's earlier comments Sunday had given some critics and supporters hope that the White House was ready to begin working on a transition with Biden's team. Not so fast, Trump soon assured.

Trump, without using Biden's name, said that “He won" as part of a tweet that made baseless claims about a “rigged" election. But as the Republican president saw how his comments were being interpreted as his first public acknowledgment of a Biden victory, he quickly reversed course.

“He only won in the eyes of the FAKE NEWS MEDIA,” Trump subsequently tweeted. “I concede NOTHING! We have a long way to go. This was a RIGGED ELECTION!”

He only won in the eyes of the FAKE NEWS MEDIA. I concede NOTHING! We have a long way to go. This was a RIGGED ELECTION!

There was no widespread fraud in the 2020 election. In fact, election officials from both political parties stated publicly that the election went well, and international observers confirmed there were no serious irregularities. Trump’s campaign has tried to mount legal challenges across the country, but many of the lawsuits have been thrown out and none has included any evidence that the outcome might be reversed.

Biden, a Democrat, defeated Trump by winning back a trio of battleground states: Michigan, Wisconsin and Pennsylvania, and topped the 270 electoral vote threshold to clinch the presidency. Biden so far has 78.8 million votes, the most ever by a winning candidate, to Trump's 73.1 million.

A Republican governor, Arkansas’ Asa Hutchinson, said “it was good, actually” to see Trump's tweet that Biden won. “I think that’s the start of an acknowledgment. ... We want to make sure that there is a smooth transition,” Hutchinson said on NBC.

Nearly two weeks after Election Day, Trump has neither called Biden nor made a formal concession, and White House officials have insisted that they are preparing for a second term.

Former President Barack Obama, in an interview conducted and aired Sunday on CBS’ “60 Minutes,” said he would remind Trump that, as president, he is a public servant and a temporary occupant of the office.

“And when your time is up then it is your job to put the country first and think beyond your own ego, and your own interests, and your own disappointments,” Obama said. “My advice to President Trump is, if you want at this late stage in the game to be remembered as somebody who put country first, it’s time for you to do the same thing.”

“I’m more troubled by the fact that other Republican officials who clearly know better are going along with this, are humoring him in this fashion. It is one more step in delegitimizing not just the incoming Biden administration, but democracy generally. And that’s a dangerous path,” he said.

In recent days, Trump appeared to be inching closer to acknowledging the reality of his loss. In comments Friday in the Rose Garden about a coronavirus vaccine, Trump said his administration would “not be going to a lockdown” to slow the spread of COVID-19, and added that “whatever happens in the future, who knows which administration it will be? I guess time will tell.”

Trump on Sunday renewed his groundless attacks on an election technology firm, Dominion Voting Systems, without evidence of any serious irregularities. Dominion has said it “denies claims about any vote switching or alleged software issues with our voting systems.”

The Cybersecurity & Infrastructure Security Agency, a federal agency that oversees U.S. election security, said in a statement last week that the “November 3rd election was the most secure in American history.” The agency said, ”There is no evidence that any voting system deleted or lost votes, changed votes, or was in any way compromised."

John Bolton, a former Trump national security adviser, said it was important for Republican Party leaders to explain to voters that Trump did lose and that his claims of election fraud are baseless. Bolton left the administration last year. He says he resigned; Trump says he fired Bolton.

John Bolton was one of the dumbest people in government that I’ve had the “pleasure” to work with. A sullen, dull and quiet guy, he added nothing to National Security except, “Gee, let’s go to war.” Also, illegally released much Classified Information. A real dope!

“I think as every day goes by, it’s clearer and clearer there isn’t any evidence. But if the Republican voters are only hearing Donald Trump’s misrepresentations, it’s not surprising that they believe it," Bolton said on ABC's “This Week." “It’s critical for other Republican leaders to stand up and explain what actually happened. Donald Trump lost what by any evidence we have so far was a free and fair election."

Having none of that was Rudy Giuliani, the president's personal attorney who is helping lead Trump's national legal front on the election challenge. In a television appearance that Trump previewed on Twitter after his morning tweets, Giuliani denied Trump was conceding — “No, no, no, far from it.”

Associated Press writers Will Weissert in Wilmington, Delaware, and Zeke Miller in Washington contributed to this report.