One of the inmates was serving 35 years for child molestation and the other was serving 100 years for kidnapping and second-degree burglary. 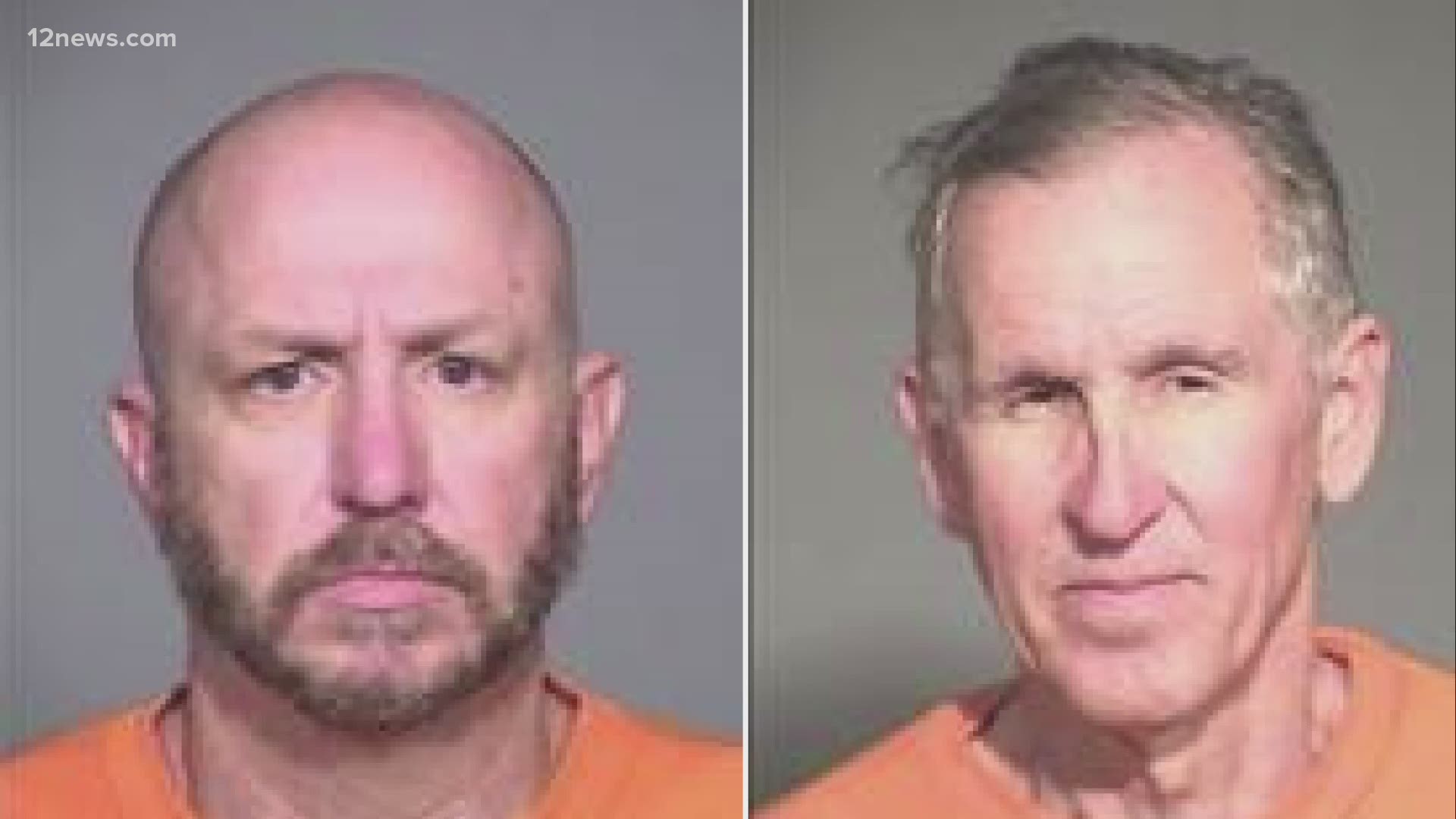 Police are still searching for two escaped medium-custody inmates after they were not accounted for during the 8:30 p.m. count Saturday evening at the Arizona State Prison Complex in Florence.

Law enforcement is offering a $35,000 reward per each inmate for information on the whereabouts of the escaped inmates.

One of the inmates, John Charpiot, was serving 35 years for child molestation and sexual abuse charges. The other inmate, David Harmon, was serving 100 years for kidnapping charges and second-degree burglary charges.

The Arizona Department of Corrections, Rehabilitation and Reentry said the last time the two inmates were accounted for in that prison was at the 4 p.m. count Saturday afternoon.

The inmates were out for a recreation break at the time of their escape when they were believed to have stolen bolt and wire cutters.

Those have since been recovered, according to department officials. The investigation into specifics of the escape is ongoing.

Authorities are doing door-to-door searches in a several mile radius around the state prison.

The search includes roadblocks out of Florence, two different SWAT teams, air units and investigators contacting possible affiliates of the inmates. The U.S. Marshals Service also is assisting in the search.

"This is currently ADCRR’s top priority, and all available resources are being employed to the search effort," the department said in a press release.

"The department has dispatched its chase teams, tracking dog teams and fugitive apprehension unit to find the fugitive inmates. Local authorities and the Arizona Department of Public Safety are also assisting in the search."

DPS says Harmon Charpiot attempted to rob a business in Florence over the weekend, and that both men have ongoing medical issues and may attempt to visit drug stores or pharmacies.

Anyone with information regarding the escaped inmates has been instructed to call Silent Witness at 480-948-6377 or 911. Do not engage with them as they are believed to be armed and dangerous, authorities say.

On Saturday, Jan. 23, 2021, fugitives David Harmon & John Charpiot attempted to rob a business in Florence. The attached image depicting the fugitives was taken from security footage.

Both men have ongoing medical issues and may attempt to visit drug stores or pharmacies. (1/2) pic.twitter.com/rhKdJd2QBL

This is a developing story. Tune into 12 News for the latest information.

These subjects remain at large. If you see something, say something. Consider them dangerous, do not attempt to engage them on your own. Call 911 immediately. A reward of $35,000 per inmate is available. Anyone with information is asked to call Silent Witness at 480-WITNESS. pic.twitter.com/qYQe2EFEfB