The House Speaker named Rep. Adam Kinzinger of Illinois to the committee that will investigate the Capitol insurrection. 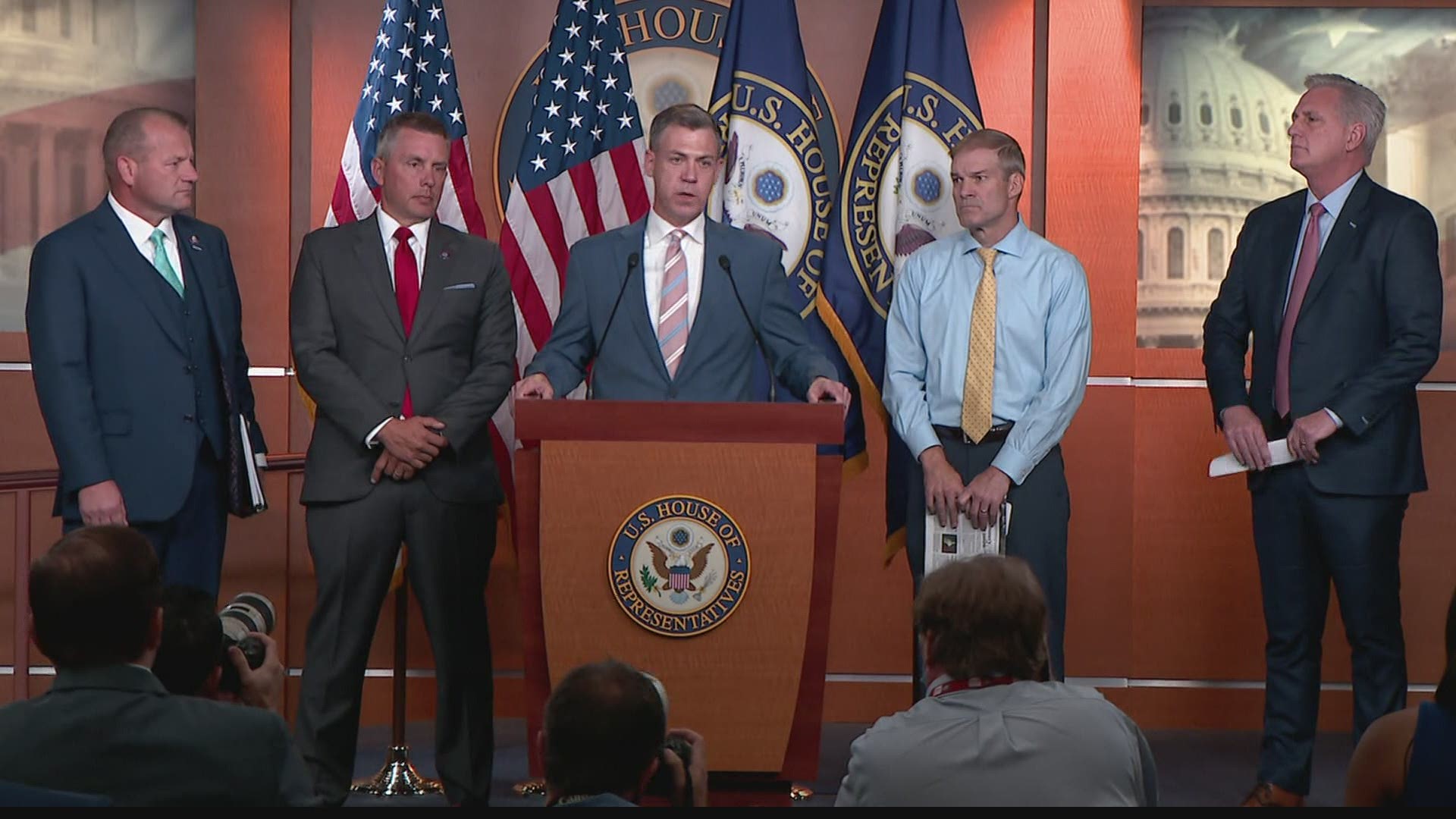 WASHINGTON — House Speaker Nancy Pelosi on Sunday named a second Republican critic of Donald Trump, Rep. Adam Kinzinger, to a special committee investigating the Capitol riot and pledged that the Democratic-majority panel will “get to the truth.” Kinzinger said he “humbly accepted” the appointment even as his party's leadership is boycotting the inquiry.

With the committee set to hold its first meeting, hearing from police officers who battled the rioters, Pelosi said it was imperative to learn what happened on Jan. 6, when insurrectionists disrupted the congressional certification of Joe Biden's presidential victory, and why the violent siege took place. That mission, she said, must be pursued in a bipartisan manner to ensure “such an attack can never happen again.”

Kinzinger, an Illinois Republican, will bring "great patriotism to the committee’s mission: to find the facts and protect our Democracy,” she said in a statement.

He joins Rep. Liz Cheney of Wyoming, as the two committee's Republicans, both selected by the leader of the opposition party. Kinzinger and Cheney were among the 10 House Republicans to vote for Trump’s second impeachment. They were the only two Republicans who voted last month to form the special committee.

“For months, lies and conspiracy theories have been spread, threatening our self-governance,” Kinzinger said in a statement. “For months, I have said that the American people deserve transparency and truth on how and why thousands showed up to attack our democracy.”

“I will work diligently to ensure we get to the truth and hold those responsible for the attack fully accountable," he said.

House Republican leader Kevin McCarthy has said the GOP will not participate after Pelosi, D-Calif., refused to accept two of the members he picked.

McCarthy, R-Calif., has said the committee was a “sham process” and withdrew his five members when Pelosi rejected two of them, Reps. Jim Banks of Indiana and Jim Jordan of Ohio. Both voted on Jan. 6 against certifying Biden’s election victory over Trump and both are outspoken allies of the former president.

In a statement Sunday, McCarthy said Pelosi's decision to reject his picks and appoint members “who share her preconceived narrative will not yield a serious investigation” and is intended “to satisfy her political objectives.”

Kinzinger and Cheney have faulted Trump as a factor in spurring the insurrection with his persistently false claims that the 2020 election was “stolen” due to voting fraud.

In recent weeks, Kinzinger has suggested he would be open to serving on the committee, despite threats from McCarthy that Republicans who accept a spot could be stripped of their regular committee assignments as retaliation for participating.

“It's clear that Pelosi only wants members on this committee who will stick to her talking points and stick to her narrative. That’s why she’s picked the group that she’s already picked,” Banks said on “Fox News Sunday.” He said that “anyone that she asks to be on this committee, from this point moving forward, will be stuck to her -- her narrative, to her point of view. There won’t be another side.”

The House voted in May to create an independent investigation that would have been evenly split between the parties, but Senate Republicans blocked that approach. Pelosi said the new panel was being created only because a bipartisan commission was no longer an option.

Currently Cheney sits on the committee along with seven Democrats — ensuring they have a quorum to proceed, whether other Republicans participate or not.

Pelosi expressed confidence that the committee’s work will be seen as bipartisan and credible even with McCarthy’s effort to boycott the panel.

“We have to, again, ignore the antics of those who do not want to find the truth,” she said. “We will find the truth. That truth will have the confidence of the American people because it will be done patriotically and not in a partisan way.”

Seven people died during and after the rioting, including a woman who was shot by police as she tried to break into the House chamber and three other Trump supporters who suffered medical emergencies. Two police officers died by suicide in the days that followed, and a third officer, Capitol Police Officer Brian Sicknick, collapsed and later died after engaging with the protesters. A medical examiner determined he died of natural causes.