Millions of workers calling it quits

Millions of Americans are calling it quits. The Department of Labor says it's a record-breaking number. 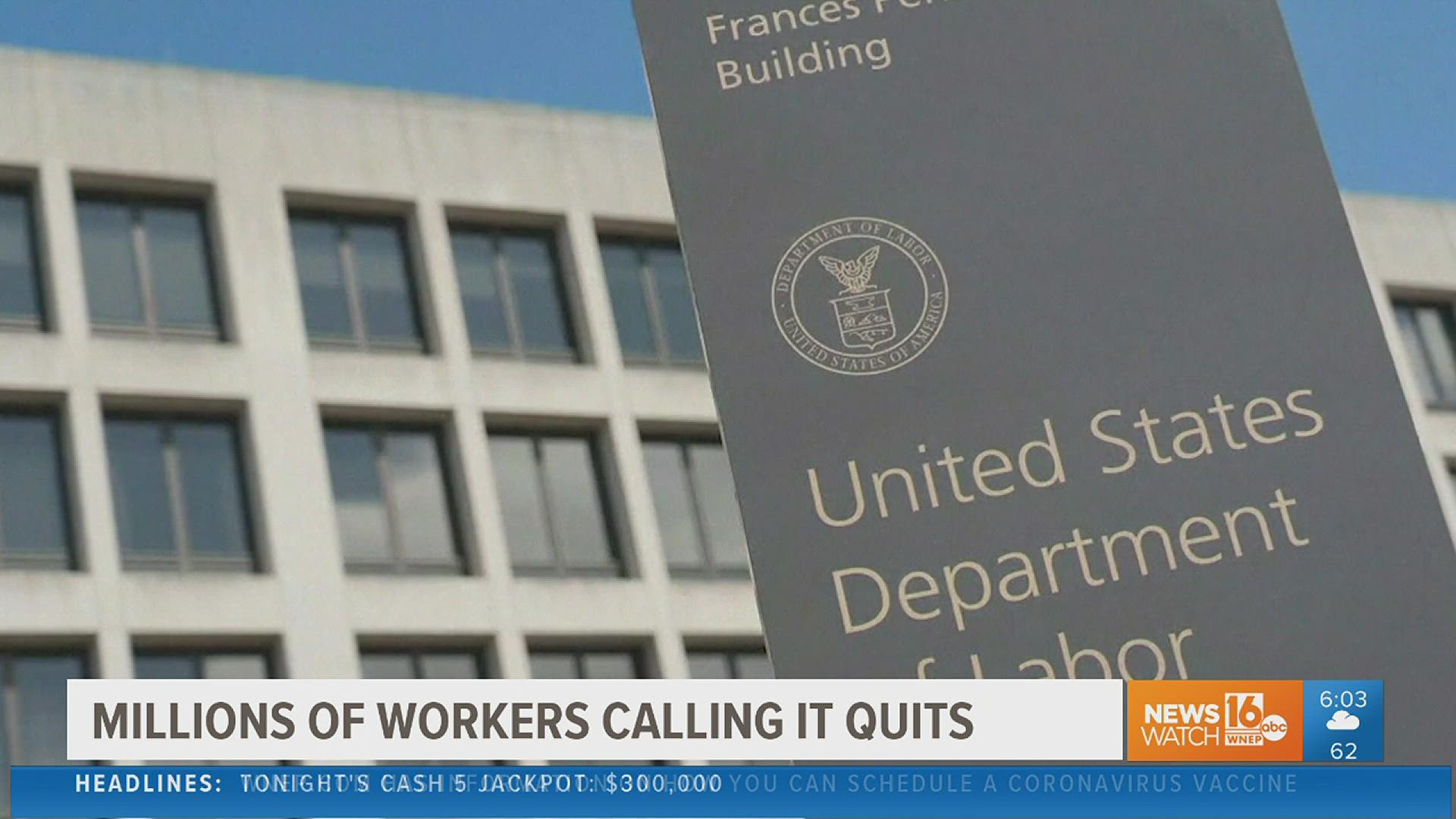 PENNSYLVANIA, USA — As employers across the country are looking to hire, new data sheds more light on just how hard it is to fill positions.

More Americans quit their jobs in August than any month on record.

Americans are leaving their jobs in droves, and that could be partly to blame for the ongoing labor shortage.

The U.S. Department of Labor now says more than 4 million people walked out on jobs in August.

The department suggests the COVID-19 delta variant could have had an impact.

As COVID-19 cases surged over the summer, more people quit.

Many of those jobs are restaurants or hotels, places where staff are more likely to be exposed to the virus.

The U.S. Department of Labor says hiring also slowed down in August, with half a million fewer jobs filled than in July. That's despite job openings at record levels.

The department says there are 62 percent more open jobs than last year.

Another reason so many may have chosen to quit, more workers may have been tempted by better pay elsewhere. Desperate employers have been offering signing bonuses and higher wages hoping to attract employees.