Taxing time: How the pandemic will affect filing your taxes

The IRS will begin accepting tax returns on Feb. 12. Here’s a breakdown of what you should know before you file. 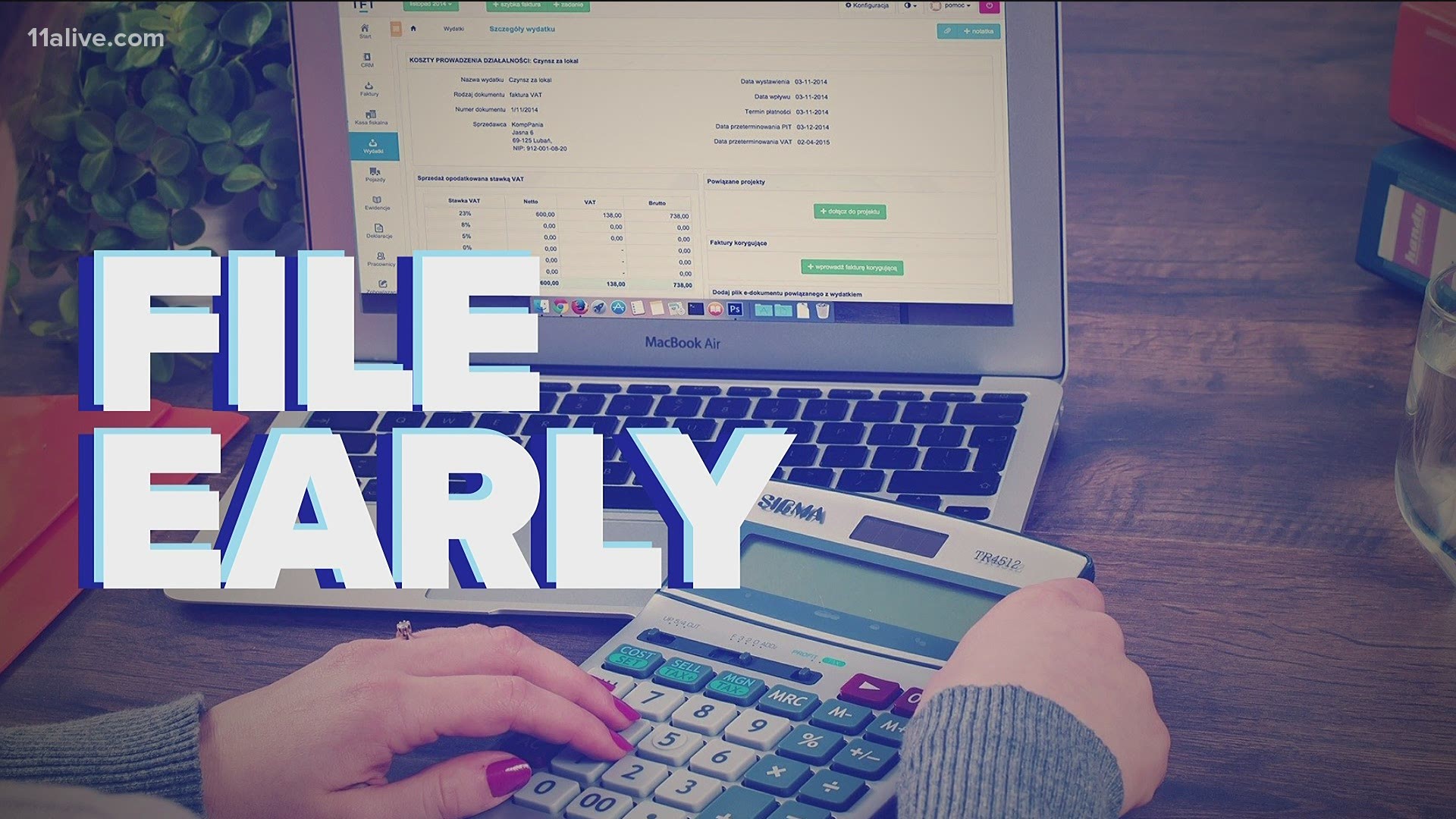 WASHINGTON — Tax filing season will start a bit later this year and look a bit different too. That’s because the pandemic that defined 2020 has seeped into tax time too. If you worked from home, received a relief payment, took on some gig work or filed unemployment benefits — or someone filed a fake claim in your name — there are things you need to be aware of. Likewise if you normally receive certain tax credits.

The IRS will begin accepting tax returns on Feb. 12. Here’s what you should know before you file:

Unemployment benefits are taxable income, which may surprise some filers.

Workers are not required to have federal taxes withheld from their benefit payments. While they are given the option to have it withheld, few opt to.

Additionally, unemployment benefits are always subject to federal taxes, but a handful of states do not tax it.

The two rounds of economic impact payments sent to millions of Americas are not taxable income. But people who did not get their payments, or received less than they were due, can get the proper amount by claiming the Recovery Rebate Credit on their 2020 taxes.

As a reminder, the first round of payment was worth up to $1,200 per eligible adult and $500 per dependent; the second was worth up to $600 for each eligible household member. Those who received a larger economic impact payment than they were due will not be penalized.

It's also worth noting that while no one has to pay tax on this income at a federal level, some states are taxing it.

RELATED: Third stimulus check update: Who gets the full $1,400 payment?

Working from home became the norm for many in 2020, but few will be able to claim their expenses for their new home office setup. That’s because the home-office deduction can only be taken by businesses or the self-employed. Employees can no longer claim any unreimbursed expenses following the last tax overhaul.

To properly claim a home office, it must be used “exclusively and regularly” as the principal place of business, said Lisa Greene-Lewis, a CPA and tax expert at TurboTax. That means the table where your kids do their homework, your family eats dinner and you do your work does not count.

Side note: It won't affect your federal taxes but if you relocated to a different state during the pandemic, you may owe state taxes in more than one location.

Congress put a temporary “lookback” provision in place for this tax season that could help many low and moderate-income households.

The provision allows taxpayers to use either their 2019 or 2020 income when claiming the Earned Income Tax Credit or Child Tax Credit. The eligibility and size of these credits vary based on household size and income. In general, the less earned, the larger the credit.

However, rampant unemployment put some families at risk of missing out or getting a smaller credit as unemployment is not considered “earned income” in the eyes of the IRS. In response, lawmakers are allowing taxpayers to pick which year’s income would yield the greatest benefit.

A number of people jumped into the stock market for the first time in 2020. But tax experts warn these investing newbies may not be fully aware of their tax obligation.

The most important thing to understand is you only pay taxes on investments when you “realize" their gains. So if you bought a stock in 2020 and its value went up — you won't pay taxes on those gains until you sell. And if it sank in value, the same rules of “realizing" apply. It hurts to have a loss but you can use those to offset your gains, up to a limit.

Made a killing at GameStop or another short squeeze? That won't come up until 2021 taxes, which aren’t due until next year. But it would be wise start making plans or anticipated payments on those taxes now.

Some types of trading activity can be complicated, so it may be wise to seek professional help in preparing your taxes.

Taxpayers may face a new challenge this year due to rampant unemployment fraud.

While millions of people sought legitimate unemployment benefit claims during 2020, scammers seized on the opportunity to commit identity fraud and make fake unemployment claims. California alone paid out $10.4 billion in fraudulent claims, according to a recent audit.

If you jumped into gig work, like many did during 2020, be ready at tax time.

A big shock may be facing the the self-employment tax rate, which for 2020 is15.3% on the first $137,700 of net income to cover Social Security and Medicare tax. This is not the same as income tax.

One way to help offset this strain is to make sure to claim all your expenses, said Greene-Lewis. This includes supplies, advertising or marketing startup costs, or any equipment or dedicated home office.

If you were driving for a ride sharing service or delivery company, make sure tp claim all the mileage you are eligible for. Consider smaller items too, like supplies for the car or car washing, which are eligible expenses.

One bright spot for the year is a new, temporary deduction for charitable donations.

Taxpayers can deduct up to $300 for cash donations given to charity even if they don’t itemize their deduction. The IRS estimates that about nine in 10 taxpayers now take the standard deduction instead of itemizing.