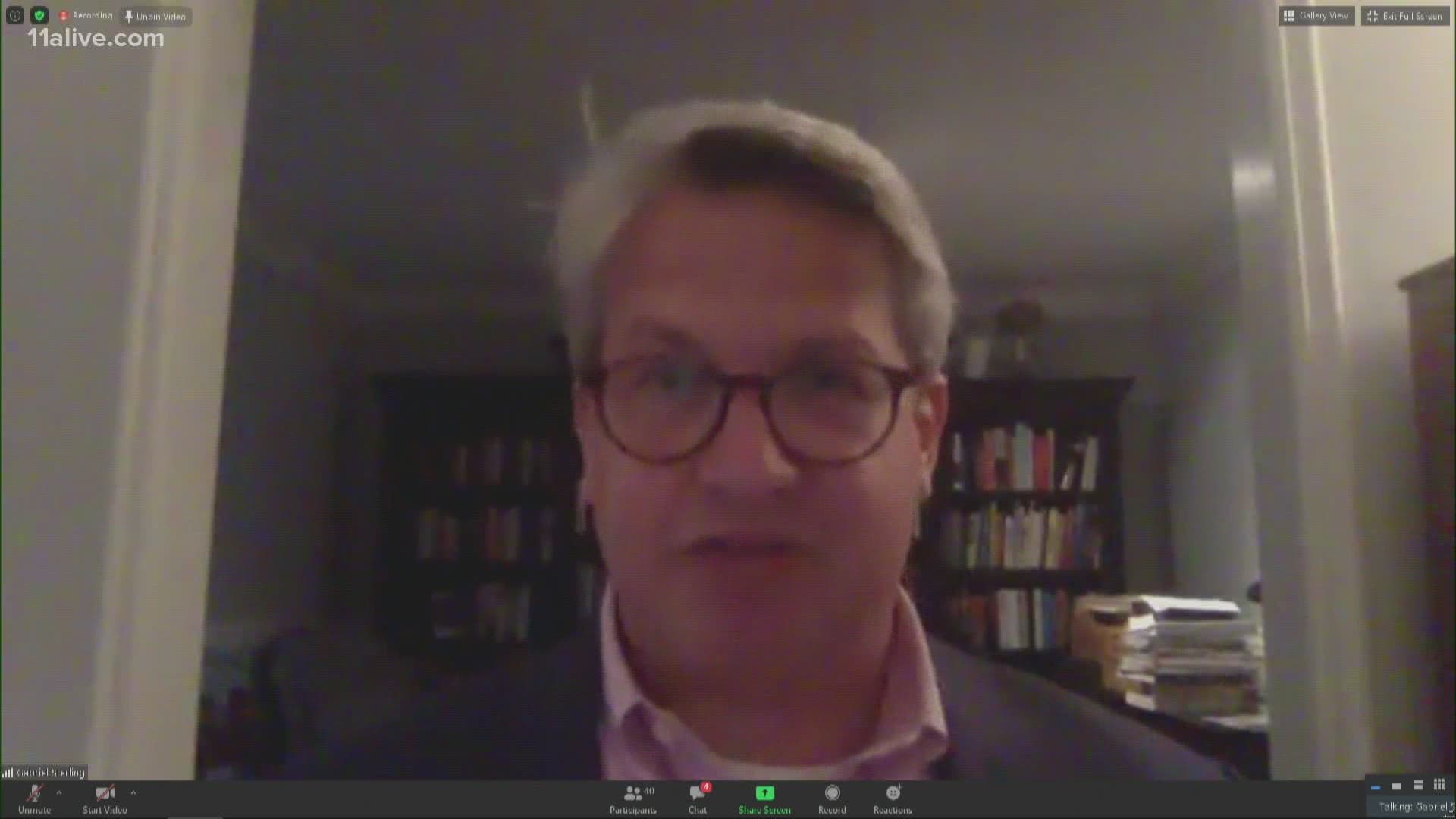 Georgia Secretary of State Brad Raffensperger says he's feeling pressured by fellow Republicans to question the validity of legally cast absentee ballots, he told the Washington Post Monday. It comes as the state, which President-elect Joe Biden leads, is undergoing a full hand audit due to the close margin over President Donald Trump.

Raffensperger also says things have gotten so heated following unproven claims of voter fraud by the Trump campaign, he and his wife have started receiving death threats. Although the report did not specify who was sending the threats, Raffensperger said he got one text message stating: “You better not botch this recount. Your life depends on it.” Raffensperger says he's reported the threats to state authorities.

A hand tally turned up 2,600 votes in one county Monday that weren't previously counted, but election officials said that isn't expected to alter the overall outcome of the race.

The Floyd County election board chairman said he didn't have an immediate breakdown of the newly discovered ballots but unofficial results previously reported showed Trump with 70% of the county's votes to 28.4% for Biden.

“The reason you do an audit is to find this kind of thing,” said Gabriel Sterling, who oversaw the implementation of the new statewide election system for the secretary of state's office.

Trump, who has made unfounded claims of voting irregularities and fraud, and his campaign have taken to social media to criticize the way the state's hand tally was being conducted. Raffensperger has responded in social media posts of his own disputing their claims. He's also said there is no evidence of widespread voter fraud.

The issues Trump’s campaign and its allies have pointed to are typical in every election: problems with signatures, as well as the potential for a small number of ballots miscast or lost.

Raffensperger says Sen. Lindsey Graham, R-S.C., has asked him if poll workers may have been politically biased to accept ballots with nonmatching signatures, the Post reported. Graham also reportedly asked if Raffensperger had the power to toss out all mail ballots in counties that have higher rates of signatures that don't match.

Raffensperger was described as being "stunned" by the request and said he doesn't even have that power because each county administers its own election.

Graham told the Post he never made such a suggestion, calling it "ridiculous." But did acknowledge asking Raffensperger about signature-matching procedures.

The Trump campaign has filed a federal lawsuit challenging how signatures are checked in each county. Raffensperger says he's fighting the lawsuit because it could reveal who individual people voted for.

Raffensperger also called out Rep. Doug Collins, R-Ga., who unsuccessfully ran for U.S. Senate in this election and who is leading the Trump campaign's efforts to prove fraud in Georgia. Collins reportedly has accused Raffensperger of surrendering to Democrats. Raffensperger responded, reportedly describing Collins as a “liar” and a “charlatan.”

Collins tweeted Monday a claim that both Democrats and Republicans are unified by Raffensperger’s "incompetence."

Sens. Kelly Loeffer and David Perdue, R-Ga., who are both headed to Jan. 5 runoff election against Democrats, have previously called on Raffensperger to resign. Raffensperger declined and urged his fellow Republicans to focus on their campaigns instead because the balance of power in the U.S. Senate hinges on them.

RELATED: FULL STATEMENT: Georgia Secretary of State responds to calls for his resignation