The U.S. ambassador to Britain has confirmed that an American was one of the three victims stabbed to death in a terror attack in England. 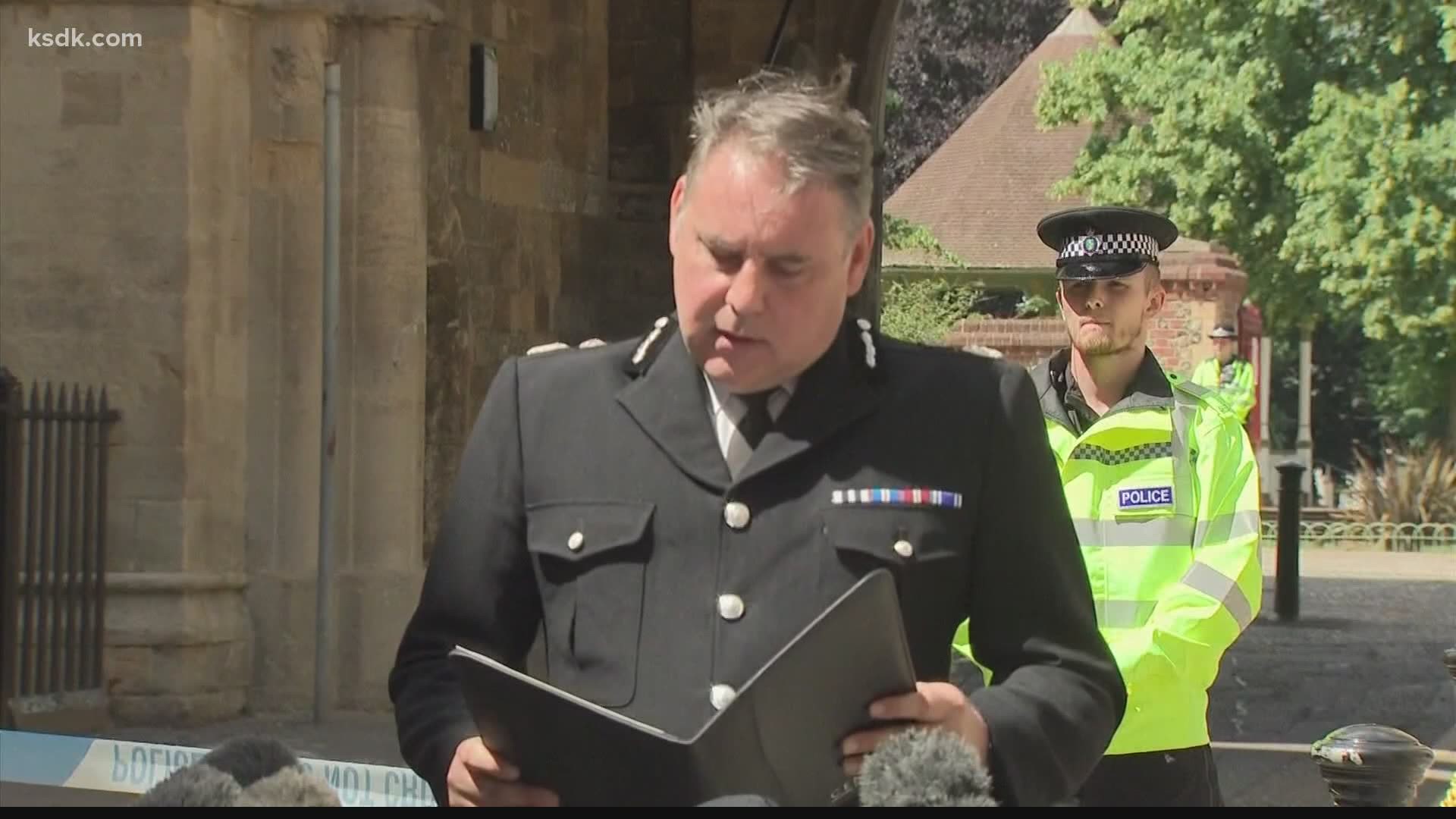 LONDON, UK — An American man was among the three victims stabbed to death in a park in the English town of Reading that is being treated as a terror attack, the U.S. ambassador to Britain confirmed Monday.

Ambassador Woody Johnson offered his “deepest condolences'' to the families of those killed in the attack on June 20. A 25-year-old man who is believed to be the lone attacker is in custody but officials said the motive for the carnage was unclear.

“Our thoughts are with all those affected,'' Johnson said. “We condemn the attack absolutely and have offered our assistance to British law enforcement.”

Three people were killed and three others seriously wounded in the stabbing attack Saturday evening in Forbury Gardens park in Reading, a town of 200,000 people 40 miles (64 kilometers) west of London.

Prime Minister Boris Johnson was being briefed on developments. His office said Johnson had met security officials, police and senior ministers on Sunday morning for an update on the investigation.

"My thoughts are with all of those affected by the appalling incident in Reading and my thanks to the emergency services on the scene," the United Kingdom Prime Minister Boris Johnson tweeted after the attack. "I’m appalled and sickened that people should lose their lives in this way. Our thoughts are with the families and friends of the victims."