FACTORYVILLE, Pa. — Millions of people around the globe are walking out of their jobs and their classrooms Friday in protest, all in an effort to save the... 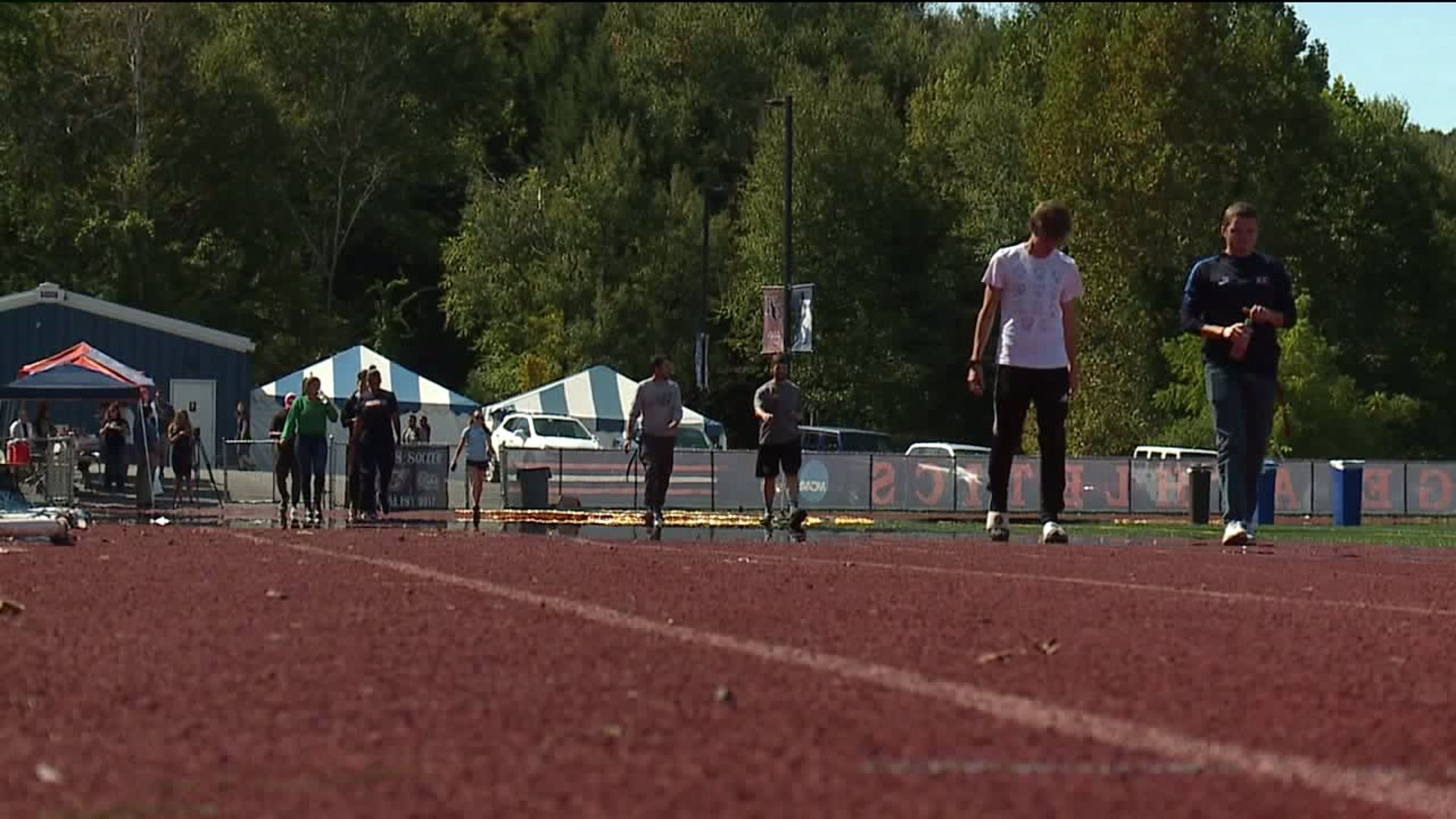 FACTORYVILLE, Pa. -- Millions of people around the globe are walking out of their jobs and their classrooms Friday in protest, all in an effort to save the planet.

One of those protests is happening at Keystone College in Wyoming County. Classes in the science department were canceled for the day.

Professors who organized the event at Keystone wanted to encourage students to spend the day outside. They anticipated more than 100 students would participate.

Titus tells Newswatch 16 she wants to see more laws and regulations to protect the environment. That's why she encouraged students in her biology class to take part in the global climate march.

"Our students are actually getting out with our permission to kind of voice their thoughts and their support of protecting the climate and protecting our planet."

Other professors in the college's science department followed suit. Joining in the march on the campus in Factoryville were more than 100 millennials with a message.

"You can say that a lot of young people are branded as uneducated when it comes to climate change, but the reality is that it's happening all around us," said Emily Sandly, president of the school's ecology club.

"When Joe Snedeker says it's gonna rain, it isn't 100 percent accurate that it's gonna happen, but chances are that (climate change) is going to happen," Michael Nally, also a member of the ecology club, added.

Organizers say this march is small, but participants are proud to be a part of something much bigger.

"Especially with like things that are happening in the rain forest and the Amazon and a bunch of fires and things happening. It's really important that we bring some sort of awareness to it and can do something to prevent certain things," said freshman Elijah O'Neal.

"There are a lot of small marches going on just like this one, and I think to make a chain reaction difference is important, and I think people will listen to those of us that are pushing for change," Sandly said.

The Keystone College ecology club is already educating the next generation. Before the march, they spent time teaching pre-K students how to recycle.