Police say two were taken to Wilkes-Barre area hospitals after being shot with arrows. 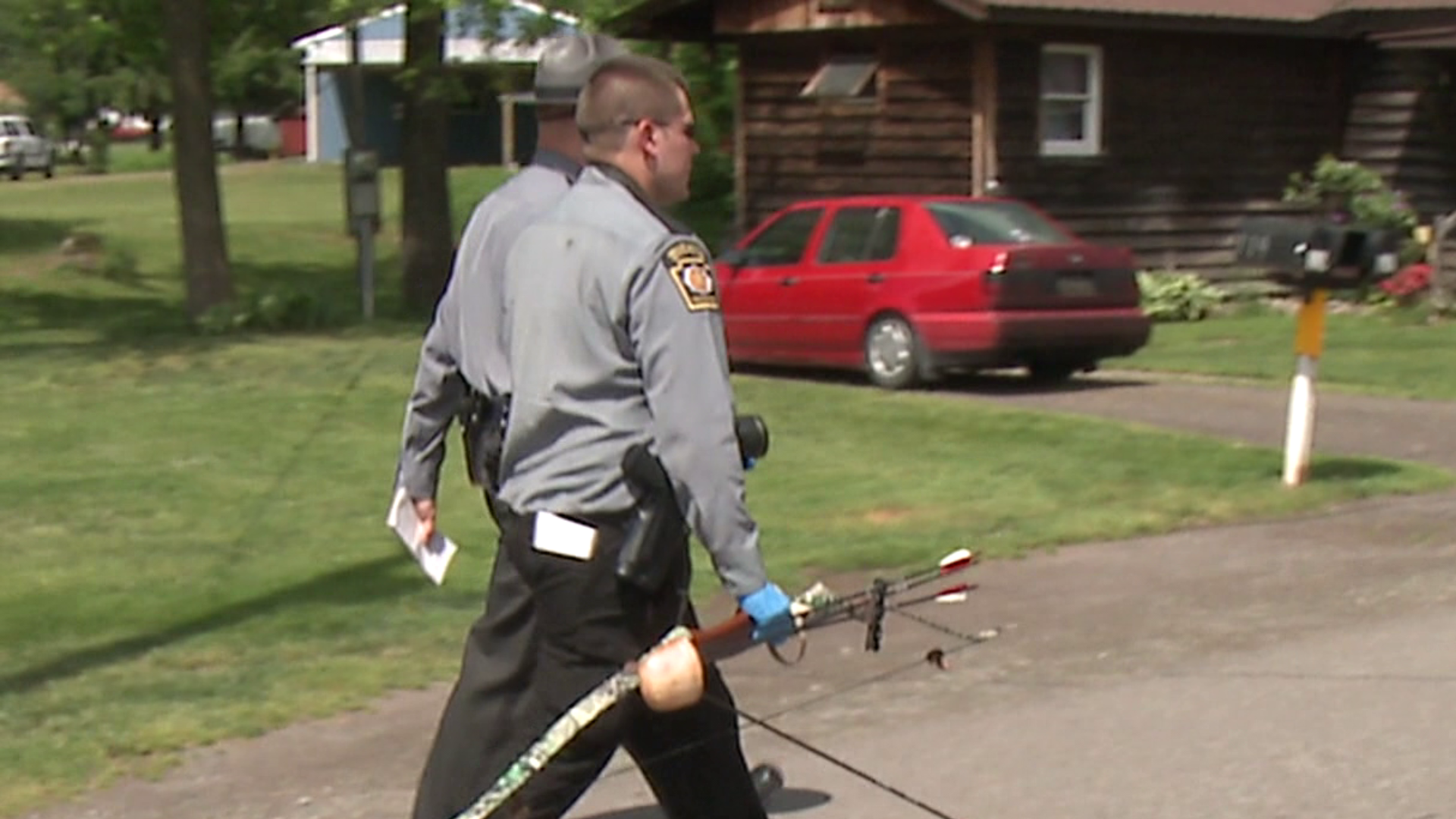 NOXEN, Pa. — UPDATE: According to court paperwork, a person named Russell Heath, which was the name given by a neighbor as the person taken into custody for the arrow assault, has been arrested. Docket sheets show 26-year-old Heath of Noxen is locked up in Wyoming County on charges including Attempted Homicide and Aggravated Assault. Bail is set at $1 million, which Heath could not post. A preliminary hearing is scheduled for June 11, 2020.

State Police tell Newswatch 16 they responded to a home on Island Road in Noxen Township just before 10 o'clock in the morning for a report of two people who had been shot by arrows.

Both were taken to Wilkes-Barre Area hospitals and are believed to be okay.

Police say the person responsible is a man who lived at the home.

Newswatch 16 watched as Troopers took him away from the scene.

They have not identified him but a neighbor, Jessica Eddy, told us that man is Russell Heath, and before he was in custody, she says he barged into her home next door.

"All of a sudden he comes through the door he is frantic he wasn't saying anything and I gave him a piece of paper he was writing down , you know, cause he can't talk, he's deaf," explained Eddy. "So he's writing down everything and he was saying that someone was trying to abduct him and so I left him inside the house and went outside and called  police. I didn't want to be inside with him didn't know if he had weapons on him or anything."

Eddy says shortly after the young man ran down the street, he was eventually taken into custody without any issues.

State Police brought a bow and arrows back to the crime scene from a home across Route 29.

Neighbors believe they were dumped there.

Eddy says she thinks this all started at some point yesterday.

"Because I know that the State police were there yesterday, but I didn't really know in detail what was going on," Eddy explained.

Yesterday State Police put out a missing person report for Heath, but he later returned home.

At this point Heath is still in police custody.

Troopers are working with the Wyoming County DA to decide whether charges should be filed.