MESHOPPEN TOWNSHIP — Two people are dead, and busy Route 6 was closed for hours Thursday after a four vehicle wreck in Wyoming County. The Meshoppen Polic... 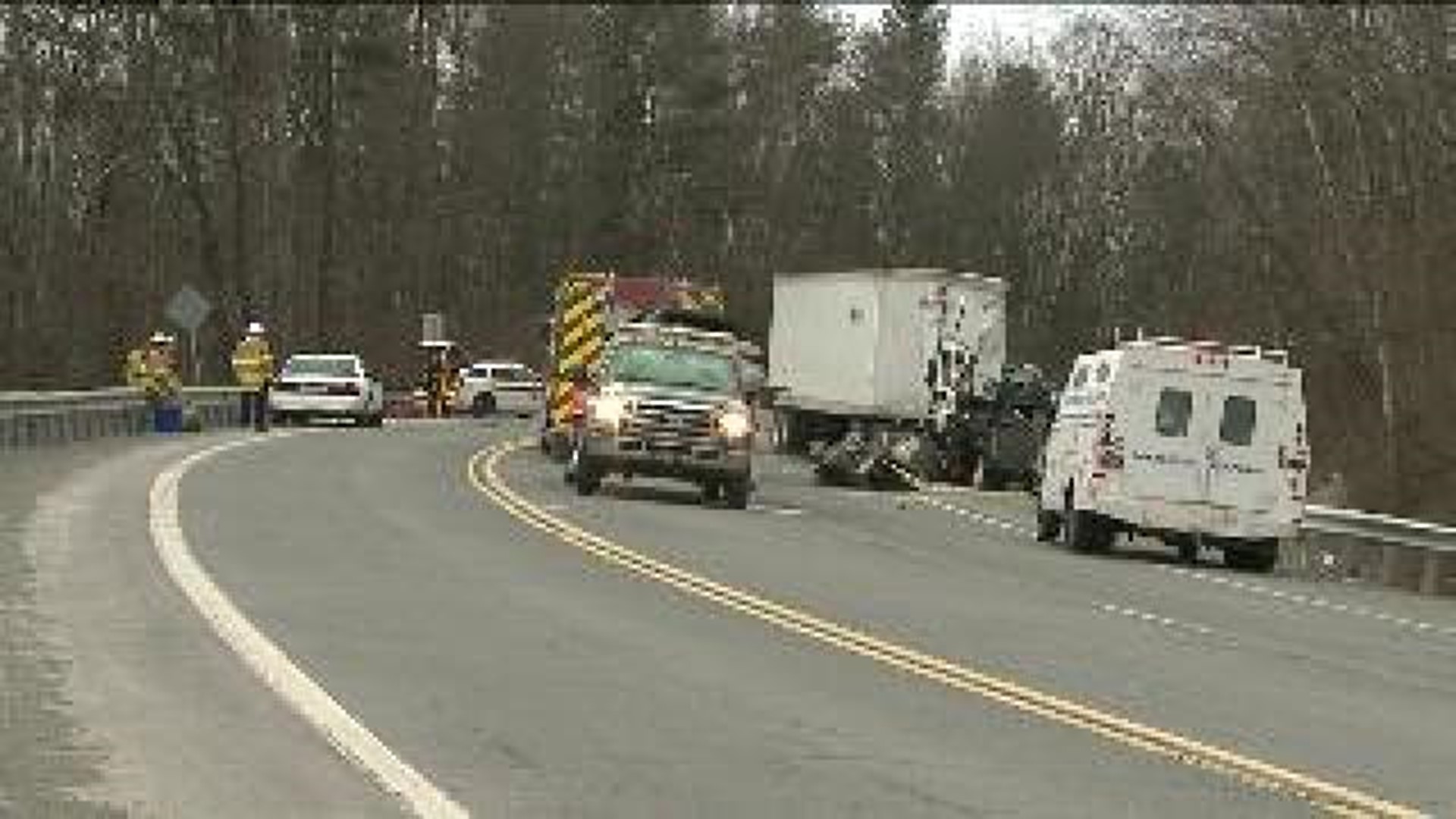 MESHOPPEN TOWNSHIP -- Two people are dead, and busy Route 6 was closed for hours Thursday after a four vehicle wreck in Wyoming County.

The Meshoppen Police Chief said the crash happened around 11:30 a.m. in Meshoppen Township after a tractor-trailer crossed into oncoming traffic.

The chief said the rig was coming around a curve, going downhill in the eastbound lane when the driver lost control and swerved into the two westbound lanes.

The rig hit another tractor-trailer, a car and a white pickup truck, eventually crashing into the guard rail, killing the driver.

Police said the driver of the pickup was also killed.

Investigators said both of those victims were men from New Jersey.

People living in the area said there have been several crashes along that part of Route 6, which sits along the Wyoming County Fairgrounds.

“I’ve known at least two people who have died there already in crashes in the same area,” said Vicki Hitchcock of Meshoppen.

The Meshoppen Police Chief said there was a deadly crash along this part of Route 6 in February.

People in the area believe drivers are going to fast when they hit the turn.

“The turn, the hill, the way that it`s sloped,” said April Hartshaw, “just a bad stretch of highway, it`s not a first unfortunately.”

“Bad stretch and when you travel that road where that corner is, the road kind of slopes there so that`s the biggest problem there I think,” said Hitchcock.

Route 6 in the area of the wreck was shut down for hours as state police reconstructed the crash.

A detour was set around the crash site, but that was no help for one driver whose truck was not allowed on side roads.

“We`re overweight, we`re permitted so we can`t go around, so we just got to sit and wait,” said Gerard Dauphisais who was trying to get home to Mansfield.

Meshoppen Police are continuing to investigate the crash in Wyoming County.